The liberating future of listening 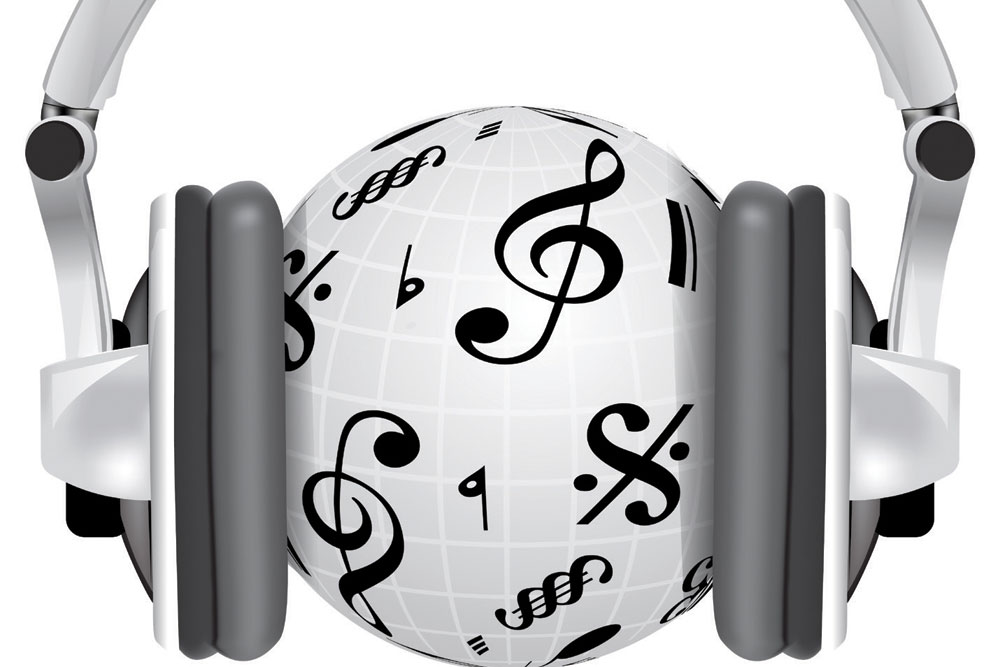 LISTENING TO MUSIC is rarely about just listening to music. The process is tied up in all kinds of knots. For instance, whenever I’m on a train gazing out the window heading to a faraway land like the star of a French film from the 70s, I end up falling in love with whatever is playing in my ears. Put me in a Delhi Metro during peak hours and, well, all the romance is sucked out of the moment. It’s about the ‘experience’, that elusive, fragile, indescribable emotion. The speakers or headphones you have, the device you’re using, the mood you’re in, the time of day, the weather—there are so many moving parts that help craft the perfect listening experience, the kind where you, for only a second or two, forget where you are. When the music stops playing on the outside and starts playing on the inside.

Something happens whenever I stream music. I feel conflicted: guilty and free together at the same time. Recently, I dipped into the world of Saavn, an Indian streaming platform. They claim to have 30 million songs, in Hindi, English and other languages. I can’t verify that claim since it’ll take me 200-odd years (human, not dog) to get through every single song on their list. But I do believe it. Apple Music has over 40 million songs; Spotify has over 30 million too. Depending on your taste, there’s an app that exists catering to your exact needs. The possibilities are endless.

Streaming, then, has become like this uncertain new future of music. We’ve gone from badly scribbled notations to live performances to LPs, tapes, CDs, MP3s/WAVs, to now playing infinite music on internet platforms for a small monthly subscription fee. Apple Music comes at a ridiculously cheap Rs 190 a month for a family pack. Gaana, another big hitter in the streaming space in India, offers its paid version for Rs 99 a month, same as Saavn. Amazon Prime Music is another new entry into the market, among a host of others. And then there’s good ol’ YouTube hanging around on the fringes. Most of these companies function on a ‘freemium’ model, where you get basic access for free but need to shell out a fee to get extra features. In addition to streaming, you get a bunch of other services, such as personalised or specially curated playlists, radio, exclusive releases, and commissioned content. Saavn, for example, has Artist Originals (AO), an artist development programme for South Asian artists.

The case of Spotify, arguably the company to break open this space worldwide in a struggling industry, is a bit more curious. You have many yuppie users already on it in India. This is through some techie-nerd wizardry, where you run a VPN, a virtual private network, to gain access. Yet the company hasn’t officially launched in India yet. It’s been in the pipeline for a while now.

Earlier this year, Spotify went public, and was valued at close to $30 billion. Last year, there were reports that it was in a 17-year lease agreement for its World Trade Center office, which amounted to $566 million in rent (an obscene $2.77 million per month).

And yet, there’s the underbelly. A few years ago, Thom Yorke, the vocalist of Radiohead, called Spotify the “last desperate fart of a dying corpse”. (Today, Radiohead’s music is on Spotify.) It’s a criticism pointed out widely by artists across the world, that Spotify—and streaming in general— doesn’t pay artists much. As per reports, artists get $0.003 per play, or 20 paisa.

That amount adds up when it comes to the big names—say a Kanye West or a Taylor Swift—who can afford to pull whatever stunts (exclusive releases, favouring one platform over the other; the usual popstar antics). It’s the smaller artist who loses out: the musician who spends all her savings on a new guitar, who has a day job so she can manage the Rs 250 an hour it costs to book a rehearsal space, who’ll hunt the market for an affordable producer willing to work on her songs for Rs 8,000 apiece.

Gone are the days of the excessive and excessively insufferable rock stars. Today, you have driven young folk trying to game the system and maybe make some pocket change along the way

The underground, in a way, gets lost in the shuffle. Especially the grassroots movements that exist everywhere. The non-playlist friendly artists trying something new, something different. Getting people to pay for music has been a seemingly impossible task ever since Napster redefined music listening forever through its piracy-driven model. But now it’s practically nonexistent. At under Rs 200 a month on Apple Music for access to just about every song ever written, the idea of paying for music is somewhat of a mirage.

Artists have recalibrated their approach to fit the new model, focussing instead on extensive touring and merchandise to survive. Gone are the days of the excessive and excessively insufferable rock stars. Today, you have driven young folk trying to game the system in a way that lets them get by, and maybe make some pocket change along the way. In India, most indie bands survive by investing their earnings back into the band, or pumping their income from a dreary day job to fund their passion. It’s a depressing state of affairs, and the odds are stacked against actual creators. And still there’s this air of positivity about streaming, as a model that’s yielding returns (possibly because the big bad labels are back to minting it after a few years in the red).

It’s complicated. While young, forward-thinking artists might be falling by the wayside in a congested space controlled by algorithms and major label sway, in the same breath there’s the idea that streaming provides accidental exposure to artists. It could take your music to a new audience.

THE FIRST TIME I heard, say, Nirvana, it changed my life. It was dumb luck and nothing else: I heard Lithium, accidentally, on a friend’s brother’s assorted MP3 CD, got myself a tape of Nevermind, and was never the same again. Streaming streamlines discovery. It’s thrilling; on any given day, there’s the chance that you could stumble upon something that could potentially change you. The pre-internet age, in India especially, meant that you had to go out of your way to find what you like. You had to scan old magazines, trawl the internet, rely on recommendations from unreliable narrators. Wait for magic. Access was limited. Of course, all meaningful art demands a degree of time and effort from the consumer. But this kind of access eliminates a major logistical obstacle. Users can spend all day jumping from one artist to a similar-sounding other, until something eventually sticks.

The flipside to this, of course, is that excessive choice can be daunting. And then there’s the omniscience of the internet. I need to turn off my phone, my WiFi periodically, just to maintain an illusion of sanity. Streaming music poses a distressing sense of reliance on the internet, and a difficulty in getting away.

Further, do I really ‘own’ the music I’m listening to? Ownership of art is a tricky concept to begin with. By paying $9 for a digital version of an album on Bandcamp, or picking up a band’s CD from a gig I go to, does it make that music mine? Does it solidify my relationship with an album if I’ve sought out a physical copy, or a digital download, and spent my money to acquire it, even though I don’t really need to? Am I a lesser fan if I steal it off Pirate Bay? Can I, or anyone, ever really ‘own’ a work of art, or am I just borrowing it? Streaming muddies these already dense waters.

Serious listeners tend to share a personal relationship with the creators of music that moves them. I often buy CDs or online albums despite already owning said music as a tiny form of support to its creators. And it provides me with an intangible sense of satisfaction that I have some kind of ‘right’ to that music — another word for this is being smug, perhaps—but I don’t get that same joy when I scroll through a playlist to find what I’m looking for.

That’s what it’s all about, really. The logistics—the process, the methodology— of how, when, where, why you listen to music is no more than a means to deriving the most joy out of the act. Of occasionally feeling that ephemeral emotion of transcendence. If this is the future, then I will learn to embrace it too, because it’s the end that matters most. But these reservations complicate matters. Streaming music is liberating—and it can be such a revelatory experience. But there’s all this baggage to contend with.