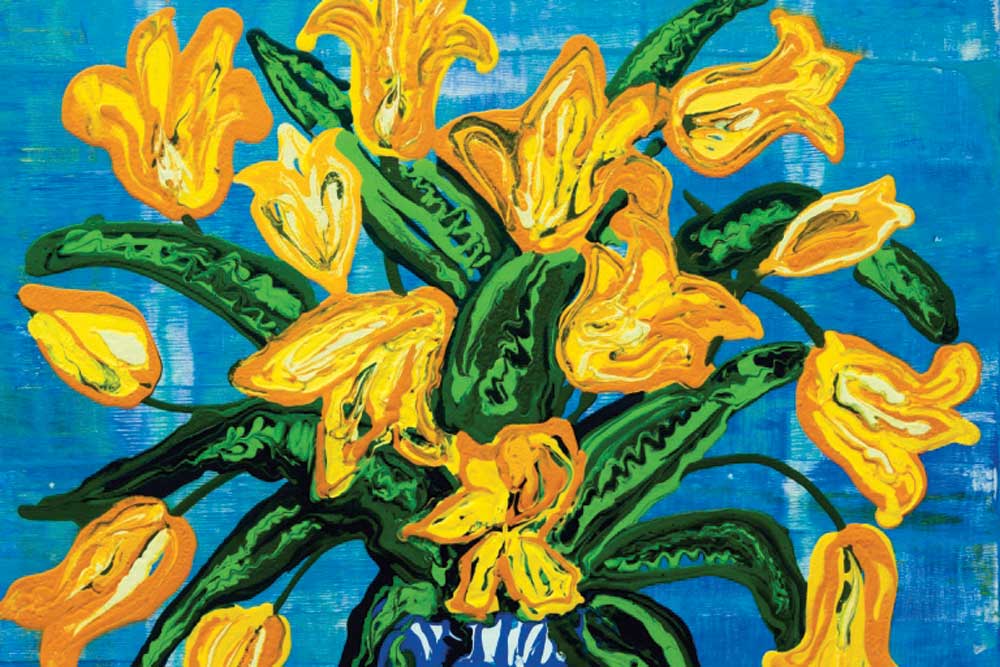 IF HOMES ARE a reflection of a person, then Anu Malhotra has an eye for detail. The 56-year-old sits on a sofa in her Lajpat Nagar home, dressed in an orange shirt and colourful pants, as her brown hair cascades gently onto her shoulders. She is surrounded by artefacts and artwork, from Chinaware and Turkish porcelain items, to works by Sunil Das, MF Husain and FN Souza, to tribal sculptures and statues from the Northeast. “There’s a certain wisdom in travel, don’t you think?” she tells me animatedly. The daughter of an Indian Air Force officer says, “I’ve changed 10 schools as a kid. Travelling is ingrained so much within me that every few years, I feel like, ‘When am I going to move now!’ I feel those who have remained in one place are not very open to things.” A former advertising professional and a filmmaker known for documentary films such as Namaste India and Indian Holiday in the 90s, Malhotra has explored the country, and has popularised travel documentary in the age of cable. Over the last two decades of her creative career, every visual has been meticulously placed, every frame a well-thought out spectacle. Which is why it isn’t surprising when we find, placed inconspicuously, her own paintings—an anarchic burst of colours—in the same company as her sombre acquisitions. Spectacle, it seems, is a visual narrative she loves to indulge in, even when it comes to art.

Malhotra’s work appears almost in consonance with her outlook on life. Like her restless career, her canvases have a certain non-linearity. “I never use a brush,” she tells me. “I pour paint on canvas and I never know what shape it’s going to take. It’s an unpredictable process that way. I also have to finish every work in the same sitting, lest the paint dries up and refuses to mix with other colours.” In that sense, no two works by the artist are the same. “There was this one landscape that had turned out really well. I wasted 20 canvases just to replicate that,” she says with a laugh.

When you ask her about the Husains and Souzas in her collection, she dismisses them as possible influences. “Stylistically, you don’t see even the most remote influence. Do you?” she asks. I shake my head. Malhotra—who dabbled in painting occasionally while growing up, but actively pursued it after a ‘burnout’ phase in 2010—instead uses her experience in framing landscapes as the foundation of her visuals. She doesn’t have any formal training in art. “Which is a good thing,” she interjects, “because once you’ve been trained in a creative field, you end up in a box. When you don’t know, you end up experimenting. Those experiments give birth to new forms. Even when it comes to famous people, I feel that they have stumbled upon new techniques by breaking out of clichés. Good artists with training have had to break out of their box at some stage. I’m not that kind of a person. If I had to train in something, I’d be bored out of my skull and then I’d probably never do it.”

Once you’re trained in a creative field, you end up in a box. When you don’t know, you end up experimenting. Even good artists have had to break out at some stage”

Her first art exhibition was in 2014. Titled ‘Hue-Borne’, it was curated by Kishore Singh, in Delhi’s Art Alive Gallery. Even then it was her travels that inspired her—be it the splashes of blue and aqua that hint at her love for water bodies, or the burning yellows of sunsets (“I have a house in Goa, so I get to see a lot of them,” she says). The psychedelic colours are back for her second exhibition, titled Flow Dreams, to be held in Delhi. Now, though, the artist has expanded her language of the fluid movements of colours to wooden sculptures and light installations. “This is the first time that I will be including mixed media,” she says, “the medium dictates a lot of my work too. I’ve tried oils and water colours, but with acrylic, it’s easy to play around. I also want to move to bigger canvases. Scale is also something that has always fascinated me.”

Apart from the colours of India, another aspect that has fascinated her and has now found its way into her work, is its tribal culture. Having documented the Konyaks of Nagaland, the Apatanis of Arunachal Pradesh and the shamans of the Himalayas (all of whom also happen to be the subjects of her documentaries), the culture of their cocooned worlds has influenced her aesthetic sensibilities. “We need to understand that everything is changing very rapidly. When I went to Ladakh a few years ago, the women were in their traditional attire. When I went recently, they were in salwar kameez. People are somehow not noticing the change. They are not documenting. This is how my appreciation for the tribal wisdom of indigenous people started,” she says. Entering their worlds is like time travelling, she adds. “In Nagaland, you sit in the middle of nowhere, in a shared hut on a woven mat. The man in front of me wears this woven cap with hornbill feathers and goat’s horns. I have attended tribal council meetings. It really takes me back to nature, the fundamentals of life. So yes, it has influenced my sensibilities,” she says, and points to a tribal sculpture outside in her verandah. She herself is in the process of painting a five-foot wooden structure that borrows from tribal design and woodwork. “Moreover, I’m making it contemporary so that people can have it in their homes and it becomes a talking point. This is to give people an understanding of a culture. Otherwise, the attitude among Indians, especially, is to look at each other as the ‘other’,” she says.

Malhotra concedes that she doesn’t get tired of experimenting. Is there another ship she would love to jump onto any time soon, I ask. “With the kind of person I am, always,” she says. Her biggest experimentation comes with her current exhibition—in which she includes light and wood for the first time. And soon, she will move to fabrics. “I am multi-disciplinary now,” she says, “I want to include videos and photography too. I have designed sets. I designed the first 360-degree set where you could stand anywhere and shoot.” A full-fledged book adaptation of her documentary Shamans of the Himalayas is slated next year, and Soul Survivors, a book with her writings interspersed with her photographs, will also release in early 2018.

The colours and the free-flowing process of her art remain a focal point of her journey. Keeping it abstract ensures the viewer is free to interpret it in whichever way she or he wants. A bit of the personal does seep in, eventually. “I guess it happens with every artist, right? The intent with which you create a work translates to the energy with which a viewer receives it.”

(‘Flow Dreams’ will be held in Delhi at India Habitat Centre on October 8th and 9th, and at The Lodhi Hotel from October 10th to 31st)