Why Hollywood Should Watch TV

If top TV programming in the US has the smarts to survive the tyranny of the remote control, it must be sharp. 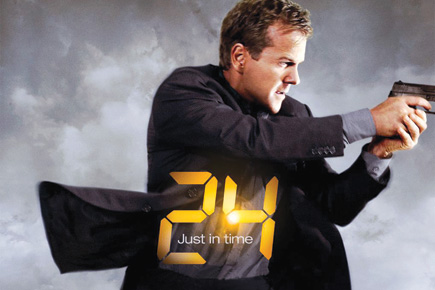 If top TV programming in the US has the smarts to survive the tyranny of the remote control, it must be sharp.


Watching DVDs of a few American TV serials, I’m beginning to think there’s much more brains in the US TV industry than in Hollywood. Today’s Hollywood is hostage to comic book heroes, massive action scenes and special effects. Even The Departed, Martin Scorcese’s last film, I thought was inferior, despite its larger budget, than its Hong Kong inspiration Infernal Affairs. In fact, one can argue it was inferior precisely because of a much larger spend, which caused it to lose the edgy raw feel of the original.

On the other hand, consider two TV shows I am in love with. The first is Boston Legal, produced by a mastermind called David E Kelley, who also produced Ally McBeal and Picket Fences. Boston Legal concerns the workings of legal firm Crane, Poole and Schmidt. The principal characters are three lawyers: one who’s madly horny and is losing his mind, one who is emotionally a quadruple amputee, and a tough-as-nails woman partner of the firm. Each episode has three or so story arcs moving parallelly. Complex moral and legal issues are addressed, but the show never turns didactic. Very often, whatever the judgement passed in court, the audience is left with a dilemma.

Each episode of Boston Legal makes the viewer think harder than almost any current Hollywood film. And the characters. William Shatner’s Denny Crane is insanely egotistic and utterly mad, a god of chaos. James Spader’s Alan Shore will do anything to win a case, but beneath his blase emotional coldness is a conscience that he tries hard to prove does not exist. Both are lonely men, though they are in denial of this, and their rough friendship is a touching relationship. The stories are complex, human and always intelligent and thought-provoking.

At the other end of the spectrum is 24, an off-road Formula 1 race. Each story lasts exactly 24 hours in real time. The hero, federal agent Jack Bauer is surely the most physically and mentally abused man in the history of film and television. In the second season, he even dies for a few minutes under brutal torture. But ten minutes later, he has killed his torturers and is chasing a microchip to prevent the next world war.

The problems Bauer tackles are gigantic: presidential assassinations, nuclear attacks on the US, and suchlike. While fighting these threats, he faces, other than murderous terrorists, bureaucratic inefficiency, divisional politics and an incredibly screwed-up personal life. The writers of 24 are amazingly pitiless on Bauer: there is no depth they will not descend to, to make his life tougher. But it’s edge-of-the-seat all the way. I watch the episodes at a stretch on DVDs and I keep wondering how people manage to survive the week-long suspense till the next episode when 24 is airing live.

But 24 is not only the best action thriller ever made. It is also a deep reflection on democracy, human rights, and governance in post-9/11 America. 24 was the first serial to have a black president, President Wayne Palmer, a remarkable creation: patriotic, and deeply committed to freedom and democracy. Not afraid to go to war, but only when he is sure that no innocent lives will be lost. To a large extent, he presages Barack Obama’s politics and values. It’s eerie to hear some of Obama’s speeches; they could have been written by the 24 writers.

But why are TV people smarter than the cinema guys? Maybe because they have to be. In film, you have to keep the audience engaged for two hours, on TV, you need to keep viewers involved for years. You have to create characters that are so lovable that the audience simply wants to know what happens to them, or have to keep developing the characters in surprising ways over time. And you can’t have any flab in the plots: the audience has the remote. Unlike in film, you have to get viewers to come back to you on their own every week. In film, once you have sold a ticket, you are done. TV is a game at a different scale.