Whispers of the Sanjay Dutt Biopic

Encounter with a Lion • New Low for a Stingy Community 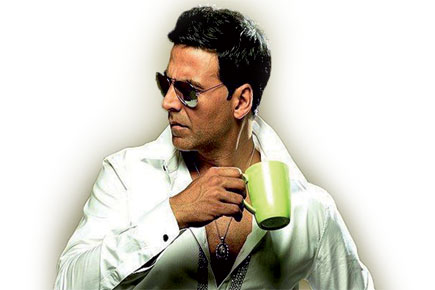 No sooner had Rajkumar Hirani shot an advertising film with Kangana Ranaut than rumours began doing the rounds that the PK director had cast the Tanu Weds Manu Returns star in a pivotal role for his Sanjay Dutt biopic. The film, which is expected to see Ranbir Kapoor take the role of the famously troubled superstar, will go into production next year, and the director is reportedly scripting the project right now.

The Kangana rumour, however, may be premature, insiders say. It’s true Hirani recently shot an ad campaign with the actress and Amitabh Bachchan last week, but Kangana hasn’t been signed to play Dutt’s third and current wife Manyata, as the rumours suggest. Very little is known about the project except that Hirani became obsessed with telling his Munna Bhai star’s life story because of the “fascinating” life he’s had.

Don’t expect the filmmaker to gloss over any of the controversial details of Dutt’s famously roller-coaster journey… from his early years of drug addiction, his multiple failed marriages, and his alleged involvement in the Mumbai bomb blast case. Hirani has said that the actor he got to know while making the two Munna Bhai films seemed very different from the one he read about in the papers, and it is this dichotomy that he was keen to explore and put on screen. But that he can’t do it if he isn’t honest about the troubling events of Dutt’s life.

Encounter with a Lion

Akshay Kumar cosied up to a lion while shooting Singh is Bling in South Africa recently, and he can’t stop pulling out his phone and showing pictures to everyone. For a crucial scene in the film, Akshay had to get up close and personal with the magnificent beast, and the actor says he was mindful though never scared. “These animals are trained not to attack. But you can’t take them for granted either. It’s best to be respectful of their space and their mood,” he explains.

As it turns out, he says he got along swimmingly with said lion, who allowed the actor to ruffle his mane, and posed patiently for photographs. Akshay won’t reveal details of the scene, but believes it could be something his fans will enjoy. Sticking with his old habit of not allowing family to come to set on days when he’s shooting dangerous stunts, his wife and kids didn’t catch the action first hand, but were later treated to all the videos and photographs that unit-waalas had shot of the exchange.

Speaking of kids, Akshay reveals he was reduced to a sobbing mess when his son Aarav recently left for a martial arts camp to Bangkok. It was the 13-year-old’s first unsupervised trip, and the actor says this made him more anxious than his encounter with the lion. “It’s hard letting go… even if it’s only for a few weeks,” says Akshay in an uncharacteristically candid moment.

New Low for a Stingy Community

Stories of movie stars and their freeloading tendencies are the stuff of legend, but every now and then one hears of an incident that surprises even the most cynical of us. A popular male star who was involved in co-producing a tasteless two-hero comedy with another top male star some years ago has revealed that their leading lady—an up- and-comer at the time, a celebrated diva now—had an acute aversion to paying for pretty much anything.

No one complained when her manager issued standing instructions to production boys to buy a sizeable quantity of fruits for her daily use on set, and to stock her hotel room with a fresh basket every morning. But when she reportedly had a unit production boy—and not someone from her own staff—buy items of personal hygiene for her use, it fast became the thing everyone was talking about on set.

The famously bitchy stars, who have said they were already having a hard time with the actress and her unpredictable behaviour during the film’s production, swear that they are not making up this story, and that her most personal effects were in fact billed to the film’s budget—which, if true, has got to be a new low in miserliness even for an infamously stingy community.