What Men Want in the Morning

And why storytellers cannot tell the whole truth about men 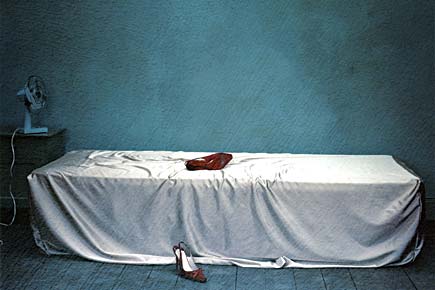 What every man truly is, what he wants, his discreet midnight self, is socially unacceptable, even to men


I used to have a secret compassion for married men. In their eyes, there was this desolation of being stranded. There was a way that they looked at young girls in the office, with the same soft gloom of an urchin gaping at a waffle-cone ice cream. At the end of a working day, when I would see those men go home, I always felt as if I was fleeing from where they were headed. I was headed this way to transient love, and they were headed that way to a permanent address where a woman with ever-diminishing beauty will say the same things every day. Some men who managed to have affairs appeared happy in the beginning, then there was a greater desolation in their eyes, of being stranded in two places.

Now, things have changed. I wipe infant shit with my bare hands and if it were not so frequent, I might even look forward to it. I eat sliced apples and drink fresh juice, have opinions about cockroaches and I do not wear yellow shirts anymore. Even my T-shirts are ironed. And now, I have a compassion for those who believe they will always be bachelors. For their freedom that is a form of loneliness, for their hope that there is such a thing as free love, which will go away forever in the morning wearing its clothes, for the many terrifying moments they will face eventually in the pursuit of ephemeral love because there are truly psychotic women out there whose dementia becomes apparent only in the dark. And for the fact that contrary to their deepest hope, they will not get away. They will become, one day, the other men. That is the moral of our best fictions, too.

That the goodness of a man lies in the permanence of his love to a woman, that his decency lies in proposing marriage to her before her child-bearing years are over, and that his wisdom lies in spending more time with his family than at work, is the indestructible message of all mainstream art. The male protagonist can be a lethal killer, like Jason Bourne, but he must evidently be the faithful type. Even James Bond does not two-time women, and all his successful flirtations, one at a time, are actually a tribute to his loyalty to a dead beloved. In Superman Returns, the man of steel even weeps outside the home of his former girlfriend, blurring his X-ray vision, mourning his lost love. Superman, too, it seems, wants marriage. In Wedding Crashers, a story about two men who exploit weddings and funerals to charm women during their most vulnerable moments, the reformation of the men through true love is the very goal of the film. Those men eventually feel that sex with beautiful unknown women, a different one every night, is not what they want. What they want is monogamy and marriage. And, most of these films do end in marriage, and even childbirth (twins too). Spiderman, in his final instalment, apologises for being preoccupied with saving the world and acquiring more power instead of proposing marriage to his failed actress girlfriend. It may appear as if these are the messages men are grateful to learn, and these are the happy endings men aspire to achieve. Rubbish.

There are two major factors that influence the portrayal of men in mainstream fiction. One is that, generally, women decide the success or failure of a mass-media product, excluding sports. As writer Ian McEwan says, “When women stop reading, the novel will be dead.” Films, too, suffer the same fate if women reject them. Even among action films, one can notice the spectacular success of some (like, Matrix and Kill Bill) that women accepted, and the modest runs of most Arnold films (Judgement Day is an exception, but then, it had a woman in a central role. Also, its screenplay is believed to be one of the best ever written). So, every storyteller knows the importance of building protagonists whom women will like. Thus, the men you see in mainstream fictions are results of insincere characterisation, a commercial lie which does not repulse men though. The second factor that influences the portrayal of men in cinema is complicated. What every man truly is, what he wants, his discreet midnight self, is socially unacceptable, even to men.

It is intriguing to note that the most passionate interests of men are almost always immoral, illegal or anti-social, except watching sports on TV, which is only anti-conjugal. Apart from all kinds of sexual activities, and bragging about conquests at the risk of greatly wounding the women who trusted them, men are interested in watching violence, like the video footage of executions in Afghanistan, and they are more prone to being addicted to gambling and alcohol. These are not qualities that women like in men. The reason why in our stories, men have to be misrepresented, improved.