To Shift F7 or Not to Shift F7

That is not a mere question. It is an entry to a surreal new world of language. 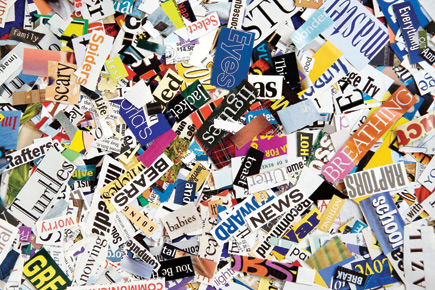 That is not a mere question. It is an entry to a surreal new world of language.


For months now, I have been intrigued by the promise made in neon by a restaurant-bar near my house: ‘Enigmatic wining and dining’. Enigmatic wining and dining? Does that mean that when you order tandoori chicken, you are served vegetable Manchurian? Or is the menu a Sudoku puzzle that you have to crack before the waiter decides to pay attention to your needs? Or when you ask if they have Diet Pepsi, the steward says: “Perchance, to dream”?

I have now decided that this mysterious promise is due to the tyranny of Shift F7, the command that allows you to choose synonyms in Microsoft Word. It’s a very handy tool—I can vouch for it, having to produce 700 words at least every week against a stiff deadline—but in the wrong hands, it can be a lethal mind-blaster. So I did a Shift F7 for ‘enigmatic’. I got predictable words like ‘mysterious’. I looked up ‘mysterious’ and got words like ‘peculiar’ and ‘baffling’. I F7-ed ‘peculiar’, and then, among the results, ‘atypical’. F7 again, and I came to ‘unusual’, and then on to ‘extraordinary’. Perhaps that’s what the owner means: ‘Extraordinary wining and dining’.

Let’s take some other great lines. ‘As Gregor Samsa awoke one morning from uneasy dreams he found himself transformed in his bed into a gigantic insect’ from Franz Kafka’s The Metamorphosis, could well have been ‘As Gregor Samsa awoke introverted cock-crow on or after awkward ideas he instituted himself fraudulent in his bed interested in a gigantic woman’. Changes the storyline somewhat, and it also sounds rather avant-garde. Joyce and William Burroughs come to mind.

‘It was love at first sight’ is the opening line of Catch 22. My F7 version: ‘It was adorable adjacent to foremost likelihood.’ ‘To be or not to be’: ‘On the road to be situated or not just before coming to pass.’ ‘The meek shall inherit the earth’: ‘The subservient shall be left the gravel.’ Slightly different meaning there, one would think. ‘You must not hope for the fruits of your toil’: ‘You have got to not look forward on behalf of the ovary of the plant of your hustle.’

Gabbar Singh’s immortal line “Kitne aadmi thhe?” (How many men were there?) can, with a few clicks of the mouse, become “How limitless drudgery exists close at hand?” Philosophical stuff. Is it that drudgery that turned him into a monster? Or the Seventh Commandment, as revealed by God to Moses: ‘You shall not commit adultery’: ‘You shall not relinquish expertise.’ Shift F7 changes realities and truths, interprets the world in ways you never thought of before. Better than hallucinogens.