The Shadow of Shame

Sarat Chandra Chattopadhyay led with his pen, giving us a revulsion we sorely needed. 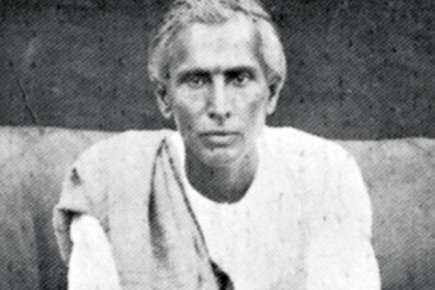 Sarat Chandra Chattopadhyay led with his pen, giving us a revulsion we sorely needed.


When I read Sarat Chandra Chattopadhyay’s 1917 essay Narir Mulya (The Value of Woman) 25 years ago, I was thunderstruck by the modernity of thought, the sharp logic and the sheer empathy he brought to the subject. Reading it again today, I am still left wondering at how a mind could be so ahead of its times and so free of cultural assumptions, and how relevant the essay remains even today.

Just as Dickens’ novels rail at the legal and social injustices of Victorian England, Sarat Chandra’s works are imbued with a deep sense of the unfairness women face in India. This reaches its apotheosis in Narir Mulya and his novel Shesh Prashno (The Final Question), which remains perhaps the greatest feminist literary text of our times.

In Narir Mulya, Sarat Chandra’s principal thesis is that the status of a civilisation can be judged by the status it accords its women. Drawing from examples from African tribes to Eskimos, from Papua New Guineans to Native Americans, he establishes a horrific history of repression and brutality. When the Dahomey chieftains of West Africa were buried, their wives, numbering upto a hundred, were hanged around the burial site, to accompany him to the next world. ‘Information about the next world is rather vague, so the thinking was: who knows whether the chieftain would have trouble getting enough people to serve him? So be on the safe side, take precautions while there is still time!’ writes Sarat Chandra.

The thinking (ostensibly) was much the same in India’s own unspeakable ritual of sati, in which Hindu men turned the logic round on its head to proclaim proudly that this proved that Hindu women were true goddesses: ‘This is the country where women go and sit on the funeral pyre with smiles on their faces, rest their husbands’ lotus-like feet on their lap, and burn to ashes with a cheerful face!’ If so, asks Sarat Chandra, ‘why was the widow drugged heavily right after the husband’s death?… When she was put on the pyre, she was strapped down in a cage made of raw bamboo, lest the sati decides to escape the pain of getting burned alive! Thick smoke used to be created through the burning of ghee and coir, so no one could see her terrible torture and feel fear! Countless drums would be beaten and conches blown loudly so no one heard her cries, her screams, her pleas for mercy!’

Sarat Chandra points out that more the depredations piled on the woman, the more the Hindu man went about proclaiming her as goddess. After the British outlawed sati, the pundits came up with a new stratagem: every form of hardship was placed on the shoulders of the widow so she could become a devi daily in a little way. No ornaments, only one meal a day, back-breaking work, the coarsest of clothes. ‘But the devi is not allowed to attend weddings… they are not called for any happy ceremony, they are only called to cook the pind after funerals.’ Thus were our goddesses worshipped.

This column space is too short to go into any of Sarat Chandra’s arguments in detail. So I shall continue this next week. Just so we men can hang our heads in shame.