The Rules of the Game

Ideas whose time has come. Let’s see them in IPL4. 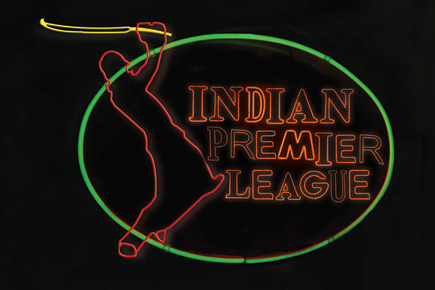 Ideas whose time has come. Let’s see them in IPL4.


We at Open love the IPL, so we got together and tried to figure out how to make it more popular, captivate larger masses and be bigger than World Cup football. Here are our suggestions:

Learn from the guys who have really cracked it, for instance American Idol. Team A is all out for 137. Team B manages only 134. But once you allow SMS voting, such minor performance differences will cease to matter. Also, everyone makes more money: telecom companies, organisers and a percentage deal can be worked out easily for franchise owners too. Okay, so Mumbai will always have the upper hand on Kochi in this sort of scenario, because the unwashed masses in Mumbai outnumber their brethren in Kochi by several orders of magnitude. But hey, whoever said that life was fair? Hard luck, guys, just use your phones more.

Since T20 is purely a spectator sport, with you and I only interested in the thrills, we should ban all body armour for batsmen and allow fast bowlers their full run-ups. No gloves, no pads, no helmets and definitely no crotch guards. And no limit on bouncers. Every bowler who fells a batsman gets a red cap, and at the end of the tournament, the one who has maimed the most gets a crimson top hat. If you think this is unfair to batsmen, we have an idea to balance it. If a batsman clears the ropes, he scores six. If he manages to send the ball into the stands, he scores 9. And if he can hit the roof of the stadium or beyond, he scores 18.

Next. Look, let’s face it, you aren’t watching IPL to see some rookie you never heard of fumble around. You are there to watch Tendulkar or Yuvraj maul the bowlers. So all the official ‘icon players’ get a second chance if they are dismissed. So if Dhoni is out for two, no problem, you still have a chance to get your money’s worth, because he gets to bat on till he is out once more. Too bad for some sucker thinking that he can get an endorsement contract for getting MSD leg before wicket, but this is a better and more lucrative and exciting option for all concerned. And anyway, if that sucker gets MSD out again, he will get that damn endorsement contract.

Maybe you are getting the impression that we are not being entirely impartial. That is not true at all. We have proposals that will reinvent cricket to rejuvenate it. If the team batting first scores less than 100, the opposition batsmen have to bat with their wrong hand—that is, Laxman will bat left-handed, and Gilchrist right-handed. Similarly, if a team scores more than 200, Muralitharan will have to bowl left-handed. This, we believe, will make the game fairer and more exciting still. We have an alternative idea, too, to this: in these situations, instead of forcing players to change their natural game, the regular umpires can be replaced by Ukrainian cheerleaders.

Matches will go on even if it rains Dobermans and Catwomen. These guys are being paid enough to run the risk of a bout of common cold. Umpires, however, will be allowed raincoats, but only if sponsors are available. If the floodlights fail, the game will not be interrupted. Umpires will be given powerful torches so they can take the right decisions.

Each team will have one player in every game who has won a sponsored contest with tough questions like, ‘Is cricket played with a) hockey stick, b) hair drier, c) cricket bat?’ He gets to field as a substitute whenever one of the big dudes thinks things are getting tedious.

If a team owner arrives on the ground in a chopper, or parachutes down, or climbs down a rope ladder from a blimp, his team will get three free hits. Imagine the TRPs: Shah Rukh Khan doing a Spiderman thing at the MA Chinnaswamy Stadium!

There are no things more powerful than ideas whose time has come. And if you don’t think that the time has come for these ideas to be implemented in IPL 4, go buy a watch.