The Rape of Our Dignity

How we allow it on a daily basis 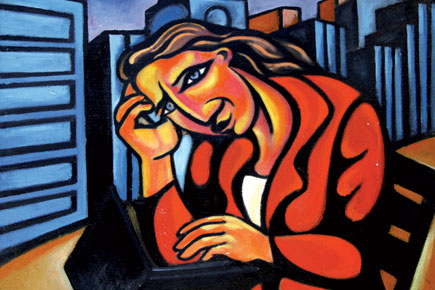 How we allow it on a daily basis


Like every other girl in the country, I was stunned by the gang rape in Delhi and the sequence of events that followed. Shock warred with disgust. Anger with helplessness. The outcry from all quarters was deafening. And yet, the noise did little to lessen the grief. I made a lot of noise too, just not out loud. Within, I raged and ranted, screamed murder, public hanging and chemical castration, and then, exhausted, I went back to work. Hoping it would help me forget. I wanted to move on, distance myself from the horror that is the everyday reality of so many women in the country we call ours. I wanted to forget this girl like I’ve forgotten Aruna Shanbaug and Neelofar and Asiya from Shopian.

Somewhere in the cacophony of opinions, I saw the words ‘women’ and ‘fault’ sitting adjacent each other. I am inclined to agree. They belong together and it is our fault. We might be up in arms right now, but we concede sexual violence all the time. Think of all the times you’ve looked away. All the times when a senior at work made a sexist remark and got away with it by calling it a joke. How many times have we wanted the men in our lives to stop throwing around mother-sister profanities but done nothing more than wrinkle our pretty noses? I know I’m guilty of letting this silence continue, unbroken, and hence, unchanged. When will I finally speak up and tell my men to shove the swear words where the sun doesn’t shine? It’s called a vagina, not a cunt. And if strength could be put into pictures, I can’t think of a more eloquent representation than the yoni. Do I even have the right to condemn sexual violence, when I allow it, day in and day out, in my own life?

Why do we wait until something like a brutal gangrape stares us in the face? We need to be angry, we deserve to be angry. But we need to be angry with ourselves as much as with the men. Because we allow the rape of our dignity on an almost everyday basis. I don’t blame the woman whose existence is defined by the number of sons she bears. That’s all she’s ever been taught. I blame us—you, me and my friends—for calling our daughters and nieces princesses. As if being compared to mythical characters that go through life in a haze of pink and purple is somehow flattering. The degrees on the wall become fancier with each passing generation, but the princess syndrome continues. Passed like a legacy from mother to daughter. Un- flinching in its self-righteousness.

Ironically, last week, I was reading Gut Symmetries by Jeanette Winterson and this portion struck a chord.

‘He: What’s the matter with you?

Nothing was slowly clotting my arteries. Nothing slowly numbing my soul. Caught by nothing, saying nothing, nothingness becomes me. When I am nothing they will say, surprised in the way that they are forever surprised, “but there was nothing the matter with her.”’

This is why I’m angry. This ‘nothing’ that we’ve gotten used to. This comfort of ‘nothing’… Until the big stuff happens to jolt us out of our haven. We can’t stop someone from raping our bodies. If one, let alone four men, decides to violate her body, more often than not, there’s little a girl can do to stop him. But violating our dignity is something we can choose to stop. We’re all guilty of this rape. It’s just that we’ve created a moral safehouse where no one is convicted because everyone is guilty. No one takes the blame, so we’re all in the clear. To conclude, I can only say, teach both sons and daughters to respect men and women. And start with the word ‘period’. It’s not dirty.