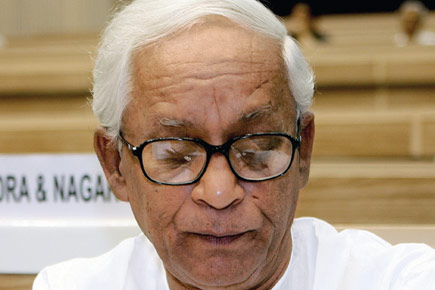 
As the Left Front in West Bengal totters from one humiliating electoral defeat to another, the time has perhaps come to ask the question: is Buddhadeb Bhattacharjee going to go down in history as another Mikhail Gorbachev? A man who presided over the dismantling of what had seemed to be an impregnable empire?

There were essentially two reasons for the collapse of the Soviet Union. One, the anger among people who had survived incompetence, genocide (if Stalingrad didn’t get you, Stalin did), and poor quality of life for more than seven decades. So when Gorbachev shoved the door open a little bit, mayhem ensued. The door was torn off its hinges. The second reason was Ronald Reagan’s strategy to speed up the arms race dramatically. It bankrupted the USSR. Soon, the pieces of the jigsaw puzzle called the Soviet Union were flying apart.

The Left Front has been in power in West Bengal for 32 years. It has ruled with an iron hand through its cadre. At the height of the cadre’s power, you could hardly get a bank loan in rural Bengal without their approval. Same for school and college admissions. Industries ran away. In a ruinous decision in the early 1980s, the state government banned English upto Class VI in all government-aided schools. The result was two generations of unemployable Bengalis (Buddha brought English back to schools after he became CM). And I don’t think any other non-insurgency-ridden state has seen so many instances of police firing on political demonstrators as West Bengal.

Most of this happened on Jyotibabu’s watch, but Buddhadeb has been a minister for a large part of the Left’s rule, and held the culture and police portfolios for a long time. And when he became CM, other than his call to industrialists to come and invest, nothing changed on the ground. Brutal beating and killing of opposition cadre continued. CPM leaders remained arrogant. Faced with any difficult question in a press conference, they continued to snap at the media. Buddhadeb, an upright and truly cultured man, could not change that. His direct, simple call to arms to improve Bengal’s economy— “Do it now”—went largely unheeded. After all, how much could one man do?

Then came Singur and Nandigram. At Singur, in its usual hubris, the Party decided it was below its dignity to communicate the benefits of a car plant to the villagers who would be displaced. Mamata Banerjee moved in. Police brutality followed. It became a people’s movement. Ratan Tata pulled the plug on the project. But lessons hadn’t been learnt. Nandigram was mishandled even more badly. The Party couldn’t figure why it couldn’t solve this problem by letting loose its cadre and a nice dose of police firing. After all, this had worked for three decades.

Things became complicated. Suddenly, the cadre was outnumbered. Maoists got involved. Intellectuals came out on to the streets to protest. It was a rout.

What has been the Party’s response? Apparently, theatre personalities like Bibhash Chakrabarty (formerly a close friend of Buddhadeb), and Shaonli Mitra, who protested about Nandigram, find it difficult now to stage their plays in government-run auditoriums. Apparently, government-run art galleries are now closed for painters like Suvaprasanna. And the people have had enough. They are doing what, they realise now, is in their power. They are voting against the Left.

Make a clear distinction here. The people are voting against the Left, not necessarily for other parties.

The Left has been weakened as it has not been since the mid 1950s. Buddhadeb must take his share of the blame for this, as Gorbachev should for the break-up of the USSR. But is Buddhadeb another Gorbachev? No. The Russian at least has his liberal policies and peace treaties to feel proud about. And what he wrought, wittingly or unwittingly, was good for his people. Sadly, Buddhadeb, a good man and a poet, may not have that satisfaction.