“Naalai namathe,” she had said when arrested in 1996, ‘Tomorrow is ours.’ This time, she had no words of solace for her followers 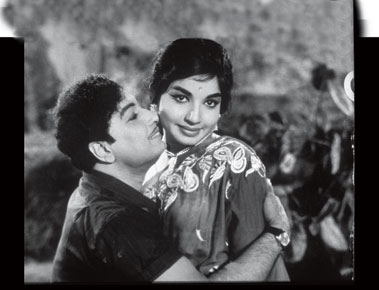 “Naalai namathe,” she had said when arrested in 1996, ‘Tomorrow is ours.’ This time, she had no words of solace for her followers

When the crisp verdict was pronounced on 27 September before a select few in a special court in Bangalore, it came as a thunderbolt that numbed her senses. It was a return of the fear of the wages of sin that had haunted her for nearly two decades, the fear that she had managed to dodge for 18 years playing hide-and-seek in the labyrinths of the Indian legal system. She now stood convicted, sentenced to four years and fined Rs 100 crore. Four of her associates— devotees who dragged her to the abyss—stood convicted too, though with lower fines. It was a moment of irony in a political life fraught with jealousy, humiliation, malice and cruelty that she had fought alone with courage and determination. It was a moment that shattered the image of her invincibility. Amma, the redeemer. Amma, the universal. Amma, the one who looks at you with a benevolent smile, like a goddess, at every street corner of Tamil Nadu. Now she is damned.

The conviction of J Jayalalithaa, Chief Minister of Tamil Nadu until the verdict forced her resignation and barred her from contesting elections for the next 10 years, is a dramatic twist in her colourful life, and it comes at a time when she had emerged as the most powerful leader in south India.

For a woman with the baggage of being a former film star, single and a Brahmin, to gain acceptance in the theatre of Dravidian politics was surely tough. What makes Jayalalithaa such a fascinating figure is the fact that she relentlessly challenged the male-dominated politics of Tamil Nadu that had tried to block her at every step of her journey. Remarkably, she rose to the top of the AIADMK, a party that was rudderless after the death of its founder MG Ramachandran. He was looked upon by his followers as a demigod, and it would not have been easy to step into his shoes, but she did, fighting single-handedly against the machinations of her enemies within and without the party. More recently, when the rival DMK—which was wracked by a power struggle between party patriarch M Karunanidhi’s sons—was routed in the 2011 Assembly polls, she dared to go for the moon, aiming to win enough parliamentary seats to have a say at the Centre, even claim Prime Ministership if possible.

Her life, she once said, was an ‘open book’, but she remains unapproachable. An enigma. Her fits of rage, tantrums and arrogance are legendary. So are the stories of a troubled childhood, her brilliant school record in Chennai’s Church Park Convent, her love of books, her erudition and impeccable English, her intelligence, her relationship with MG Ramachandran, her sense of loss after his death, and her relationship with her aide, Sasikala.

It is her hatred of Karunanidhi, however, that colours her political reactions. The past shapes her present. Her loneliness, her anger, the battering of court cases against her, with her wealth frozen, properties sealed and jewels seized and taken into legal custody—she was imprisoned for 28 days earlier— have all contributed to her formidable personality.

The villain of the drama has always been Karunanidhi. Her waking hours are consumed by devising plans to undo him and his progeny. Her sleeping hours are tormented by the recurring dream of a horror three decades ago. She can’t forget the humiliation that she experienced as a young entrant to the state’s Legislative Assembly at the hands of her political enemies. That day, enraged and humiliated, Jayalalithaa left, swearing like the infuriated Panchali that she would never step foot inside the House “until conditions are created under which a woman may attend the Assembly safely”. Jayalalithaa became a symbol of Draupadi. Karunanidhi did not realise that symbols could prove politically disastrous.

Jayalalithaa’s previous stints in power taught her that impulsive acts of anger and vengeance would only harm her. She learnt to wear masks. As a former actor, this came easily to her. It is amazing how she strengthened her grip over the party in spite of its humiliating defeat in 1996 and again in 2006. She returned with a stunning majority in 2001 and again in 2011. In her third term as Chief Minister, she appeared to have consolidated and understood the art of wielding power.

In her first term from 1991 to 1996, corruption had been the main political issue; in her second term from 2001 to 2006, she baffled observers with her autocratic measures, which went unquestioned except by the media, with which her relations had anyway soured. Her whims assumed stunning proportions. One of her first moves after assuming power was to arrest the 79-year-old Karunanidhi in the middle of the night, an act that shocked the nation. She made a suo moto statement in the Assembly ruling out any discussion of the proposed demolition of the nearly-100-year-old Queen Mary’s College building to be replaced by a new secretariat. She had an ordinance issued against ‘forced conversion’. She banned animal sacrifice. The MDMK leader Vaiko, who was an ally of the ruling BJP, was arrested under POTA for speaking in favour of the LTTE, a banned outfit, and put behind bars. Both those laws have since been repealed and the anti-LTTE tag now lies buried.

She has been ruthless and unforgiving in other ways too. Over the past two years, she removed 17 cabinet ministers. She brooks no opposition and her word on any subject is law. She is her own master. Her own advisor. She has survived three years without any major scandal or corruption case. She has proven a shrewd populist as well. The man in the street gets all that he needs in the name of Amma’s welfare schemes. If there is any discontent, it is offset by her largesse—20 kg of rice free for each below-poverty-line family, mixie-grinders and fans, never mind if there is no power, and bicycles for school kids. There are Amma canteens that sell idlis at one rupee apiece and curd rice at Rs 3 a plate. She knows the Tamil psyche, the belief in that old adage: ‘Be grateful as long as you live to the person who fed you.’ And in Tamil Nadu, it has been Amma, the universal mother.

In an extraordinary life, she has had many defining moments, but perhaps the most politically significant was her massive victory in the 2011 elections, proving all poll predictions wrong. It was a victory that relieved her of the burden of her fear of the future, of the need to challenge the might of Karunanidhi. Her entire second term had been consumed by the politics of vendetta. Now there was no need. The DMK was already a finished story.

She has always managed to live in the present, preferring to cross every bridge as it comes, with no time to look back. It has been a life of turmoil. She once described it thus during an election campaign: “I stand before you, having come [to this point] swimming in the river of fire.” It was a journey that hardened the once innocent and lonely child. It turned her cynical and arrogant. Cynicism and arrogance became her masks. Every fall was a challenge, every victory intoxicating.

Ah, she had almost forgotten about the sword hanging above her head. Or perhaps she thought she would be forgiven her lapses because of her popularity among the Tamil masses and her political power. During her first tenure, her rule became a byword for corruption at all levels, and she was naïve enough to flaunt her wealth. It shocked the people of Tamil Nadu, and she was duly punished by her constituency, which handed her a crushing defeat. Though she was imprisoned by the Karunanidhi government, she was acquitted in almost all the cases filed against her. It won her sympathy. She hoped that she would be acquitted in the disproportionate wealth case as well. Her party men had thronged the streets outside the court in Bangalore, waiting to burst crackers to celebrate yet another victory.

When Amma emerged briefly to have a word with her trusted aide and now Chief Minister, O Panneerselvam, she showed little of the emotion that had appeared on her face in 1996 on the day she was taken to prison from her Poes Garden house. Then, she had looked at those who stood before her gates and said, “Naalai namathe!” ‘Tomorrow is ours.’ And her followers knew she would be back to lead them again. This time, Amma had no word of solace for them. “You cannot write her off,” many had said then, and some still say it, though far less convincingly.

Hers has been an extraordinary life. With her gone, Tamil Nadu politics will lose its colour and verve.