The Heroism of Bodyline

Sport must make space for anger against injustice and the vagaries of fate. 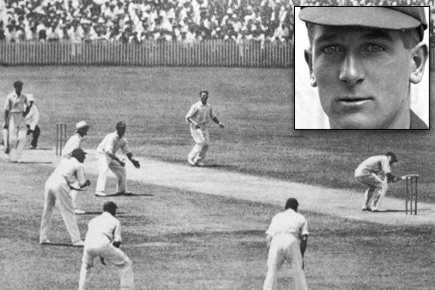 Sport must make space for anger against injustice and the vagaries of fate.


Not many people remember him today, but I recently happened to buy a biography of Harold Larwood (Harold Larwood by Duncan Hamilton). If ever there was a tragic hero in the history of cricket, it is Larwood. I am talking of about 70 years ago, the 1932-33 Ashes series in Australia, which is known as the Bodyline series in the annals of the game. The series where English bowlers, led by Larwood, supposedly bowled at the batsman’s body with eight fielders on the leg side, so the batsman was either hit or fended the ball off with a leg-side strike. ‘Leg theory’ was the official term.

In the 1930 Ashes series in England, Don Bradman scored 974 runs, at an average of 139. But what Douglas Jardine, the new English captain, retained in his memory was the sight of Bradman flinching in terror at a particularly fast delivery on his body from Larwood. For the next series, Jardine had his plan. The objective: neutralise Bradman at any cost. The weapon: Larwood, from the mining community of Nottinghampshire, who had been working the mines since he was 14, a dirt-poor boy who just wanted to bowl fast and well.

Current technology has been used to study newsreels of Larwood, and it’s clear that at his fastest, he crossed 100 mph, making him the fastest bowler ever. In the first Test at Sydney, he struck the Australian captain Bill Woodfull on the chest (Woodfull played on with a bloodstained shirt). In the third Test, he struck Bertie Oldfield on the head, felling him. Woodfull went on record saying there were two teams out there, and only one was playing cricket (a statement to be echoed by Indian captain Anil Kumble many years later about Ricky Ponting’s Australia). The Australian Cricket Board wrote to the MCC protesting England’s tactics and even saying that this could hurt relations between the two countries, the only time (before Indo-Pak, but then, we are supposed to play for peace, right?) that cricket has impacted international relations.

The deliveries that caught Woodfull and Oldfield: Larwood was not bowling to leg theory; the leg side wasn’t packed with fielders. They were just great deliveries which the batsmen failed to fathom. But no one was willing to listen.

England won the series 4-1. Bradman was a failure by his own standards, averaging only 57. Jardine bowled Larwood so much that his feet bled. In the final Test, when Jardine pushed him to bowl one last over, he was in no shape to run. He stood at the wicket and bowled, and Woodfull, in a gesture unequalled in cricket, just patted every ball back. When he returned to England, Larwood was, for all practical purposes, crippled. He could not play for two seasons, but when he returned in 1936, he was the highest wicket-taker in the county championships. But he never regained his pace, and the MCC threw him away like a dirty rag; he had served his purpose, no one had any use of him. Jardine was forced to resign, and died young. Larwood lived to be 90, but never had anything but nice things to say about his captain, whom he revered.

In 1950, Larwood migrated to Australia. And… Australia embraced him with open arms. Cast aside by his own country, he found he was a hero in the land that he thought hated him. ‘Last time I was here, they wanted me to die,’ he wrote to his daughter. ‘Now I am going to die here, on my own time.’ The only time he had a press conference, after receiving the MBE (Member of the British Empire), was the only time in history that Australian reporters stood up and applauded once the speaker finished talking.

Watching Lillee, Thomson and the fearsome West Indians bowling in the 1970s and 80s, he told a friend: “These fellows bowl more bouncers a day than I bowled in a season!” He was right. Larwood was wronged, and he should be remembered as perhaps the best fast bowler ever, and a hero. Sporting memories are nothing if they do not have space for anger against injustice and the vagaries of fate. Do not forget Larwood, do not forget George Best.