The Defeat of Style

Flamboyance had a bad fortnight. It is an omen. 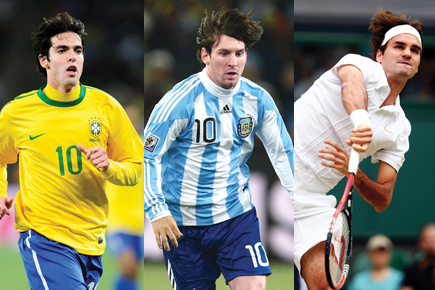 Flamboyance had a bad fortnight. It is an omen.


All our battles are old. God versus common sense, man versus woman, the bright against the mediocre. There is another war that is as ancient and fierce. It is not granted the haunting importance of others, yet most of culture is about this. The flamboyant versus those who are not flamboyant, the stylists against the efficient. They don’t really like each other very much, though sometimes they do mean it when they say that they respect the other. There is always a direct confrontation between the two, but only in sports is it visually evident. And what the eye now sees is an omen—clearly, the flamboyant stand diminished today.

Last week, in two major sporting events, style lost to power, effort, discipline and other things less beautiful. At the Wimbledon, Roger Federer was a pleasure to watch if you did not consider what happened to the ball in the other half of the court, and he deservedly lost in the quarterfinal to the uncompromising strength of Tomas Berdych. In South Africa, Brazil lost to Holland. Some may say that a match between Brazil and Holland is a battle between two different kinds of flamboyance. But that was not how the match went. As it so often happens when a top European side is involved, Brazil was not allowed to be

the Brazil of our imagination. Also, Argentina lost to Germany. It is true that this  German side is not the tedious human impediment they were feared to be, still they are nowhere close to the beautiful game.

There are some people who do not mourn the defeat of style. They find Federer’s grace tiring; there are Indians who have traditionally been German football fans, and I suspect they also love Rahul Dravid more than Sachin Tendulkar. When Greece, despite their unspeakable ugliness, won the Euro Cup in 2004 defeating Portugal, management evangelists said it was the triumph of something called team effort over individual flourish. The ordinary love it when the artistes fall. Dunga, Brazil’s coach until a few days ago and once an efficient unglamorous midfield defender in a team full of stylish stars, has expressed several times his mild contempt for the Beautiful Game. He said his priority was to win matches, not to look good. Dunga would say that. You would never hear Argentine coach Maradona ever say something like that. Because he is Maradona.

A good portion of the world wants to see the Maradona moments, they want to see beauty in sports. Increasingly, they are going to be disappointed. As in many other fields, the artiste today is no match for the other guy. An artiste is arrogant, he will not agree to change too much, he will not do things that he finds unaesthetic. But the other guy, he would let a swarm of backstage aides help him get better and better.  If victory is the motive, the age of the artiste is probably over.

It is evident in other fields too. MBAs are sitting in judgment over film scripts today, and formula is the predominant state of commercial cinema, while personal trademark a fringe indulgence. This is the case in journalism too. Even Arundhati Roy, who once had a distinct lament, has been forced to become more subdued by the venomous reactions of those who interpreted her style of journalism as a form of hysteria. In literature, because of its very nature, the battle for style is not so one-sided, but it rages. The compliment ‘sparse prose’ is actually an indictment of flamboyance.

But those who have style, they cannot help it. They will do things their way. I remember a traffic constable in Madras who could not bear to make the signs he was supposed to make. So, while asking cars to stop or go, he would do a break-dance. I remember reading that he was severely reprimanded.