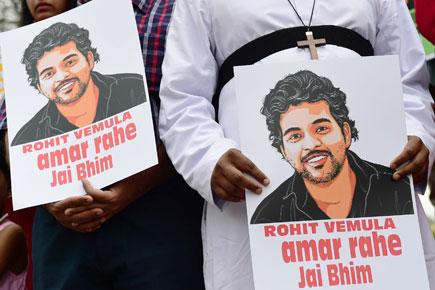 First there was the suicide. In his final moments, Rohith Chakravarthi Vemula, a 25-year-old PhD scholar at the University of Hyderabad, did not lose his eloquence or elegance. The note read: ‘Maybe I was wrong, all the while, in understanding the world. In understanding love, pain, love, death. There was no urgency. But I was always rushing. Desperate to start a life. All the while, for some people, life itself is a curse. My birth is my fatal accident. I can never recover from my childhood loneliness. The unappreciated child from my past.’ In death, reportedly precipitated by campus hate, he became a totemic figure of victimhood in a land without justice. His existential trauma, as revealed in a note that was written better than some of the mushy, angry op-ed babbles, lay orphaned outside the analyses and anguish that had reduced his death to an appendage to the prejudices and pathologies of provincial politics. The young man who wrote that note was more complex than a victimised Dalit, and the world he no longer wanted to inhabit was not merely a place brutalised and brutalising.

Then there was the attack on a university in Pakistan. Bacha Khan University in Charsadda, Peshawar, is named after the legendary Pashtun pacifist Abdul Ghaffar Khan, but peace is hardly the motif that prevails in these parts of the Subcontinent, where, in December 2014, more than a hundred schoolchildren were killed by Islamic terrorists. A student who survived the attack, which was already claimed by the Pakistani Taliban, told CNN: “The attackers were like us—they were very young. They carried AK47 guns. They wore jackets like the forces do.” In Pakistan, terror has ceased to be a paradox of horror. In the more familiar narrative, it is the inevitable outcome of an evil dualism in which the state, permanently subjugated to the military industrial complex, is a willing victim for the larger cause of Islamisation—and it requires an enemy. Today, the victim- promoter dichotomy looks unsustainable because the very Establishment of Pakistan is a kind of jihad, medalled and uniformed to make it distinct from the knife-wielding men in balaclavas you have seen in the latest videos from somewhere in Syria. The state is a lie, in combat and bleeding, and gunfire in classrooms is the truth.

The two incidents, at first glance, have nothing in common, except perhaps that both share the backdrop of a campus. Rohith lived and died in a country where the fundamental rights of being an Indian are written in a constitution, now 66 years old. He lived in a country where democracy is such an unresolved argument that even the loser has his place to wait for another day. Freedom, as long as he lived, was not an abiding hurt, or a privilege he was denied. Still he could not bear the ‘curse’. Or he could not escape the belated realisation that his birth was a ‘fatal accident’. His India, at the time of his death, allowed people like him to overcome the isolation as well as the alienation of being the ‘outcast’ by making use of the democratic space. He lived in a country where his ‘outsiderness’ is an organised political force. Still it was not a life worth living.

Elsewhere in Pakistan, it is a different story—one of what Naipaul would have called a half-made society. The Islamic story of Pakistan, unlike the Iranian experiment with the Book and revolution, is an enterprise in god and militarism. Civil society is still a struggle there, but the military industrial complex sets the limits. God has been drafted into the service of the Establishment. Every interval of democracy ends in failure—or as an existential dispute settled by the assassin. The victims of Bacha Khan University died in a country where its religious identity has become its unmaker. They were indispensable items in a place where the killers are either useful jihadists or inconvenient disrupt0rs. The state is stained anyway. More blood makes no difference.

Still, the suicide in Hyderabad and the killing in Peshawar bring out a shared characteristic: the skewed idea of justice. It is the very basis of any human organisation that aims to achieve fairness and equality, and it is what drives revolutionaries as well as fantasists to build the perfect world. Yet, the idea of justice remains an unfinished argument. Classicists may say that this argument is as old as the heated conversations in Plato’s Republic. It is an urge for the ideal: the just society, a creation of the just man. In Pakistan, like any other religious state where no law is absolute except what the Book or the mean men who hold it decree, justice is what the most dominant power demands. Caught between the general, the jihadist and the democrat, and three of them not necessarily antagonistic to each other, Pakistan perhaps epitomises the world’s most dangerous search for justice. And along the way, an assassination or a mass killing is an inevitability that clears the path further. The tragedy is that Pakistan has reached nowhere. The survivor’s quote—“The attackers were like us, they were very young. They wore jackets like the forces do”—carries within an unintended irony. A greater sense of familiarity makes the evil too banal to be shocking anymore.

India has not recovered from the shock of Rohith’s suicide in his friend’s hostel room. The overwhelming ennui that marks his note is in stark contrast to the frenzied judgments on front pages that deny him the kind of dignity he yearned for in his life even in his death. It is a moral feast of bad taste that so condescendingly reduces Rohith to a totemic Dalit, as if he is not worthy of any other identity, and as if his most private fears and anxieties are subordinated to the clumsy sociology of his mourners. The tragedy of Rohith is not as straitjacketed as the lone Dalit youth versus the machine of ‘Hindu nationalism’. His sense of rejection too came from the conflict between his idea of justice and the state’s control over it. This conflict is different from Pakistan’s; it is an expression of our democracy and the noisy confidence with which we play out our freedom shows only the maturing of a civil society. Why did Rohith feel he was an outsider in this democracy?

Blame it on the just man, if we are looking for the shortest answer. Struggles of nations and passions of liberators are powered by the image of a just society, a moral Ruritania sustained by the laws of the just man. Ideology made this pursuit in history a bloody affair, and unmarked graveyards became monumental reminders of that madness. The Gandhian moral system, the bedrock of our national movement, too promised an ideal society, a just society. He was arguably the first political leader to idealise even resistance—as a moral force rather than a physical assertion. The Gandhian just man was an austere native. He remains stillborn. Post Independence, it was the Nehruvian project of the New Man, assembled in the mind of an intellectual swayed by the possibilities of socialism. The creature, programmed to resist the temptations of religion as well as nationalism, was as artificial as any other socialist project in the creation of the New Man. As India progressed as a constitutional democracy, though still with enough space for illiberal instincts to flourish, the idea of a just society, the ultimate Republican ideal, became inseparable from the rhetorical desperation of the sloganeer, be it the secularist or the religious nationalist. By the time he realised that his acute sense of otherness only aggravated his urge for justice, Rohith was too disillusioned to live another day.

Rohith Chakravarthi Vemula was the man the Republic would miss on its 66th birthday. The Just India has never been as spectacular as the parade. It is still a wretched place for the questioning outsider. Pity those who dehumanise him by reducing him to weekend political theatre.