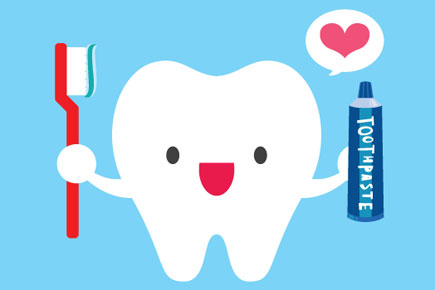 Whether you believe in the institution of marriage, think of it as a pointless social contract or are on the fence, it’s hard to escape marriage proposals. They’ll nudge you gently by way of viral videos that’ll have you discreetly reaching for tissues to dab your eyes (if you’ve been living under a rock and still haven’t seen the lip sync and meme proposals, please Google right away). They’ll punch you smack in the middle every time a friend enlists your help for an elaborate ‘will you marry me’ production.

If you had the average Indian upbringing, you were probably raised to believe in and revere the sanctity of marriage. Indians get married and stay married. Like most kids of my generation, the thought of toeing the marriage line didn’t even occur to me until my mid twenties. I remember a time many years ago when I’d watch When Harry Met Sally and dream that my then boyfriend would someday say to me: “…When you realise you want to spend the rest of your life with somebody, you want the rest of your life to start as soon as possible.” A time when every boyfriend’s surname was tried on—scribbled in the back of notebooks during boring lectures, said out loud in front of the mirror for effect.

I have to admit that, even as a fence-sitter, I’ve often wondered what it would be like when someone proposed and the answer wasn’t an unequivocal “No”.

But I’d never imagined being proposed to by someone’s mother. Which is how I’d describe what happened at lunch that day. The Boyfriend, obviously, vehemently disagrees. After his mother’s ill-timed, “You will have tall kids” announcement, the Boyfriend did what he does best—pretend that he hadn’t heard a thing. Topics were swiftly changed and with the help of a post-doctorate-level analysis of the falling standards of beauty pageants in India, the Boyfriend prised her away from the subject of our future offspring.

Later that night, while I was brushing my teeth, confident that the Boyfriend was as reluctant to have the where-is-this-relationship-going conversation as I was, he popped the question. Picture this: I’m standing in the bathroom in tatty shorts and Bata slippers, toothbrush in mouth, vigorously scrubbing my teeth to expend all the nervous energy after a nerve-wracking day, and he picks that moment to go down on his knee and ask me to marry him. Moron.

My first instinct was to start laughing at the ludicrousness of the situation. And then came the panic—the sheer, unadulterated terror at not having an absolute answer.

When you’re younger and you imagine your dream proposal, you imagine looking like a million bucks and being thrilled at the prospect of spending the rest of your life with The One. The past few years have taught me that sometimes, you have to go through a series of ‘most certainly not’, ‘not on my life’ and ‘not even if the future of the human race depended on it’ before you meet someone you want to say ‘yes’ to. But in every scenario—real or imagined—I had an answer. When the person is right, apparently, you know. Everything I’ve ever read or seen has cemented this rose-tinted worldview. As I stood there, staring at the Boyfriend who was still on one knee, waiting for me to say something, I realised that there was a third possibility—I just didn’t know. The really strange part is I knew I loved him and that he’d be a great husband. And yet.

I told him I needed time to think. Obviously, he was massively disappointed. Clearly, this wasn’t the proposal of either of our dreams.

It was amazing how all the questions I’d ignored when we started dating came crashing down on me in the next three days. Did I even believe in marriage? Would Grandma K ever get over the religious divide? We’d only been dating six months, was it enough? Would I make a good wife? Would his parents expect me to convert?

On the second day, I turned up at mom’s door, in desperate need of advice. She told me that she was thankful that no daughter of hers was stupid enough to just know, considering she’d spent almost 35 wonderful years with my father, not knowing and trying to figure out the answer every day.

The next morning, while he was brushing his teeth, I said ‘yes’. I’m pleased to report that he choked and swallowed more toothpaste than I had.