The Casting Surprise That Really Isn’t 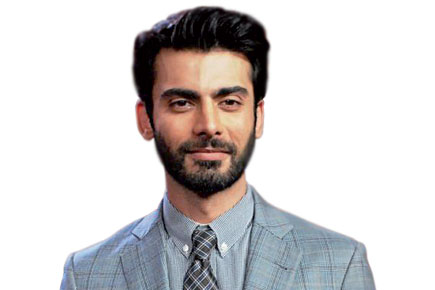 English Vinglish director Gauri Shinde is expected to go into production on her next film shortly, and this time Karan Johar will produce it. He also helped her land Alia Bhatt as the female lead, and now they’re reportedly in the process of casting two male actors.

Those who were expecting her to make another movie with Sridevi will likely be surprised. Especially since Gauri’s husband, filmmaker R Balki, has stayed fiercely loyal to his enduring muse Amitabh Bachchan. He has shot with the Big B again for his latest film, a romance titled Ka & Ki which toplines Arjun Kapoor and Kareena Kapoor. Apparently Balki has found a small part for Amitabh Bachchan and his missus Jaya Bachchan, who filmed a scene with Balki’s new leading man Arjun last week.

When Fawad Khan announced recently that he won’t be doing the Battle for Bittora movie that his Khoobsurat producer Rhea Kapoor had signed him to star in opposite her sister Sonam Kapoor once again, rumours began flying that the Pakistani star and the Kapoors had fallen out. Turns out that’s not exactly what happened. According to sources close to the production, Fawad decided he wasn’t comfortable doing romantic scenes on screen, particularly the many passionate kisses that were written into the script.

But for Rhea and Sonam, there was apparently no way around that. The sisters have envisioned the film as a “deeply romantic story with major sexual attraction between the characters”. They’re clear they don’t want to make another Disney fairytale after Khoobsurat. So if Fawad was inflexible on the ‘intimacy’ issue, it just wasn’t going to work.

According to the grapevine, Rhea is currently in talks with three actors for the part—Farhan Akhtar, Saif Ali Khan and Abhishek Bachchan. The Kapoors are hoping it can be Sonam’s next project when she finishes Sooraj Barjatya’s Prem Ratan Dhan Payo opposite Salman Khan, given that she’s already wrapped filming for Ram Madhvani’s Neerja Bhanot biopic that’ll release in the first quarter of 2016.

Fawad, for his part—who, by the way, Rhea and Sonam insist remains a dear friend—will push the envelope in his own small way. Sources from the sets of Ek Main Aur Ekk Tu director Shakun Batra’s new film Kapoor & Sons reveal that Fawad is exploring “some pretty unconventional space for a leading man” in that movie. I won’t play spoilsport and spill the beans just yet, except to say that it’s refreshing that our heroes are finally playing real people. Go figure.

In the film business, everyone likes to take credit for a hit. On the other hand, few will be honest enough to admit that they didn’t have the foresight to spot a potential crowd- pleaser. Consider the case of this charming but quirky film released earlier this year.

The studio that released the film was quick to accept praise for investing in the unconventional comedy, but the truth is that the studio was stumped when the director delivered the film, unsure what exactly to make of it. They didn’t know how to market it, and reportedly expressed their scepticism about the film’s box-office potential to the filmmaker.

It wasn’t until a very respected senior (and aged) distributor immediately gave his thumbs-up after watching the film that the studio felt confident and began thinking out of the box on how to promote and market the movie. They hadn’t expected the veteran distributor to love the film—after all, he was old school and the film was entirely untraditional—and weren’t particularly keen on showing it to him in the first place. But when he unconditionally embraced the picture and predicted that audiences would too, the studio felt relieved.

To be fair, the studio head called the director at 2 am the day after the film’s release and apologised for her temporary crisis of confidence. And then rattled off the terrific reviews and encouraging box-office numbers. Ah, the stuff that goes on behind the scenes!