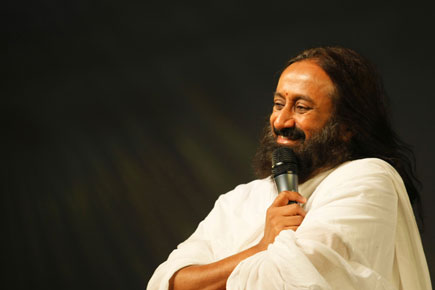 Godmen, even those who have evolved into two Sris before their names, are not immune to peer pressure. It was exactly a year ago that Sri Sri Ravi Shankar, under whose watch millions of people exhale forcefully every morning while swimming happily in that ocean of platitudes that he comes up with at the rate of one a minute, was told that he had received the Padma Vibhushan. And what did he do? Much before the term ‘award wapsi’ even came into being, Sri Sri declined it, though with all the politeness he could muster, as his statement at the time shows.

He had tweeted, ‘Rajnath Singhji called to inform me about Padma Awards. I thank Govt. for considering me. Instead of me, I’d like them to honour someone else’. News reports quote him stating that other deserving people should be given it. And now, just a few days ago, there was Sri Sri Ravi Shankar’s name on this year’s list of Padma Vibhushan recipients without a rejection slip.

How does one explain this mystical turnaround? Is it possible that in the space of 12 months, deserving people have vanished into the ether, leaving Sri Sri with just Sri Sri as an option for the award? Does abnegation, that noble practice at the root of asceticism, have a shelf life of one year in modern times?

There are simpler explanations.

Recall that just before Sri Sri declined the award the last time, another godman, who makes his followers exhale even more than Sri Sri, had announced that he had been offered a Padma Vibhushan but had decided not to accept it. He too wanted it to go to some other deserving person and prefaced his letter to the Home Minister with a few lines on asceticism and selfless service, which would make one infer that it had something to do with declining the award.

Connect the spiritual dots and they say that once Baba Ramdev had said ‘no’ to the award citing asceticism, then, in a vocation where the more you give up the more genuine you seem, it would have been bad public relations for Sri Sri to accept it, and while there might be cynics who question the efficacy of Art Of Living as an answer to all of life’s ailments, no one doubts that their image management machinery is as good as it comes. He accepted it this time because there was no Baba Ramdev on the heels.

Also consider the reason he gave for this change in policy. His statement reported in The Hindu said, ‘Many people are returning their awards and insulting the nation. I don’t think it is the right thing to do. Last year, when I was offered the award, I thought someone else should get it. Today, with the changing scenario, I have decided to accept the award.’

The logic is somewhat confusing, suggesting that whilst it was legitimate for him to reject an award, if others start doing this then he will start accepting it. Makes about as much sense as the government offering an award again to someone who had declined it once.