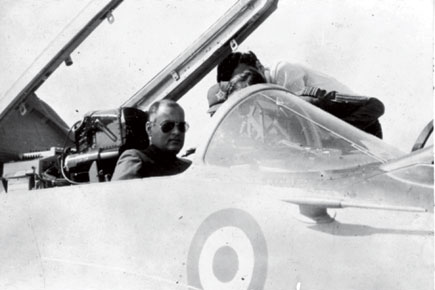 Congress has denied by discrediting WikiLeaks. But the Shah Commission report points to Rajiv Gandhi’s inordinate interest in the affairs of Indian Airlines.


The Kissinger Cables detailing Rajiv Gandhi’s role as a middleman in an aircraft deal have been met with scepticism by the Congress, which dismisses the cables as baseless and unverified. But what has gone unnoticed in the controversy is that there is independent evidence totally unconnected to the cables thatis not baseless and is in fact verified, which suggests that his role during the Emergency was not restricted to flying aircrafts for Indian Airlines.

The report of the Shah Commission, set up to probe administrative excesses during the Emergency, has examined in detail the ‘Decision process leading to the purchase of three Boeing 737 aircraft by Indian Airlines’ and concluded that ‘the manner in which the deal was pushed through suffers from several infirmities’. One of the infirmities noted in the report is that ‘The visit of Shri Rajiv Gandhi to the office of the Chairman of Indian Airlines, where he was shown the financial projections by the Director of Finance, apparently under the instruction of the Chairman, was a procedure totally outside the ordinary course of business.’ After this meeting, the report notes, the Prime Minister’s Office, through Indira Gandhi’s all-powerful secretary RK Dhawan, intervened on several occasions to speed up the award of the deal to Boeing.

The sections 7.186 to 7.203 related to the deal in the Shah Commission report make for interesting reading, especially in light of the recent news gleaned from the Kissinger cables. They seem to have escaped notice largely because the Shah Commission report was almost successfully removed from the public eye after Indira Gandhi came to power. It was only in 2010 that veteran Parliamentarian Era Sezhiyan republished the report based on a copy that had been lying with him.

The deal in question has already been dealt with in some detail because it figures with some prominence in the cables, but news reports have focused on the role of Sanjay Gandhi. A US Embassy cable dated 7 July 1976 notes that a ‘British Aircraft Corporation team that visited India to compete agains(t) Dutch and American aircraft suppliers was approached and offered the assistance of the Maruti company, a firm controlled by Sanjay Gandhi’. The competition for this deal was among BAC 111-474, Boeing’s 737-200 and the Dutch Fokker’s F-28 Mark 4000.

In this context, a news report in The Hindu states: ‘Boeing ultimately won the Indian Airlines deal, based on the 737’s technical superiority and well- arranged financing—if separate cables on the negotiations are to be believed.’

But the cables—and it is important to remember that a number of cables related to the airline deal are not available in WikiLeaks’ archives and their content has been classified by the US government—obviously do not tell the full story. It is unlikely that the personal interest of the Prime Minister in clearing the Boeing deal would have gone unnoticed by the American Embassy.

It is only this personal interest, which seems to have been triggered after her son Rajiv Gandhi’s involvement with Boeing, that can possibly explain how BAC, a company assisted by Sanjay Gandhi, could lose out on the deal. A report in The Times of India even goes on to suggest that during the Emergency, Sanjay and Rajiv Gandhi may have competed as representatives to swing a lucrative aircraft contract related to a fighter plane, with Sanjay Gandhi backing BAC’s Jaguar and Rajiv Gandhi backing Saab-Scania’s Viggen aircraft. The additional evidence from the Shah Commission suggests this rivalry may have extended to the Indian Airlines deal as well.

Consider what the Shah Commission report has noted based on the chronology of events:

In May 1976, a special group was constituted to consider the augmentation of capacity for India Airlines. It submitted its report on 16 August and an ‘interline committee’, consisting of the Joint Secretary (Finance), Minister of Tourism and Civil Aviation, and managing directors of Air India and Indian Airlines, was appointed to study these proposals.

On the morning of 29 October 1976, PN Dhar, secretary to the Prime Minister, spoke to NK Mukarji, secretary, Civil Aviation, on the phone. Mukarji in his affidavit to the commission stated ‘that PN Dhar had conveyed to him that it was the Prime Minister’s impression that the Ministry of Tourism and Civil Aviation was obstructing the purchase of Boeing 737 aircraft by Indian Airlines. Later in the day Mukarji was sent for by Raj Bahadur, then Minister of Civil Aviation to attend a meeting where Mehta and Kirpal Chand were present. According to the report, ‘While the meeting was on, Shri Dhawan rang up Shri Raj Bahadur’ who was heard to say, “Yes, Dhawan Sahib, I am going into the matter with my officers, who are with me.”

On 3 November, the committee recommended purchase of Boeing aircraft, with member Badal Roy dissenting thus: ‘Indian Airlines should adopt a total systems approach rather than an ad hoc interim solution…’ The airlines’ board approved this on 24 November, with retired Air Chief OP Mehra dissenting on the same grounds.

The Planning Commission received this on 26 November and felt that ‘there was sufficient reason for believing that the acquisition of the B-737 may not be appropriate and that a decision should not be taken without the completion of a system study’. The matter went to the Public Investment Board which, on 10 January 1977, opposed the proposal, pending a system study.

K Raghuramaiah, who had taken over as Union Minister of Civil Aviation in December, was told by RK Dhawan, in the course a visit to the PM’s house, to look into the Boeing purchase which “was being delayed” in his ministry. According to the report, Raghuramaiah ‘took Shri Dhawan’s reference to the subject as an order emanating from the Prime Minister’. Raghuramaiah told the Commission that as Minister of Parliamentary Affairs he had gone so far as to obtain the resignations of Uma Shankar Dixit, Swaran Singh and Raj Bahadur on Dhawan’s instructions because he believed them to be “coming from the Prime Minister herself”.

On 8 February, the Cabinet cleared the proposal, and the contract was signed the next day even though the delivery schedule limit presented by Boeing had expired on 7 February. The report noted, ‘According to the Finance Ministry, there was no instance of an administrative Ministry going ahead with the proposal to the Cabinet for a decision against the recommendations of the Public Investment Board.’