Project Touch Me Not 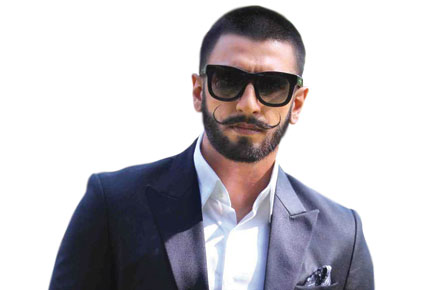 Karan Johar’s jinxed reincarnation drama Shuddhi is reportedly dead and buried now. Until recently, the film’s casting was among the most discussed topics in the film media— not surprising, given that at least four different A-listers were attached to the project at some point or the other—but the failure of Brothers appears to have sealed the fate of director Karan Malhotra’s ambitious project.

Word on the street is that Shuddhi was no longer looking like the slam dunk that the ‘money guys’ at Dharma Productions were hoping it might be. What’s more, it had become hard to justify handing over the reins of such an expensive project to Malhotra in the wake of Brothers.

After Hrithik Roshan was originally committed to star a few years ago, and subsequently left the film, Shuddhi was famously offered to Ranveer Singh who said ‘yes’, and then ‘no’, when shooting dates clashed with Bajirao Mastani. It led to a brief falling out with Karan Johar, who roped in Salman Khan. But that wasn’t meant to be either. The muscled star exited the project amidst uncertainty over his future, given impending judgments in his legal cases. Johar promptly announced that his Student of the Year discoveries Varun Dhawan and Alia Bhatt would take the lead roles.

Then, just when it looked like all holes had been plugged, Brothers failed at the box office. Suddenly, the project was not a sure thing anymore. Sources say Johar has asked Malhotra to put Shuddhi aside and work on something new (read something more reasonable and viable) instead. Meanwhile, the dates that Varun and Alia had committed have apparently been adjusted against Humpty Sharma Ki Dulhania director Shashank Khaitan’s next.

A fancy fourth-floor gymnasium in a building tucked away in a Bandra bylane has become a popular star-gazing spot in recent months. Shahid Kapoor drives from his Juhu home to work out here— often accompanied by wife Mira—but fellow patrons reveal that the Jab We Met star refuses to be distracted by fans who frequently show up in the hope of coaxing a selfie out of him.

They have a better chance with Ranveer Singh, a regular at the gym, ‘and just the nicest guy ever’, according to patrons. The Bajirao Mastani star, who spends hours every evening sweating it out for Aditya Chopra’s Befikre, obliges autograph and selfie- seekers, and seems to know how to turn on his charm, particularly when it comes to the ladies. “He’ll compliment them, say something nice about their hair or their shoes, remember their names…and without ever coming across as fresh.”

Ranveer also sportingly poses for media photographers who gather at the building gate and urge him for pictures as he heads back home after his workout. “The other stars never cooperate. They don’t like to be seen in sweaty clothes. But not Ranveer. He just seems very comfortable in his own skin,” my source reveals.

Tiger Shroff, another frequent visitor, may not be as outgoing as Ranveer, “but he’s always well-mannered”. Aditya Roy Kapoor is “chilled out”, Sohail Khan “keeps to himself”, and Saif Ali Khan “really doesn’t like to be disturbed”.

Where There’s No Love

This influential filmmaker may have launched this A-list leading lady’s career in a blockbuster film some years ago, but if the industry grapevine is to be believed, there’s no love lost between mentor and protégé. The pair is believed to have drifted apart almost immediately after their first film, and the cracks only got deeper after the actress became the muse of the director’s arch rival, who went on to cast her in two successful passion projects.

Director and actress worked together again—reluctantly—when a star-producer insisted on casting the now-top heroine in the new caper he was making with the director. Both filmmaker and leading lady have told friends that it was not a pleasant experience. Egos were flying all over the set, and reportedly, the director still insisted on treating the actress like a newcomer. It’s surprising then that the filmmaker and the actress have collaborated for a third time now, this time appearing in an ad-film. Shrewdly hiding the contempt they share for each other, the duo comes off as close friends on screen…you might even spot some warmth between the two.

It’s true what they say about film folk. Nothing speaks louder that fat paychecks.