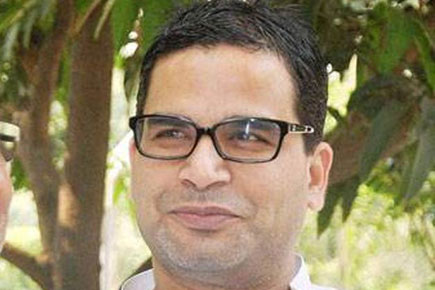 Prashant Kishor, considered one of India’s most successful poll strategists, has been roped in by the Congress for assembly elections in Assam and Punjab. The current agreement is for these two states, and it may extend to Uttar Pradesh in 2017.

Kishor first hit the limelight in 2012, when he worked on Narendra Modi’s electoral campaign for the Gujarat Assembly. His biggest moment, of course, was Modi’s stand-out victory in the 2014 General Election. By that time, he was a member of Modi’s coterie, and as a master strategist, he kept the war room buzzing with ideas to go with the overall theme. Dramatic innovations like 3D holograms of Modi and his ‘Chai Pe Charcha’ outreach programme were among his major successes.

After the General Election, however, Kishor fell out with Modi, and later found a friend and new client in Nitish Kumar of Bihar. Once again, the poll strategist was hard at work—this time to help Bihar’s Chief Minister secure another term in power as the leader of a ‘grand alliance’ of three parties—Nitish’s JD-U, Lalu Prasad’s RJD and Congress—that joined hands last year against Modi’s BJP.

The Bihar success sealed Kishor’s reputation as a man with the magic touch. Yet, the Congress assignment is likely to prove his toughest so far, given that the party is struggling in both those states in particular and on the national stage in general.

When speculation first arose that Kishor would be working for the Congress—he had met party Vice- President Rahul Gandhi on 13 November at the latter’s Delhi residence—party leaders had denied it. However, a top Congress source has now confirmed to Open that Kishor would soon take charge, with management of the Assam polls his first task. “Something has been worked out and he would work on this,” says the senior Congress leader. “We cannot say much more than this at present.”

The leader reveals that while a go-ahead has been given by the party high command, the structure of the campaign and management details are still being chalked out. Kishor is said to have insisted on reporting directly to Rahul Gandhi, instead of different state heads of the party. Also, he has reportedly sought the assurance of state leaders that they would follow his instructions during the campaign.

Even as preparations for the Assam elections get underway (they are to be held in a few months from now), spadework for Punjab, where polls are scheduled next year, is said to have begun.

As of now, there is no word on whether Kishor would also work on polls in West Bengal and Kerala, also due in a few months. Party sources say that Kishor himself has been less than keen to work in Kerala.

While Kishor’s track record may boost the party’s confidence, sceptics are not sure if even that would be good enough to pull off the sort of victories he is used to. Either way, everything India’s most celebrated poll strategist does will be watched closely.