Not Alone in Bollywood 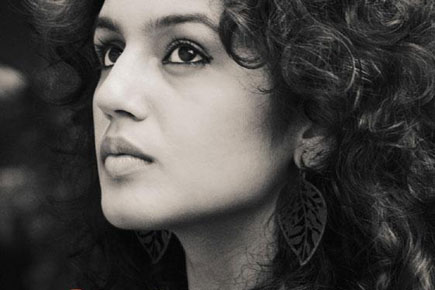 
Last week, just hours after the Supreme Court upheld the conviction of Sanjay Dutt on charges of illegal possession of firearms, sentencing the Munnabhai star to five years’ imprisonment, a swarm of the actor’s film industry friends had gathered at his Bandra home. Over the course of the next few days, producers, directors and actors trickled in, offering solidarity and volunteering to speak up in defence of Dutt as part of a campaign his wife Manyata was reportedly mobilising to plead for the actor’s pardon.

Dutt himself has been calm, say friends who visited him, and seems concerned only about providing for his family. The actor allegedly took at least two filmmakers to a quiet corner, urging them to promise that they would direct a film for his home banner. “I’m the only breadwinner of my family and I could serve up to three-and-a-half years,” he reportedly told them. “I need to make sure my family is taken care of.”

On Sunday, Dutt was paid a visit by his old friend Salman Khan, who had arrived the same morning from the US where he was undergoing medical treatment. Salman, whose own legal woes kept him busy the rest of the week, is believed to have assured Sanjay Dutt that he would “always” look out for the star’s family “if the situation arose”.

Gangs of Wasseypur star Huma Qureshi, who replaced Kangana Ranaut in Ishqiya director Abhishek Chaubey’s Dedh Ishqiya, can’t seem to contain her excitement over landing an opportunity to work with Madhuri Dixit. Currently filming in Lucknow with Naseeruddin Shah, Arshad Warsi and the dhak dhak icon, Huma has reportedly struck up a warm friendship with her idol, who she was surprised to discover has none of the starry airs she was expecting.

Watching Madhuri keep the unit entertained with impressions of other stars and filmmakers, Huma was relieved to note that the legend was “actually very normal and without a trace of ego”. Having literally grown up on the actress’ films, Huma claims she mustered the courage one afternoon on set to reveal to Madhuri that as a girl she’d often dress up like her and pose for pictures. “I know I still have a photograph of myself wearing a miniature version of the green-and-white outfit Madhuri wore in a song from Hum Aapke Hain Koun. I told her I’m going to find the picture, blow it up and get her to autograph it for me,” Huma says, half excited, half embarrassed.

The One Who Smelt the Coffee

After losing out on at least three major films with big banners recently, and on realising that he has gathered close to no goodwill whatsoever in the ten odd years he has been working as an actor in Bollywood, this young male star is believed to have started making amends. Currently filming two big-budget films with hit directors, the actor had famously rubbed at least three young directors the wrong way after he asked them to “assure” him that their films could generate blockbuster box-office returns if they wanted him to commit himself to their projects.

But it appears that he’s finally got someone giving him the right advice. The actor has reportedly stopped interfering in departments that don’t concern him and is focusing solely on his own performance. According to a source in the know, he has also become less irritating and irritable in his dealings with the media.

According to an actress who has worked with him—and claims to have borne the brunt of his moodiness and unprofessionalism—the actor’s change of heart happened once he realised he could be replaced by rank newcomers in big-banner projects. “He probably thought the producers would hold out for him, or would shelve their films, or perhaps give in to his unreasonable demands. But when nothing of the sort happened, he was forced to wake up and smell the coffee.”

The actor’s own advisors have apparently chided him for his high-handed behaviour with top banners—which are unlikely to consider him for future projects. “What’s more, with newcomers being cast in films he was offered, he has realised he may have strengthened the competition against himself,” the actress explains.

(The photo above was changed after the article was published)