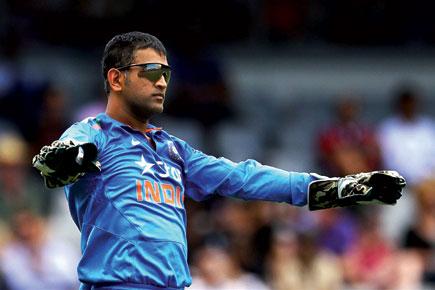 What does it say about a team that came within striking distance of the One Day World Cup not very long back and has now just given Bangladesh, a team that has never been in any serious reckoning, their first series victory versus India? It was only a few weeks ago that Ravi Shastri, the man who is a coach but not a designated coach, was asked at the pre-series press conference whether the Indian team needed a full-time coach after Duncan Fletcher and had replied that it was not necessary. He then indicated, quite confidently, that he was there to take care of the team’s needs. Extraordinarily for Indian cricket, where there are only closed doors in decision making, this was probably the first time that a man seemed to be saying that he would appoint himself if need be.

But is that really the cause for this humiliating defeat? Shastri is probably right in the message he gave out, even if he perhaps didn’t intend to—the coach is in many ways inconsequential. Cricket is a game where the coach can only make a limited impact. Look at Bob Woolmer, who was hailed around the world as a strategic genius in South Africa’s success but then he couldn’t do anything similar with any of the other teams he coached. One news report after the first defeat against Bangladesh, quoting unnamed sources, said that Shastri had warned non-performers during the game that they would be dropped. But it seems that it made no difference at all in the second ODI.

So then you have to move to the person who is definitely of immense consequence—the captain. Only if he is clever and pushy enough, can he get the side he wants and then make the vital decisions on-field that can change the game. After the defeat, Mahendra Singh Dhoni said he would be okay with being removed as captain if that would help the Indian team. There was a time during the reign of N Srinivasan as BCCI’s boss when such talk might have had little effect. But now Captain Dhoni is in a precarious position, and, sooner rather than later, the management will take him at his word. It’s a fall that is being written into a conclusion with every passing game.

What is even more interesting about the Bangladesh series defeat is that, apart from the cricket establishment and the die-hard fans, who sit with a pen and pencil to note down each and every ball, it has evoked little reaction from the general public. That few are interested in a game against Bangladesh is understandable but no public uproar over such an abject loss is not in the usual scheme of things. There is a reason for that and it has do with the gradual extinction of the One Day format. Earlier, no one had the patience to watch Test cricket, now no one has the time or energy to spend a whole day on an ODI match.

So even if Dhoni leaves, there might not be much more time left for ODI cricket. You take the great players of the last decade, and most of their batting or bowling that is remembered is all from memorable ODI matches. And in the next decade, it will be T20, and the decade after that, T10. Cricket will shrink until it becomes time-wise a more rational and accessible sport.