Men Who Wrote the Rulebook

Successive regulators have left their own imprints on the Indian capital market. 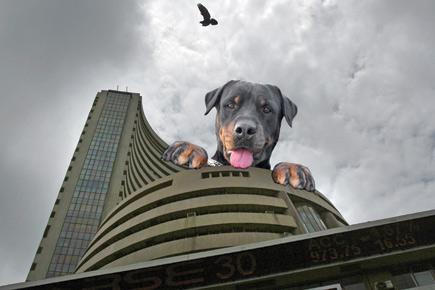 Successive regulators have left their own imprints on the Indian capital market.


Leaders, it is said, always leave their own distinctive mark. Nowhere have I found this to be truer than in market regulation. India’s stockmarket history will be incomplete without mention of the vastly different leadership styles of the men who headed its regulatory authority, the Securities & Exchange Board of India (Sebi). Looking back nearly 18 years after Sebi got statutory powers in January 1992, the tenures of each of these men seemed to coincide with the various phases of growth of the Indian market itself.

The toughest task was that of GV Ramakrishna, who led from 1992 to 1994, one of the most turbulent periods ever. After protesting Sebi’s authority at first, Indian stockbrokers had to come to grips with the real ‘GVR’: a no-nonsense regulator who would not be cowed by the moneybags of Dalal Street. From asserting Sebi’s authority over unruly brokers to cleaning up the markets after the 1992 Harshad Mehta scandal and finally banning badla or carry-forward trading, GVR was synonymous with tough talk and tougher action. A civil servant of stature, he inspired both respect and fear. Ironically, the badla ban was one of his last big moves, as he then made way for SS Nadkarni, chairman of Industrial Development Bank of India (IDBI).

In many ways, Nadkarni’s appointment at Sebi was symptomatic of the ‘development’ stage of Indian equity markets. The IDBI-promoted National Stock Exchange (NSE), set up as the Government’s answer to the then broker-dominated Bombay Stock Exchange (BSE), was coming into its own as a force to reckon with. Nadkarni’s tenure was, however, short-lived, and he passed away suddenly in 1995.

It was then that Devendra Raj Mehta, the Sebi chairman who had the longest tenure of seven years, was appointed. As a bureaucrat from Rajasthan and former deputy governor at RBI, Mehta was politically savvy and kept a keen eye on developments in New Delhi. A darling of the media, the mild-mannered, amiable Mehta was often accused of leaking regulatory action to the press even before market intermediaries were informed of them. A believer in delegation, he had a penchant for governing by committees—any new regulation would be preceded by the setting up of a high-powered committee to make a set of recommendations, which, more often than not, would pass muster at the Sebi board.

Mehta was the antithesis of GVR. Accessible to brokers, he used to hold durbar-style informal meetings for intermediaries to present their views. To be fair, his tenure saw several pathbreaking regulatory initiatives as well: a spruced-up corporate takeover code being notable among them, thanks to the JN Bhagwati committee. Primary market reforms and disclosure norms were also pushed through, thanks to the YH Malegam committee. But if GVR had persistent run-ins with BSE brokers, Mehta was seen to be close to them, which earned him much criticism; his long tenure will also be remembered for the Ketan Parekh scandal and a controversial move to bring badla back in another form.

Mehta’s successor Gyanendra Nath Bajpai, a former Life Insurance Corporation chairman, came at a time when major changes were sweeping the capital market. He made the market more tech-savvy, and stressed the need to introduce more sophisticated financial products. Bajpai was an astute manager and was able to strike a balance between arch rivals BSE and NSE.

During 2005-2008, Meleveetil Damodaran, a career bureaucrat who had steered ailing public sector banks, Unit Trust of India and IDBI back to health, helped consolidate India’s image as a safe and maturing market. His stint was businesslike, and saw key regulations being fine-tuned, with new ones drawn up for Qualified Institutional Placements, as big investors gained clout.

Current chairman Chandrasekhar Bhaskar Bhave, a former Sebi executive director, has served under both GVR and Mehta. And Bhave, who is also the architect of the Indian depository system, has already streamlined the public issue mechanism by ensuring funds are not taken out of bank accounts until allotment, and given an impetus to mutual fund reforms.

As India stakes its claim on the global economic stage, the functioning style of the man who leads Sebi will be as critical as the laws he helps formulate for an efficient equity market.