Memories of Another Day

Life inside a space shuttle bubble 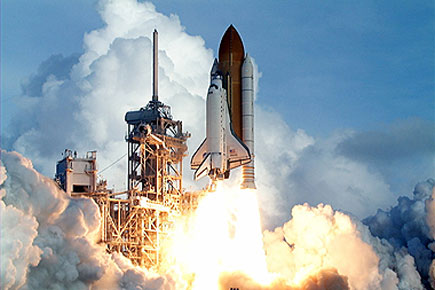 Life inside a space shuttle bubble


My first assignment as a foreign correspondent was the heartbreaking death of Kalpana Chawla in the explosion of the space shuttle Columbia. A long-time columnist, I had made it clear I wanted no part of the newsroom,  but I had recently lost my father and the coincidence was too intense to ignore. I said yes. I said yes again when the newsroom called one night last week, as the space shuttle Atlantis was preparing to make its last-ever touchdown. “Give us 700 words? In an hour? Make it personal,” they added, “make it about your father.”

My dad was one of the engineers who built the engines of the American rocket ships and shuttles. I grew up in a house that was all Space Shuttle: pillows in the shape of space shuttles, model space shuttles hanging from the ceiling, space shuttle letter openers, paperweights, magnets… Dad’s job was an unglamorous one: he was in charge of designing the tests to check the engines, and until he and his team had made sure that every engine part worked perfectly, he would not clear its use. This job did not make him popular in the organisation. He couldn’t understand why (not even why his talent at finding faults and cracks in every plan did not make him popular at home either). He was only ensuring we wouldn’t crash, no?

Dad was one of a group of engineers who knew that the ‘o’ rings, famous for cracking and causing the explosion of the Challenger in 1986, were faulty and might crack. They warned all the right people, but politics won out and their pleas were ignored. He watched the takeoff on TV at home (it was my mom’s birthday). Seventy-two seconds later, it exploded, leaving not a speck of its crew. When he woke up the next morning, his black hair had gone grey.

It was shocking to discover, once it was too late, how little we knew (or cared) about our Dad’s job while growing up. The official reason was that his work was secret but I now suspect that was only our excuse. He woke up early, left before we were ready for school, and came home in the evenings tired, shoulders tight, sitting with paperwork into the night. In the beginning, he worked on the top-secret ‘Hill’, up above the famous San Fernando Valley, that giant suburb of LA. Later, they moved down into an enormous structure in the middle of the suburb, across the street from the world’s first shopping mall (A year ago, I found out that there had been a nuclear meltdown on The Hill in 1959. That’s why they had moved, but it was glossed over and forgotten, never even mentioned in my home, a few miles down the road). Despite the close proximity, we only went round once, on a special (boring!) family visiting day. I found the whole thing grey, square, impenetrable. Even an event that should have been one of the more treasured ones of my childhood passed without much notice: I was at the takeoff of one of the first space shuttle flights ever! I remember the cold of the sunrise over the launch pad; I remember the plaid blankets wrapped around us as we drove all night through the desert to reach there in time. There was the ear-piercing noise that I might be assuming in retrospect. I was proud of him. That’s all I remember.

It was when we sat together to watch Star Trek on TV that we knew how much he loved his work (not the endless politics that really took its toll on him; he didn’t understand it and navigated it poorly). How thrilled he was to be a part of the space programme, which he believed in completely. With his weak heart, big belly, and thick lenses, no one could mistake him for a more glamorous astronaut. But when he watched Star Trek, he could imagine he was testing the engines of the USS Enterprise for Spock and Captain Kirk.

Sitting on my verandah one night last week, wrapped in a plaid blanket and half expecting a newsroom call (“Be Quick!”), I searched the starless sky for that airplane-shaped rocket ship, so tiny against the vast black cosmos. ‘An emotional final landing of the space shuttle expected,’ said the headlines around the world. As far as I’m concerned, the space shuttle will never land, it will continue to orbit us in an ever-growing spiral, Captain Bernie Ginsburg at the helm, voyaging for eternity to the final frontier.