Lie of the Land 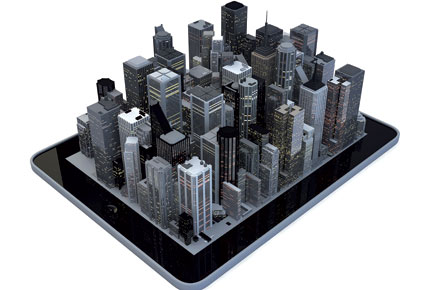 
Some years back while doing a weekend course in archaeology at Mumbai University, I was present in a class where a guest lecturer was teaching us the basics of cartography. He had a couple of large maps to help him illustrate. After the lecture, one of the students asked him whether it was possible to take a photocopy of one of them. He said apologetically that he couldn’t allow it. It would be illegal to do so. The maps he had were by the Survey of India, the country’s official map-making agency. These maps are important to archaeologists because of the elaborate detailing of topography. For instance, they show geographical features like isolated hillocks which are good places to excavate because there is a strong possibility of their being archaeological mounds.

Recently, Google had a contest called Mapathon, asking people to supply geographical information about their locality. Prizes included Android tablets and smartphones. Along with information like roads, restaurants and geographical features, what Google also got out of the exercise was a case filed by the Survey of India, which said the contest itself was illegal. It broke existing laws and was a security concern. Tarun Vijay, a BJP Member of Parliament, supported the Survey of India. He approached the Home and Defence ministers and also wrote a blog saying that sensitive installations are being shown on Google Maps.

There are a number of interesting elements to this drama. When the Survey of India first complained to Google, the latter offered to have a discussion to sort it out, but got no response. The next it heard was the case being filed. Like all government agencies that hang on to their vanishing monopoly through outdated laws, the Survey of India’s primary motivation is turf protection. And it is a turf already swallowed by technology. What Google did through the contest is something called crowdsourcing—getting the general public to provide a service which is routed back to them. That is something beyond the grasp of a bureaucrat. Also, the idea that a simple request might be enough for Google to not show sensitive installations is also beyond his comprehension.

The argument of security concerns is also intriguing. Most of the Survey’s maps are available for sale online. Those deemed restricted need special permission and anyone interested needs to wade through red tape to get it. But the irony is that even these can be got through other government agencies. In a Current Science article as far back as 1999, the late SM Mathur, a renowned geologist, had pointed out some of the contradictions of map restrictions. ‘Another arm of the Government of India, the National Remote Sensing Agency, freely sells detailed imageries not only covering India but also adjoining territories; these include areas that fall under SoI ‘restricted’ categories. These imageries have a resolution of 5.2 to 5.8 m. This means that objects even as small as a truck on the ground can be identified,’ he wrote. His grouse was that geologists often need these restricted maps and don’t get them.

The police complaint against Google is all the more pointless because even when there is no contest, users can and do update Google Maps simply because there is a utility to it. If your office or home is put up on Google Maps, then it makes it easy to direct anyone with a smartphone towards it. Technology doesn’t go backwards and Google is not the only one with satellites. More and more people will continue to use such services and add to it.

At the heart of this issue is also India’s fixation with labels like ‘security’ and ‘sensitive’ that let governments get away with anything. Accountability requires that you get down to specifics, and that is something those who throw this jargon about always duck. No one will argue that a map of a secret nuclear installation should be out there. But if it’s a secret installation, then ordinary citizens won’t know about it to upload on Google Maps. Tarun Vijay cites the example of two airbases but those are not secret locations. The Indian Air Force website has an entire list of aerodromes and the regions they are in, which includes both these airbases. Companies like Google are also not really interested in such information. Why would they be? They are in the business of making money, and peddling truly ‘sensitive’ information is a sure way of getting booted out.