Let’s Not Ask Her Screen Age 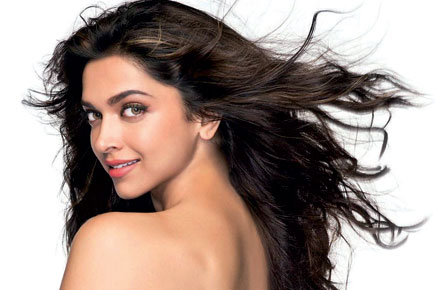 
Aditya Chopra has given Katrina Kaif three of her biggest films —Ek Tha Tiger (opposite Salman Khan, a bonafide blockbuster), Jab Tak Hai Jaan (opposite Shah Rukh Khan, another blockbuster), and the forthcoming Aamir Khan-vehicle Dhoom 3 (a surefire firecracker)—yet the actress turned down Gunday (which Aditya was reportedly keen that she star in) so she could work with Hrithik Roshan in Siddharth Anand’s Knight & Day remake, Bang Bang, instead.

Priyanka Chopra slipped into Gunday instead, earning brownie points with the producer. And Bang Bang, whose shooting dates originally clashed with Gunday, has been endlessly delayed, with filming only likely to start in June now.

Industry pundits are saying Katrina is no longer in Aditya’s ‘good books’, and she might have shot herself in the foot by turning down Gunday, where she would have been cast opposite younger heroes Ranveer Singh and Arjun Kapoor. “Working so frequently with the Khans and with Hrithik, her ‘screen age’ has become considerably more than her real age. Unlike Deepika and Anushka, Katrina doesn’t have films opposite younger actors like Ranbir, Imran and Shahid. It wouldn’t have hurt to do a film that would bring down her screen age,” explains a respected film producer.

Deepika Padukone may have known Ayan Mukerji from the time he directed her then-boyfriend Ranbir Kapoor in Wake Up Sid, but when she worked with the 29-year-old director on Yeh Jawaani Hai Deewani recently, she reportedly received no favours on account of their old friendship. In fact, the actress told me she got quite an earful from Ayan on the first day of shoot when she “jokingly” made a comment that he didn’t appreciate. “He really let me have it,” she says, now smiling at the memory.

At the time, however, the actress burst into tears following the public dressing down she received and had to be pacified by Ayan and Ranbir (who stars opposite her in the film) before she could resume filming. It didn’t help that they were filming in the freezing cold of Manali on a snow-capped mountain, where every minute spent not shooting was another minute allowing the chill to get into their bones. “I was okay soon, but it really threw me off initially, getting yelled at in front of the whole unit,” Deepika recounts. “I guess what upset me most was that Ayan didn’t realise I was only joking; he got mad at me for a joke.”

Not an auspicious way to start a film, some would say. “Well, Farah [Khan] made me cry on my first day on Om Shanti Om,” Deepika reveals cheekily. Didn’t really hurt that movie, did it? Might even turn out to be a lucky charm.

To Act or Not To Act

For years dismissed as a non-actor, this good-looking leading man insists he’s finally been vindicated by the success of his latest film, even though feedback on his own performance was, at best, mixed. He’s been lashing out at critics, saying things like: “I’m sorry I’ve proven you wrong!” and “Ouch, it must hurt that you couldn’t keep me down.”

His confidence and cockiness may come from the fact that his next release is a serious thriller directed by an awards-darling; a film that the star is convinced gives him enough scope to flex his acting muscles. But someone ought to remind him of that old adage of speaking too soon. Encouraged by his recent success, he goes next into filming the sequel of a blockbuster ‘brainless comedy’ that will more than likely have critics drawing their daggers again.