Left out by the Left

How a barely remembered island in the Sunderbans delta links to the chain of events that has led to the Indian State’s woes with Maoists. 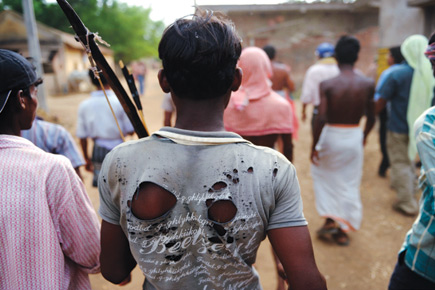 How a barely remembered island in the Sunderbans delta links to the chain of events that has led to the Indian State’s woes with Maoists.


Most of us haven’t heard of a small island in the Sunderbans delta called Marichjhapi. Unless, that is, you were living in Bengal in 1978-79, or have read Amitav Ghosh’s extraordinary novel The Hungry Tide. But Marichjhapi is one of the most important links in the chain of events that has led to the Indian State’s woes with Maoists.

But let me start at the beginning. One of the most poignant stories I’ve ever heard about the Partition is from an ex-colleague. His father and his newly wed wife were fleeing East Pakistan, following the massacres. They reached one of the last boats to cross the river to India. But only the man could board; his wife was left behind in the riverside crush. He never saw her again.

When he reached Calcutta, the Bengal government was offering the refugees a choice of three locations for resettlement: the Andamans, the Terai in what is now Uttarakhand, and the Dandakaranya forests of central India. The Communist parties vigorously opposed resettlement anywhere other than in West Bengal. A gentleman I knew, who was an official in charge of resettlement in the Andamans, used to tell me how Communist leaders, including Jyoti Basu, would stand at the Calcutta docks and convince refugees that they should not go, that the Left would make sure they would get land in West Bengal. Those who went to the Andamans or Uttarakhand (like my ex-colleague’s father did, where he remarried and raised a family) have flourished. Those who stayed back in Bengal got no land and lived in poverty, the sudden leap in population almost ruining the state’s economy. Interestingly, it was the resentment these lakhs of people bore about their fate that brought the Left to power for the first time in the state in 1977, on the explicit promise that the Left was ‘the friend of the Bengali Hindu refugee’.

When more than a lakh families reached Dandakaranya, a vast forested area that stretches across Chhattisgarh, Andhra Pradesh, Orissa and Maharashtra, they discovered it was one of the most arid and disease-ridden regions in India. For all practical purposes, they had been condemned by the Indian State to generations of helpless penury. For years, the Left parties of Bengal asked the state and Union governments to give these people land in Bengal. But the migrants had effectively been erased from the pages of history.

When the Left came to power in 1977, there was joy in Dandakaranya. About 30,000 peasants migrated to Marichjhapi, and cleared the land for agriculture without any subsidy. What happened next is incredible, and can at best be called the first instance of state-sponsored terrorism in independent India. Following Chief Minister Jyoti Basu’s orders, the police fired on the unarmed peasants, stopped NGO relief boats trying to reach the island, destroyed all the boats of villagers leaving them no escape route, cut off food supplies, starved to death men, women and children, and confiscated their property and destroyed their homes. Hundreds were arrested.

Then, the Communist government forced as many of the refugees as it could find on special trains, locked the doors from outside, and sent them back to Raipur. Though the official figure for police-firing casualties is 13, independent estimates put it at above 100.

Thirty years have gone by. No one but the victims remember that pogrom of helpless people, people who had lived in hope that Marxists would give them a chance to live human lives. But the victims will never forget, and their children remember. Dandakaranya remains a cursed region. There has been no development, and the people lead wretched lives. Is it any wonder Maoists now have a stronghold here? Betrayed by every entity in our political system, what do these people have to lose?

If you know of Marichjhapi, you can hardly feel any sympathy for the Indian Left.