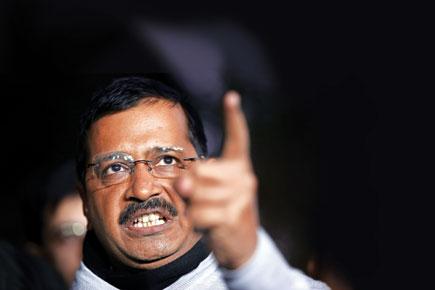 First, a round of applause for Arvind Kejriwal. The once-upon-a-time bhagoda has succeeded in retaining his Chief Ministership for one whole year. For the self-styled change agent who stays unflappable under the toughest odds, this is quite an achievement. But this is an accomplishment only for Kejriwal. Not for his Aam Aadmi Party as a whole, and definitely not for Delhi, which has had little more than a year full of theatrics.

Over the past 12 months, Kejriwal has demonstrated that he is a showman pretending to be a political strongman. The city’s problems are still what they were, but the Chief Minister has skilfully put the prominence of his post, Delhi being India’s capital, at the service of his national ambitions. Therefore, all this week, as Kejriwal’s first full year in office is assessed and analysed, comparisons will be drawn with Prime Minister Narendra Modi by political pundits and casual observers alike. After all, the phenomena of Modi and Kejriwal do bear some resemblance, even if only superficially so. Both men are populist leaders who have forged direct bonds with vast numbers of voters. Furthermore, both nurture the same ambition of power, promising to transform politics as we know it.

While the Chief Minister may have stuck to his chair, however, his plans for Delhi appear to have come unstuck. It is worthwhile here to recall the romance that Kejriwal once evoked in the capital as an aam aadmi leader, a man of the masses. It was just in February 2014 that Kejriwal, wearing a big smile and a new topi of power, took office as Chief Minister for the second time. With the episode of his earlier 49-day stint behind him, he had once again constructed a story of the gentle knight on a noble crusade to end corruption and self-serving politics. Though there prevailed a sense of anxiety over his anointment as he lacked the experience of—and some feared aptitude for—political leadership, AAP’s electoral sweep that gave the party 67 of the Assembly’s 70 seats made him the city’s choice as its standard-bearer for a new kind of progressive movement in the public arena. And it was with this aura that he took his new job in the capital. Thus began the ‘Paanch Saal Kejriwal’ journey.

One look at AAP’s election manifesto, and it is clear that Kejriwal’s term so far has been a story of unfulfilled promises and frustrated hopes. The list of promises either abandoned or forgotten is long. Free wi-fi is still unavailable in Delhi’s public places, no headway has been made in filling vacancies in government departments, the city still lacks comprehensive CCTV camera coverage and there is no sign of progress towards a ‘solar city’, even as plans languish for 500 new schools and 20 new colleges, regulating fees of private schools and freeing the capital of illicit drugs.

Kejriwal has however racked up a few policy victories. He managed to get stubborn Delhiwaalas to abide by his ‘odd-even’ formula to fight air pollution. He also scrapped a privilege senior ofﬁcials had that let them reserve places in nursery schools, a practice which has for years been an invitation to corruption. But these feats have been overshadowed by his countless missteps: the clashes with the Centre or Lieutenant Governor Najeeb Jung, pettiness with the press, and an unseemly fuss over wanting control of the Delhi Police (and even Central officers). All premature efforts to take on a national role.

These foibles may delight his critics, who see Kejriwal and his AAP as failures. But these have cost Delhi dearly. The sheen of a metropolitan city that it had acquired under Sheila Dikshit seems to be fading. The city’s civic amenities appear in bad shape, and, thanks to the continual face-off between the Chief Minister and the Municipal Corporation, has begun to stink more. The mismanagement, lack of leadership and vision, is turning the wheels of the city back to the time it was considered an overgrown village with a special enclave for VIPs at its centre.

Kejriwal is using Delhi as a platform to fight larger political battles, perhaps gain nationwide popularity. Taking a leaf out of the Prime Minister’s book, the Chief Minister keeps himself busy campaigning instead of governing. And therefore, instead of focusing on governance and spending more time in the capital, Kejriwal is to be found in other parts of the country—such as Punjab—in a bid to expand his party’s base, when not indulging in cheap gimmicks.

The attention Kejriwal gets is extraordinary. But he still lacks gravitas. The party and its leader are still devoid of a political ideology, and they continue to wallow in ad hoc policies. All said, he is more provocateur than politician, a far better agitator then administrator.

If Kejriwal wants to appeal to the country as a potential national leader, his biggest challenge will be convincing Delhi residents and everyone else watching him that he has what it takes to manage and make a success of the city. If he starts making headway here, he could bank on a ripple effect everywhere else. But if he fails, he would become a name for hapless chief ministers and leaders to be compared with.