The Isolation of Priyanka • What Mystery? • The Star Who Scrammed 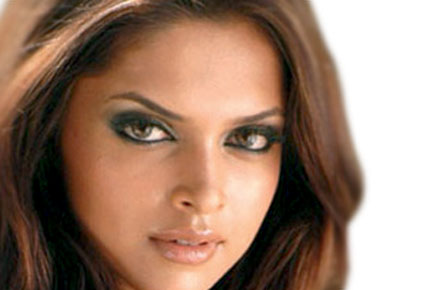 The Isolation of Priyanka • What Mystery? • The Star Who Scrammed


Guests who attended Dharma Productions CEO Apoorva Mehta’s 40th birthday celebrations at Land’s End Hotel in Bandra last Saturday have been sniggering at the snub Priyanka Chopra reportedly got from Karan Johar. At least two eyewitnesses say the actress gave a warm hug to her Dostana producer, who is believed to have returned the embrace, but didn’t exactly stick around to chat.

Johar was seen spending time with Sonam Kapoor and Preity Zinta, but allegedly maintained a distance from Priyanka, who he is still supposedly mad at. Story goes that in the wake of all the negative publicity the actress has been receiving lately (mostly for her rumoured link-up with Shah Rukh Khan), Priyanka’s publicists planted a story that the actress had been signed up for Johar’s next production, an adaptation of the bestseller The Immortals of Meluha opposite Hrithik Roshan. The idea behind planting the story was to dispel rumours that actors and filmmakers were no longer willing to work with her. But Johar reportedly blew a fuse when the story ran, insisting that he didn’t even have a script ready for the project, and was many months away from casting actors and actresses for the movie.

The filmmaker apparently has no immediate plans to work with Priyanka, lest it jeopardises his long friendship with SRK’s wife Gauri. No wonder he wasn’t thrilled with false stories claiming the contrary.

Deepika Padukone is looking stunning on the cover of a newly launched interiors magazine, posing in a blood red gown against an ornate room. Funny thing is, the shoot wasn’t conducted in the actress’ recently acquired Prabhadevi home, but on a set constructed for the magazine. The actress reportedly refused to entertain photography in her home as she was concerned that allowing even a glimpse of her private space would dilute some of her ‘mystery’.

At a well-attended filmi party last weekend, a catty rival actress remarked that there was not much mystery left to Deepika anyway. Referring to the fact that some very private details of Deepika’s alleged ‘reunion’ with ex-boyfriend Ranbir Kapoor in Goa recently had become public knowledge, the rival star said: “We know way too much about her private life already. That’s what she should be guarded.” Ouch!

The Star Who Scrammed

He might like us to believe that he’s a fearless star, but a filmmaker who directed him in a two-hero musical a few years ago has a very different story to tell. Turns out that while the muscleman hero was in the capital promoting the director’s film, he bashed up the Sikh boyfriend of a female fan who was sidling up to him at his hotel bar all evening. Bruised and angry, the boyfriend left the bar in a huff, but returned an hour later with a gang of armed friends. Hotel authorities reportedly distracted the angry gang in the lobby for 15 minutes, and warned the star and his brother (who were still in the bar) to rush away to their rooms immediately.

The actor and his brother locked themselves in his room, even as the angry gang reportedly knocked at almost every door in the hotel searching for the star. The actor, now visibly shaken, called up the director to help him out of the mess, but the filmmaker was in Mumbai and said there was little he could do from so far away.

Eventually, the hotel authorities had to threaten to call the police if the gang didn’t leave the premises. Having failed at locating the star, the gang left after damaging some hotel property.  Meanwhile, the star and his brother, who were reportedly cowering in their room when they finally allowed the hotel manager in, demanded that the hotel stay mum about the entire incident, and offered compensation for all the property damaged in return for their silence.