Islam and the trouble with liberal apologists 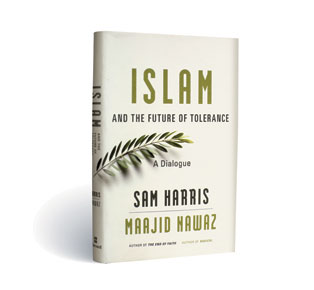 Tolerance is the word—abused, sloganised, and weaponised. It has divided India between hell manufacturers and persecuted liberals— at least on the front pages. Even a lazy perusal of the discourse, noisier than nuanced, will show you that the force that shrinks the space of reconciliation is applied religion. Or, as the caricature goes, in the cow-dung dictatorship of Modi’s Mahabharata, cultural as well as religious minorities are under threat. The caricature is made possible by the so-called civilisational right on the fringe, energised by an exaggerated sense of empowerment. Intolerant India has become the most disputed item of India 2015, so intolerant that some victims are even saying “show me the law” before standing up for the national anthem.

It was going nowhere, and it could not have been otherwise in a country where ideas and ideals are reduced in size and content to fit the stereotype of your tormentor—or to suit your hate campaign. Elsewhere, too, tolerance was indeed the debate, and Paris only made it intense and intimate. Once again, the question remained the same: was it scriptural legitimacy or the anger of isolation that pulled the trigger? Was it the supremacy of the Book or the ‘injustices’ of the world that killed? The answer continues to be contested, with ‘heretics’ such as Ayaan Hirsi Ali insisting that everything is written in the Book, and Islam is irredeemable unless there is a Lutheran intervention. Sadly, we find no reformist nailing his theses on the doors of the mullahs.

Then there are the sociologists, the sympathisers who argue that the killer balancing the Book and the Kalashnikov is shaped by his world—ghettoised, brutal and with no justice whatsoever. His magic carpet ride to the Caliphate of his perfumed memory is inevitable because the wretchedness he has inherited only breeds the fantasy of the other world. He has to gun down a few en route. (I will not go into the idiotic refrain that terror has no religion. Every jihadist is justified in feeling offended by this platitudinous nonsense.) There is no consensus on how to contain the beast, and that is partly because our arguments about it are nowhere near a conclusion.

The argument gets more engaging in this slim volume, Islam and the Future of Tolerance, a dialogue between Sam Harris and Maajid Nawaz (Harvard University Press, 139 pages, Rs 595). Harris is a bestselling American polemicist and neuroscientist, who, as the founder of Project Reason, wants to spread “scientific knowledge and secular values”. Nawaz is a fundamentalist- turned-liberal Muslim from the UK, whose think- tank Quilliam focuses on “extremism and religious freedom”. He began his adult life as a victim of “institutional racism” and a member of an Islamist group which, in his own words, sought to create an Islamic state—a Caliphate—before the ISIS, not through violence but indoctrination. He even had his stint of imprisonment in Egypt. It is said that modern jihad was born in Egyptian jails, though Nawaz did not become a jihadi in the end. He has become a dissenter and explainer.

The crisis within Islam, as Nawaz says, defies easy categorisations. If Islamism and jihadism pose the political challenge, the social danger comes from conservative Islam which may oppose the first two but supports honour killings and gender discrimination. Conservative Muslims could be allies in the fight against jihad, but can the liberals afford that? The fundamental problem with Islam, in Harris’ view, is that it is not a religion of peace, and jihadists must be the only guys reading it right. For Nawaz, “Islam is not a religion of war or of peace—it’s a religion. Its sacred scripture, like those of other religions, contains passages that many people would consider extremely problematic. Likewise, all scriptures contain passages that are innocuous. Religion doesn’t inherently speak for itself; no scripture, no book, no piece of writing has its own voice.” He subscribes to this view whether he’s interpreting “Shakespeare or religious scripture”.

That is a piece of lofty disavowal. Words have no voice unless they are spoken, no matter the words are gods invoked by jihadists on a killing spree. Still, it is brave of Nawaz, who calls himself a liberal Muslim, to admit that it’s virtually impossible to have an intellectually honest conversation on Islam. It is easier than ever to get marked in the smog of political correctness. As Harris says, the so-called liberal apologist, invariably a liberal non-Muslim, “equates any criticism of Islamic doctrines with bigotry, ‘Islamophobia’ or even ‘racism’.” This liberal cop-out owes a great deal to the growing grievance industry. Behind every act of violence, there is a mushy baggage of sociology. Every killer is a product of an injustice—imagined or historical. And all the while, the Book is kept aside. This is a condescending reading of a ‘different’ people, but the jihadists will be the first to repudiate this liberal benevolence. As a Palestinian diplomat was quoted as saying in a London Review of Books article, ‘One of the most striking things about Islamic State is that it has no demands.’

Only God demands—martyrdom and expansion. And as the liberal Muslim in this conversation says, the war will not end with the defeat of God. It is a war that involves more than 1.6 billion Muslims and more. It involves a larger number of mindsets, for we are still in dispute over the nature of the evil—or who really is the evil. Before starting what Nawaz calls a grassroots movement of secularism in Muslim societies, someone needs to nail those theses on the doors of holy terrorists.