Getting By with Fewer Friends

Taming of the Famously Late • Not so Prim-n-Propah, After All 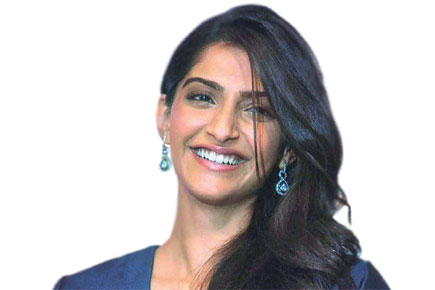 Amidst all the incessant divorce and remarriage rumours, Arjun Rampal managed to complete a big long shooting schedule of Rock On!! 2 in Shillong. The National Award- winning actor (yes, lest you forget) was joined on the set by his wife Mehr Jesia and daughters Mahikaa and Myra during Diwali, and he posted a picture of his ‘girls’ on Instagram.

According to industry insiders, the actor continues to share a close friendship with his Rock On!! co-star and producer Farhan Akhtar, even if their original ‘boys club’ may have disbanded after Arjun’s relationship with Hrithik Roshan went sour. He’s also thick with Rock On!! director Abhishek ‘Gattu’ Kapoor, despite the fact that Farhan and producing partner Ritesh Sidhwani were recently dragged to court by Gattu for denying him credit for the script of Rock On!! 2, a case he subsequently won.

Filmwalas joke that if Farhan were ever to make Don 3, it’s unlikely that he’d be able to secure a role for Arjun, given that there’s no love lost between him and former buddy Shah Rukh Khan. Any collaborations between Arjun Rampal and Farhan Akhtar would have to be strictly on Rock On!! sequels.

Taming of the Famously Late

Sonam Kapoor is unfazed by critics who’re carping about her performance in Prem Ratan Dhan Payo or bythe attacks from some feminists who’re protesting that her character in the film was regressive. The actress insists that doing a “big” movie like this one helps a smaller one like the Neerja Bhanot biopic get greenlit.

She’s certainly right about the fact that she was integral to the plot of the new Salman Khan-starrer in a way that Kareena Kapoor wasn’t in Bajrangi Bhaijaan… or for that matter any of the superstar’s heroines in any of his typical hero-centric blockbusters. She’s said she struck up a comfortable friendship with Salman, whom she convinced to walk the ramp with her during promotions recently, and who she claims has become more punctual under her influence. “I never had to wait more than an hour for him,” she told me.

I know what you’re thinking—an hour late is hardly punctual! Well, if you’ve known Salman as long as most others (myself included) have, an hour late is an improvement. The old joke used to be that you could make a whole second movie in the time that most filmmakers wait for Salman Khan to show up.

An hour late, you see, is an improvement.

Not so Prim-n-Propah, After All

An evergreen diva, currently prepping for an overseas performance she’s committed to, may have got on the wrong side of her staff. That can be the only explanation for their sniggering behind her back and gossiping about her ‘fondness’ for a younger TV actor. If the tattlers are to be believed, the famously prim-n-propah actress had the organisers of the show fork out a pretty package and hire the fellow to perform emcee duties at the overseas show. But when the diva’s husband decided he was going to travel with her as well, the male actor was promptly replaced.

According to gossip-mongers, the actress was floored by the attention that the small-screen stud lavished on her routinely while they worked together on a common project. Anyone who’s watched the show that they worked on will tell you it was clear she had developed a soft spot for the guy, and that he made no effort to hide the fact that he was completely besotted by her—even if his blatant flattery and shameless flirting was always accompanied by the caveat that he was a lifelong fan. While it isn’t clear why the actress’ husband decided last minute to join her on the trip—so that the actor could be kept in check?—her staff points out that it can’t be a coincidence that the very next day it was announced that the actor would not be accompanying the group as emcee.

To be fair, the diva has never been known to encourage inappropriate behaviour—much less indulge in it herself. So there’s a good chance there’s nothing naughty going on here at all. Not from her side anyway. But why are ageing male superstars the only ones allowed to bask in the affection of their admirers? That’s a luxury their female counterparts should be allowed too, no?