From Brand Modi to Modism

An amazing transition from Candidate to Prime Minister, from Seeker to Giver 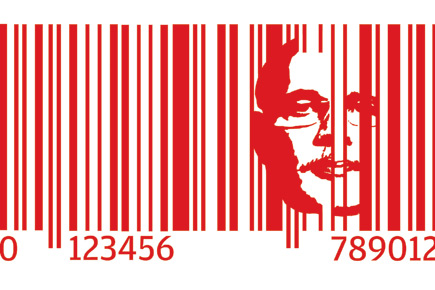 An amazing transition from Candidate to Prime Minister, from Seeker to Giver

Brands make very strange journeys. From commodity to brands and then almost becoming generic for the category. While this is true of consumption brands, there are very few human beings as brands who make this journey and that too within their lifetime. Gandhi stood as the brand of seeking freedom through non-violence and then went on to become a generic name for peace and freedom. Today, more than just the generic virtue, Gandhi is easily an ‘ism’ as well; it is another matter that people only pay lip-service to that. If you were to look at the category of consumer brands, it would be true in yesteryears for Dalda and Colgate as much as it is today for Google and Apple.

Narendra Modi is different from any politician that India has ever experienced. Only some dolts in the media would have expected him to blabber about every achievement or step he was taking after becoming Prime Minister. You only have to see his track record in Gujarat to understand that this man controls everything: from the message to the medium to the intended stakeholders. In that sense, he is the perfect brand because ultimately brands are about benefits. You don’t buy Surf; your intent is to buy the whitest wash. And like powerful brands, he is about symbolism as much as he is about delivery. Coca-Cola has never moved away from its core promise. Neither has Modi. He has harped constantly about Maximum Governance and Minimum Government and delivered slowly but surely on that. For many, his speech on Independence Day suggested his unhappiness with the Planning Commission, but if you read between the lines, he was only fulfilling his MGMG theme to greater effect.

The first thing any sensible marketer gets right is the product. Which is what Modi has done in these 100 days. The product is government sans middle-men and fixers. It is about a government that delivers on what it promises and doesn’t care about being unpopular. It is also about a government that goes about its tasks unabashedly without bothering about what TV pundits will have to say. It is also about courage and the courage of one’s conviction. The removal of state Governors may be wrong for a few, but Modi is not the kind to change his mind once he’s made it up. Hence the first message that he has sent out in these 100 days is:

‘I am my own man. There is Narendra Modi and then there’s the rest. I have a job to do which I will do without opposition or hindrance.’

Take his stand on Pakistan and begin by examining his stance on inviting the SAARC leaders to his swearing-in: both suggest the fact that Modi believes he has to first get the respect of the region before he begins to spread his wings. But then again, he doesn’t forget friends and always remains loyal—take the case of both China and Japan. Or for that matter the manner in which Sushma Swaraj is spanning the region articulating the new Indian diplomacy push. The core takeaway from this grandstanding is that he is not about to sacrifice national esteem at the altar of being seen to be liberal. Which says yet another thing about Modi. Years of post-Godhra bashing have made him treat the media with disdain. He uses it to great advantage rather than succumbing to its errant ways. It is no surprise that migrating editors who hated him once are now singing his paeans. Brands don’t alter strategy every time they face some media headwind. They build a connect with the consumer: in this case, yet again, everything Modi has done is about engaging people directly. From being their ‘Pradhan Sevak’ to the use of social media to the clothes he sports.

Like all good brands, there are three distinctive attributes of Modi: packaging (from sartorial taste to media usage), promotion (the causes he believes in: be it a Digital India or the Ganga or National Security) or positioning. Here he has positioned himself as the strong man. More Patel, less Nehru. More man, less wimp. More about being decisive rather than worshipping consensus.

But then this is a piece about the transition of Modi from Candidate to Prime Minister. From the seeker to the giver, as it were, and this is remarkable study about morphing into another role with such alacrity and focus.

As candidate he was voluble. Today he is measured. He doesn’t need to be on TV every day. He will appear on screens in any case, now that he is Prime Minister. As candidate, he was articulating his vision himself. Today able gents like Arun Jaitley are doing it with aplomb and that too only through their work. Earlier he was talking about transparency and honesty: and parties like AAP took pot-shots at him for his industry connections. Today, he is far removed from any of them. In a manner, Candidate Modi was actually listening to people while saying all that he was because his actions have proven how he has responded to criticisms which could have cast a cloud over his intent or deeds. Take his cabinet, for instance: one glance and you will know that he has no place at the top table for people who are either old (so no one above 75) or who were habitual dissenters to him. This helps the brand attain a greater enigma. His key cabinet minister Arun Jaitley is known both for his intellect and integrity, which again establishes the fact that Modi was not pandering to any industrialist pressure to appoint someone other than Jaitley for both the Finance and Defence portfolios. Modi respects track records, which is why Rajnath Singh is where he is. So in many ways the transition from Candidate to Prime Minister has been one of demonstrable resolve.

Demonstrating intent with action. Which is what he would like his birthmark to be.

Finally, while as a candidate he had to rely on a much larger firmament of believers, Modi as Prime Minister has identified a core group of specialists who he believes will be honest and deliver. If you take his choice of Nripendra Misra and Ajit Doval as indicators of his intent, you have demonstrable proof of that.

Modi as Prime Minister also benefits from the ugliness of history that the past ten years of Manmohan Singh as PM left us. Never had a Prime Minister been the subject of such ridicule as Manmohan was (perhaps unfairly at times). Modi wants to change that, and he has. He has brought back the supremacy of the PMO: and like all strong brands, has established control where there was none.

In many ways, Modi has continued to be the master of what he has always been: surprise, but also predictability. We all know that Coca-Cola anywhere in the world tastes the same. But at times, the communication it wraps itself in is so distinctive and appealing that you feel as if you are experiencing something new.

Modi has done what challenger brands would do:

– Re-drawn the engagement between consumer and brand: Modi has done it admirably as a candidate, and now as Prime Minister is only extending his reach, and that too, directly rather than via media;

– He has established an overarching respect and fear for himself: something that challenger as well as lead brands do;

– He has taken calculated risks in order to expand his universe of believers;

– And today he exudes fear, admiration and respect.

But I guess the biggest service Narendra Modi has done himself is that he has brought back the confidence of more than a billion Indians. Before you ‘Make in India’ you need to ‘Believe in India’. In an ironic twist of fate and history, with respect to Dev Kant Barooah, Modi is India, and India is Modi. This will only increase his workload as he goes about expanding his influence and carving out a Narendra Modi legacy.