For He’s a Jolly Bad Fellow

How come some of the world’s brightest minds are such no-gooders otherwise? 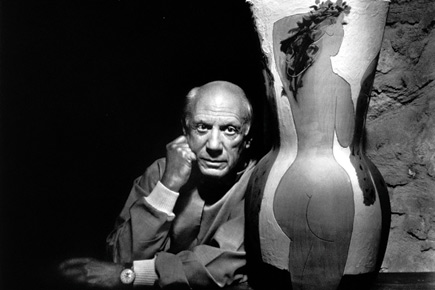 How come some of the world’s brightest minds are such no-gooders otherwise?


Are super-intelligent men bound to be ‘bad’ human beings, the quotation marks denoting that we are defining badness as per accepted societal rules? And was being ‘bad’ necessary for these men to achieve what they did? Would Picasso have been Picasso if he had been a faithful monogamous husband, rather than a promiscuous roustabout? Would Modigliani’s paintings have been better if he had not been a debauched drug addict who died early, leaving his nine-month-pregnant girlfriend to commit suicide along with their unborn child? Personal letters released about five years ago reveal that Einstein cheated constantly on his wives—he married twice. And Graham Greene kept detailed records of his brothel visits.

As that mysterious writer Robert M Pirsig’s Lila postulates, ‘What’s at issue here isn’t just a clash of society and biology but a clash between two entirely different codes of morals in which society is the middle term. You have a society-vs-biology code of morals and you have an intellect-vs-society code of morals.’ So the creative mind is not bound by rules of society that maintain peace and prevent chaos. But what happens when it hurts innocent people?

Consider Jean-Jacques Rousseau, the philosopher whose writings and thoughts had such a great influence on the French Revolution. In 1745, he made Therese Levasseur, a laundress, his mistress, who stayed with him 33 years until his death. He wrote that he ‘never felt the least glimmering of love for her… the sensual needs I satisfied with her were purely sexual’. Therese bore him five babies, each of whom was dropped off at an orphanage. Records of the orphanage show that two-thirds of the babies died in their first year. Only five grew to maturity, mostly becoming beggars and vagabonds. So much for the great social reformist thinker.

Or take the case of Karl Marx and the worker who did not get paid any wages. In spite of Marx’s greatest efforts, he could not locate a single worker in the British Isles who was truly a bonded labourer. But he need not have looked beyond his own household. Helen Demuth came into the Marx family at the age 22 and was there until her death in 1890. She cooked, scrubbed, looked after the children, and Marx never paid her a penny. Instead, he got her pregnant. The child was born on 23 June 1851, and christened Henry Frederick Demuth. Marx refused to assume any responsibility. Henry was brought up by a working-class family and was allowed to visit his mother in the Marx kitchen, coming in through the back door.

In spite of being the author of Anna Karenina, Leo Tolstoy’s diary entries reveal him to be a misogynist: ‘Regard the company of women as an unavoidable social evil and keep away from them as much as possible. Who indeed is the cause of sensuality, indulgence, frivolity, and all sorts of other vices in us, if not women?’ Yet, he was often maddened by lust—‘Must have a woman. Sensuality does not give me a moment’s peace’, ‘Terrible lust amounting to a physical illness’—and contracted venereal diseases. His wife had a miserable married life.

How should we judge these men? By separating the professional from the personal? Or by seeing the personal idiosyncrasies as critical to their intellectual achievements? Or do we simply call them hypocrites? I think the jury will always be out on this one.