Of Misses and Regrets • Not Really a Family Man 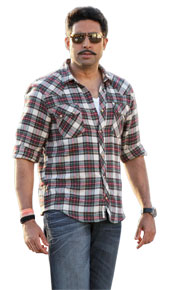 Of Misses and Regrets • Not Really a Family Man

Abhishek Bachchan has reportedly earned the title ‘Dr Bachchan’ from his Happy New Year cast mates for the never-ending supply of gyaan that he dispenses at any and every occasion. When his colleagues began noticing that the actor had an opinion on pretty much everything—not to mention how he could contribute to just about any conversation with a personal anecdote—they bestowed this honour upon the know-it-all.

During a press interview session recently, the film’s five male principals and director Farah Khan smirked among themselves when Abhishek delivered long all-too-serious responses to questions that were meant to be taken lightly. During one interview they joked that Boman Irani had managed to slip into a nap while AB Jr droned on for 15 minutes to a television reporter who was evidently tired of holding out the mike for him.

One eyewitness reveals that while the actors were hanging out together after lunch on the sets one afternoon, Farah accidentally eavesdropped on a conversation between Sonu Sood and Abhishek Bachchan that made her burst into peals of laughter. Apparently Abhishek was busy recommending protein supplements to Sonu Sood. The director declared: “Now I’ve seen everything,” before cracking up and heading to her own make-up van.

On another note, according to sources in the film trade, Abhishek was paid close to Rs 10 crore for Happy New Year, because the makers were desperate to have him on the project. Story goes, they badly needed a second lead for the film and were hoping to cast a prominent star in the part since they’d already filled out the other roles with Sonu Sood, Boman Irani and Vivaan Shah, who aren’t exactly above-the-marquee names. They famously approached John Abraham first, who declined. When they went to AB Jr, his Dhoom co-star John reportedly advised Abhishek to demand a sizeable salary because the part, after all, was merely “padding” in a Shah Rukh Khan vehicle.

Of Misses and Regrets

In a new update on the many misadventures of Saif Ali Khan, the Humshakals star called up a respected Bollywood trade analyst on the Monday after Finding Fanny’s weekend release to enquire about the “real collections” of the film, not the “inflated numbers that were being circulated by the studio”. When the analyst revealed that the collections were modest at best, and barely enough to cover the film’s not-so-reasonable budget, Saif pointedly scoffed, “What’s the point then?”, suggesting that he thought the film was a bad idea on his former producing partner Dinesh Vijan’s part.

More recently, Humshakals director Sajid Khan’s sister, filmmaker Farah Khan remarked in the press—without naming Saif—that it was “unethical” and “shameful” on the part of an actor to distance himself from a film after he’d “taken money for doing it”. Farah, of course, has had a similar experience of her own. Akshay Kumar famously disassociated himself from Joker a few years ago, the turkey that Farah produced with her husband Shirish Kunder, who directed the film.

Not Really a Family Man

Turns out there’s a lot brewing between an up-and-coming male actor (not Indian, but one who frequently works in Bollywood) and his pretty female manager (also not Indian). No big deal in the matter, you’d say. Except that the gentleman in question is married and a father too. The lady manages not only this chocolate-boy hero’s career, but also that of another out-of-towner actress who made her Bollywood debut recently in a dud film.

Apparently when he saw photos of his girlfriend partying with the new friends she’d made in Mumbai splashed across Twitter and Instagram recently, he called her up one evening while she was out living it up and chided her for not focusing on her work. She, in turn, deduced that he’d become insecure of the fact that she was mingling with people he might know closely.

The actor, who has made a few successful Hindi films, has earned himself a heartthrob image, yet always projects himself as a happily married and committed husband. Yet his close friends insist he’s got a roving eye and tends to travel without his family a lot—which suggests he’s got a wider range of interests than he lets on.