How the eroticification of popular media is changing urban desires 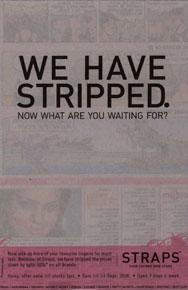 The Premise
Repressive sexual upbringing, a culture of sexual ignorance and layers of sexual prohibitions is more conducive to promote voyeurism, leading to usage of pornography merely or necessarily as an aid to self-stimulation, instead of conceptualising pornography as a testimony of sexual freedom and choice – signifying the cherished goal of gaining direct control of sexuality for pleasure.

This is not an attempt to defend pornography – an eroticised narrative focusing primarily on genitals or the sexual act alone, beginning with arousal and ending with orgasm, negating all other dimensions of our human relationship, comprising men who are always erect, and women who are always eager or forced to have sex. It is well known that one (wo)man’s titillation has been another (wo)man’s trouble. The manner in which pornography has been frequently used interchangeably with an excessive emphasis on ‘obscenity’ reflects the tendency of attaching the moral obligation in order to oppose the ‘obscene’. However, rendering anything ‘obscene’ is not a sufficient reason for prohibition unless one can successfully show the dangerous consequences that the ‘obscene’ might have for the society in general and the potential that it has to injure others (without ruling out the possibility of something that could be obscene with out being pornographic and vive-versa).

Pornography, since it advent has thrived on the distinction and demarcation between the ‘private’ and the ‘public’, with a constant promise to publicise the private moment, and while doing so it has followed a path of ensuring greater privacy during consumption. Historically, the origins of pornography has been marked with growing notions of the private space, which eventually pornography promises to violate by throwing glimpses of the private to the public, however demanding more and more solitude during consumption. 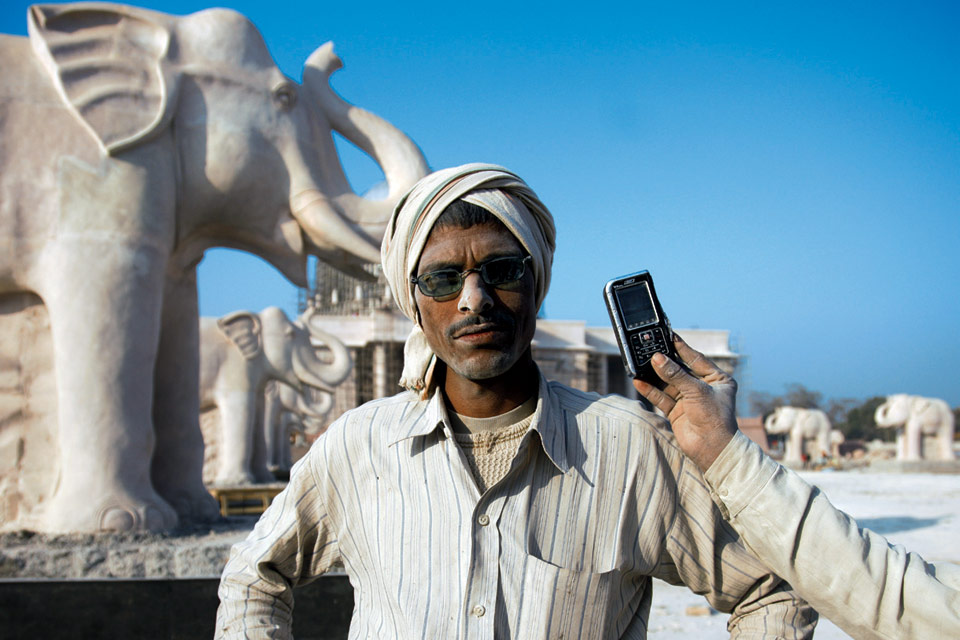 Means of mass printing and instant sharing, merely made the task easier for it to travel, evolve and sustain. The first major shift in the field of pornography occurred simultaneously with the advent of the printing press, which made the mass production of pornography possible, followed by the advent of the motion picture, and its successive improved portable versions (VCRs to DVDs) that enabled more and more private viewing. Thereafter, the changing realities of the ‘wireless-world’ in the last couple of decades pillared an abrupt proliferation announcing greater accessibility at a faster rate – initially paid, later free of cost. From the confines of the footpath and magazine stalls it got elevated to the virtual space no more confined by geography, accessible by anyone, anytime, anywhere – making consumption increasingly more and more private, before eventually landing up weightlessly on our touchscreens. Thus enabling individuals to evade the negative psychological consequences associated with the act of purchasing and consuming; relieving them from the anxiety of ‘what the kids might think’, or ‘how the neighbors might react’ if they discover an issue of Debonair. 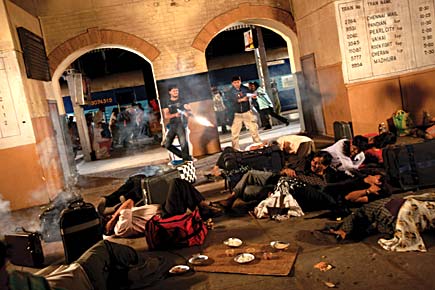 The definitional boundaries to explain the ‘explicit’ have sufficiently blurred in the last few decades due to expansion and intrusion of previously perceived ‘pornographic’ icons, idioms and forms of expressions in the ‘mainstream’ media. There has been a gradual acceptance of imageries and texts with explicit or implicit sexual content, whose production, circulation, consumption, storage and sharing is now lot more easier than ever before due to tectonic shifts in the digital realm that ensures faster, cheaper and varied access that are virtually impossible to regulate. Apart from creating controversies and instigating censorship debates constantly, such dissemination has already initiated a rapid blur, which supposedly separated the divergent streams of entertainment till a couple decades ago. It is a process that indicates the increasing refinement and enmeshing of certain selected conventions of pornographic representations into the mainstream modes of expressions. We have moved beyond the crass ‘Cholikepichekyahai’-syndrome to a phase where lingerie advertisements equates the notion of ‘discount’ (figure 1 & 2) and ‘launch’ (figure 3) and unique selling propositions (figure 4) with the absence of clothes or act of stripping, thus heavily borrowing metaphors and imageries that would not have passed the test of decency, a few decades ago. 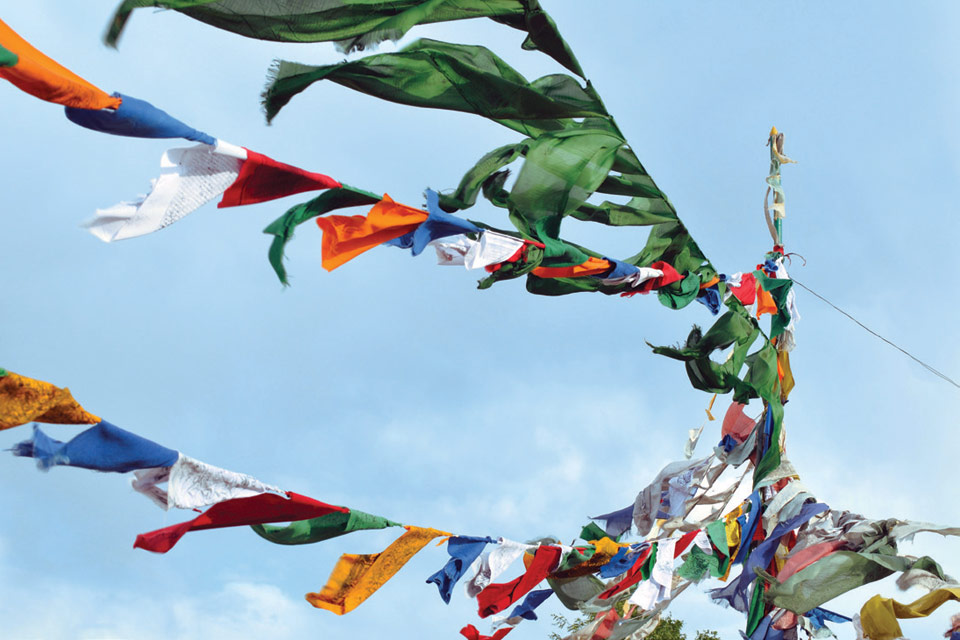 What we witness is a transcendence of text and images saturated with sexual content from typically hidden or hushed-up private corners of consumption to several public spheres of acceptance – out there in the open. Erotic content is increasingly served as a life-style choice along with many others, absolutely in sync with the trajectory of the body that shifted emphasis from procreation to pleasure – a subject matter of recreation, discussion, investigation and discovery. No longer is nudity employed solely as a shock device or attention­ creating ploy, rather it is increasingly being used in a more sophisticated manner and through imposition of an aesthetic gloss that converts the imagery to category of being ‘tasteful’. 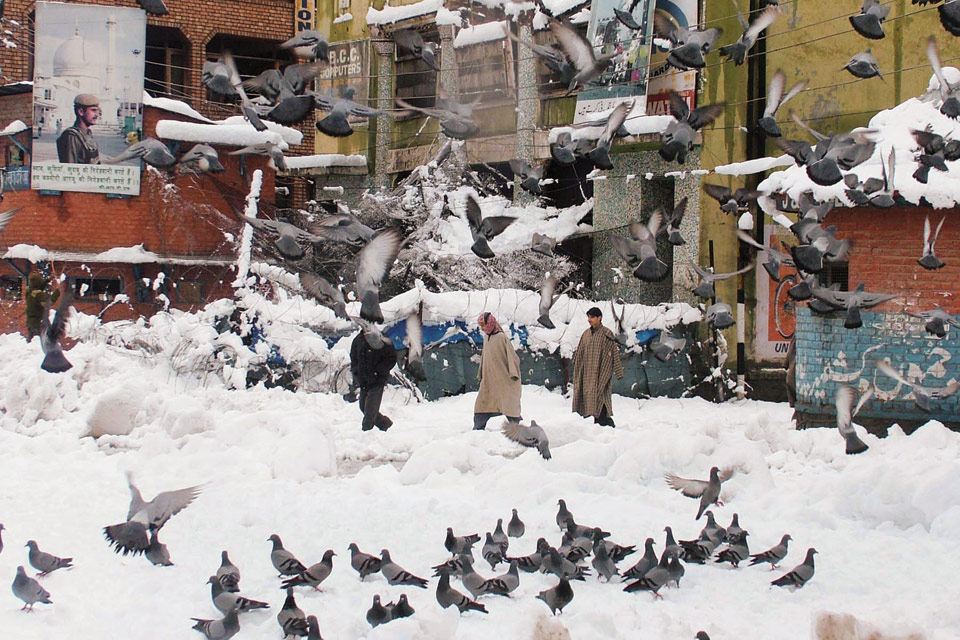 If in the late eighties in Justify My Love, an overtly eroticised Madonna,also revealing bisexual streaks with soft sadomasochistic overtones,made a statement – “poor is the man whose pleasures depend on the permission of another”, in the last one decade, celebrity lead mainstream media in India has taken several liberties that blurs the above dichotomousdistinction further, as the images below suggest (figure 5,6,7,8,9,10). These images are not necessarily explicit, but depict sexual ecstasy and expressions of arousal borrowing heavily from idioms that were earlier considered typically pornographic.

Mandira Bedi striped to wipe of our world cup tears in 2007 on the Maxim Cover (figure 5). Mallika Sherawat seduced us to flip through the remaining pages of her strip teaseact (figure 6). A character from a reality show unapologetically claimed to be personifying herself as the scandal figure (figure 7). A reader demanded hotness not pornography providing a list of celebrities he would like to see in Maxim in smallest of thongs (figure 8). Ten directors of a collection of short films produced by Ekta Kapoor were there where the Google locator suggestin the poster of an upcoming Bollywood release (figure 9). Shopping advice for Rolex watch meets Calvin Klein lingerie in BDSM style (figure 10). One can reserve the unprecedented popularity of Leone because of her prior occupation for separate piece. 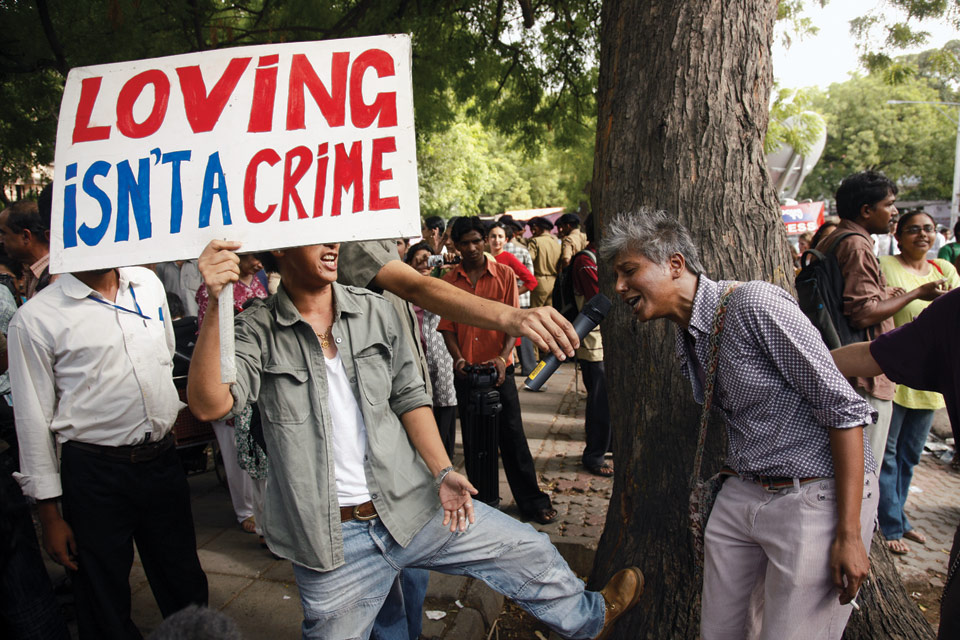 The sexualised-look has lost its negative connotations precisely because it is often celebrity-lead. It is not necessarily the vamp who dares to reveal, but also the confident well recognised body comfortable and proud of the act of displaying, who does so. Certain modes of pornographic expression has relocated itself from the hidden/tabooed sphere to the public sphere, where certain pornographic idioms are regularly packaged as acceptable commodities, leading to rapid sexualisation of mass-culture that is full of smutty one-liners: “I fell tied up” – Maxim Model; ‘After this shot we pulled the strings’ – editorial comment,or “I am like Dominos Pizza, if I don’t come in 30 minutes, the next one is free.” 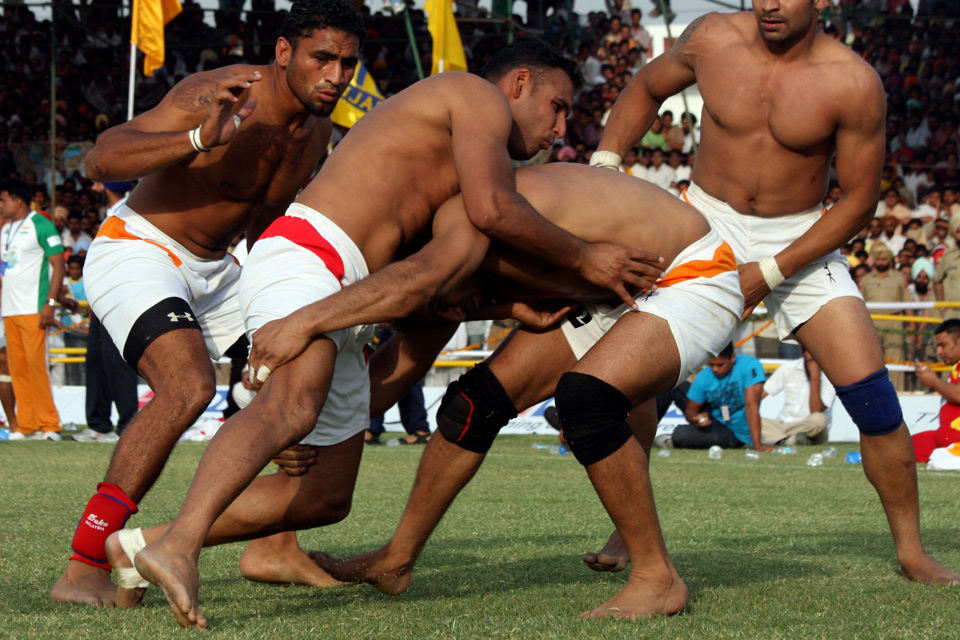 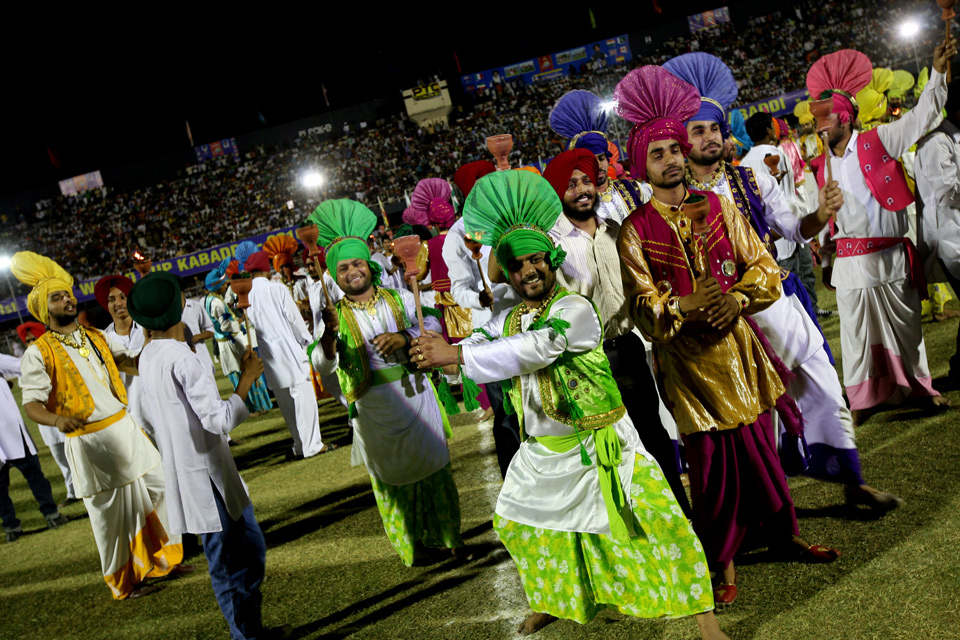 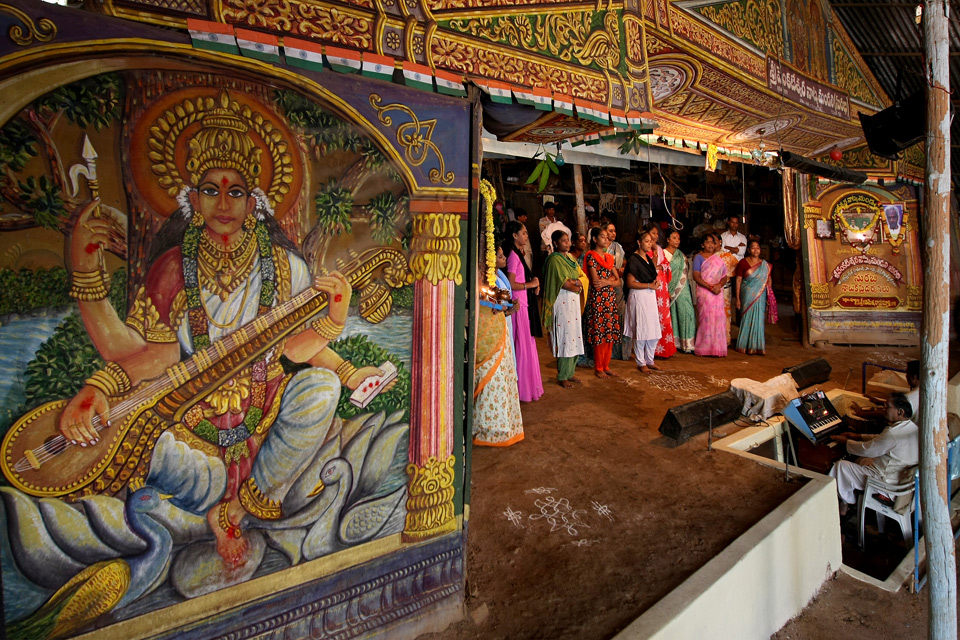 Eventually, the impact of this sexualised content negotiated through strategies of self-management leads to a drive that can best possibly be explained as democratisation of desire, which is beyond the realm of public-scrutiny by now.  Desire, in the urban context has attained the body of selfhood to an extent that repression, regulation, control or constrain is beyond the sphere of influence of the state as per the neo biopower equations. Recreational models of private indulgence are best left to isolable individuals with 4G onscenity at their disposal.