Beyond Money and Masala

Look Who’s off to Toronto • Just Not Discreet Enough 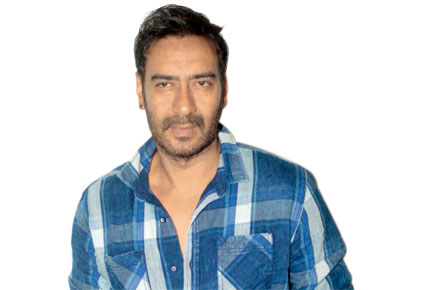 So it’s going to be Shah Rukh Khan—and not a 20-something- year-old up-and-comer—who will star opposite Alia Bhatt in English Vinglish director Gauri Shinde’s next. The almost-50-year-old superstar, currently filming a song with Kajol for Rohit Shetty’s Dilwale in Iceland, now adds Shinde to what is fast becoming an enviable line-up of directors he’s working with. Band Baaja Baaraat director Maneesh Sharma is helming Fan, and Parzania director Rahul Dholakia is directing SRK in Raees. There is some talk that Shah Rukh has also said ‘yes’ to starring in Tanu Weds Manu director Anand L Rai’s next movie. In a recent interview, the actor revealed that he’s been looking to make “small, good movies”, and the projects with Sharma, Dholakia and Shinde are part of that endeavour. He hastened to add, however, that this doesn’t mean he’s sworn off those big-budget masala entertainers that he’s usually known for. SRK said he will keep making films like Chennai Express, Happy New Year and Dilwale to keep his production outfit Red Chillies Entertainment busy.

His faithful collaborators Karan Johar and Farah Khan, meanwhile, are right now working on projects that don’t feature the star. Karan will begin shooting Ae Dil Hai Mushkil with Ranbir Kapoor and Anushka Sharma in September, and Farah is reportedly scripting both an “intimate love story” and a biopic of a prominent 70s showman.

Look Who’s off to Toronto

Ajay Devgn isn’t exactly the sort of actor you’d expect to bump into at the Toronto International Film Festival. But he’s going to be there in September to attend the world premiere of Parched, his first international production, which has been included in the festival’s official selection. The movie stars art-house favourites Tannishtha Chatterjee, Radhika Apte and Adil Hussain among others, and is directed by Shabd and Teen Patti helmer Leena Yadav. It’s been described as an empowering story of four women in a rural village who rebel against regressive traditions, and festival scouts confirm that early buzz for the film is strong.

Devgn reportedly came on board as producer to support Leena, who is the wife of the actor’s frequent collaborator, cinematographer Aseem Bajaj. Insiders say Devgn was happy to lend his name and provide his production infrastructure to the project, but didn’t have much more involvement than that. He’s reportedly been persuaded by Leena and Aseem to come to Toronto with the film to lend a dash of Bollywood glamour to the affair, and to show solidarity with the project and its team.

There’s a lot of gossip doing the rounds about this actress whose star is currently on the rise. Despite having delivered a credible performance in her debut film a few years ago, industrywaalas mostly dismissed her saying she was too ‘indie’ to make it in popular Bollywood films… or that she just didn’t ‘look’ like a star. But to give credit where it’s due, she’s risen fast because of her undeniable talent, and because she’s happy to play by the rules. She’s at all the major film parties, she walks every important red carpet, she’s approachable on social media, and she’s friends with those who matter.

It is, in fact, her ‘friendship’ with an influential film mogul that’s got tongues wagging these days. She’d acted in a movie a few years ago that happened to be bankrolled by the Hot Shot Producer, but their ‘rapport’ didn’t develop until more recently when she became a permanent fixture at every party and get-together that the famously sociable producer hosted. Photographs of them letting their hair down—with other friends, of course—are splashed all over Instagram, and recently the producer showed up on holiday where the actress was shooting an outdoor schedule of her latest film. Bollywood insiders have spotted a trend here, pointing to the fact that the producer cleverly avoids holidays for couples or romantic- getaways-for-two, choosing instead to cart along a whole bunch of friends— even while travelling with or visiting the latest girlfriend.

Meanwhile, these rumours have left some to ponder the status of the actress’ relationship with her married actor-producer boyfriend. The couple have kept their relationship on the down-low for the most part, but word has still managed to get out that the cucumber cool actor- filmmaker and the actress are more than just ‘good friends’.