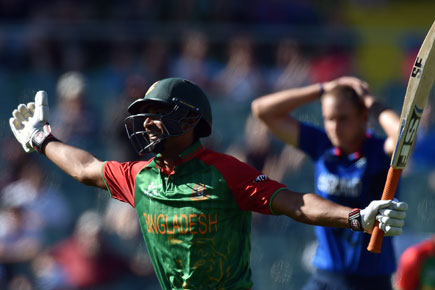 In the spring of 2002, hours before setting off on a Caribbean voyage for what would be his last five- Test series, Rahul Dravid answered a question on what would be his ideal cricket day. The reply came instantaneously: “Winning the World Cup. That’ll bring me the most joy.” Imagine, I asked him then, that you’ve been packed off back to the pavilion for a duck. Even then, would this be your perfect day? The reply was typical Dravid: “That’ll be brilliant! It’ll be much better than me scoring a hundred and the team losing. Absolutely no regrets.” That summer, you may recall, India won a Test match at Leeds. It’s my favourite cricket moment, a match in the course of which the golden generation of Indian cricket came together so perfectly. India had lost Virender Sehwag early, so Dravid practically played an opener’s knock, taking bruising deliveries on his body before going on to hit fluid shots for a Man- of-the-Match 148. Sanjay Bangar, the other opener who never went on to get the career chances he deserved, soldiered his way to 68. Sachin Tendulkar got a big hundred, 193. And Saurav Ganguly gave evidence for why in the new look, mean Indian team, he went by the nickname Dada, blinking away the fading light to up the run-rate by hitting some big shots in his innings of 128, allowing India to confidently declare at 628 for 8. They did not need to bat again, the Anil Kumble-Harbhajan Singh one-two cleaning up England with spin on a pitch reputed to be pacy.

Tendulkar recently had the hindsight of knowing the run of landmark Test matches that would follow overseas— in Perth, Kingston, Multan, among others—when he said his perfect cricket moment was clinching the World Cup on home soil in 2011. So Dravid’s reply would probably be the same today.

I bring up these old memories in the context of what to my mind stands out as a crucial moment in the second half of the group stage of World Cup 2015: England’s defeat by Bangladesh in Adelaide on 9 March. England are easily the least loved team in cricket, Mike Marqusee’s book title Anyone But England pretty much summarising popular sentiment. But you have to wonder what it is about the World Cup that puts additional odds against them playing simply to form—for England, no matter how severe their sportswriters are on the team, have played quite well over the past decade. Could England, do you think, make the case that the World Cup is not their most treasured stage, that it may in fact be, say, the Ashes or a tour of India? Don’t forget that England had bundled India out 4-0 in a home Test series in 2011, following it up by winning the four-Test series in India the next year 2-1. In 2014, in India’s first five-Test series since that West Indies tour of 2002, England had India on the mat, 3-1.

At the moment, having lost four matches out of five already in the opening stage this year, England will likely not have the morale to shrug off this disaster and point to the mystery of their World Cup jinx, but those of us who love cricket could.

Bangladesh, meanwhile, have made their presence felt at World Cups, their 1999 defeat of Pakistan setting up the reward of Test status. In 2007, they famously packed off India very early. In 2011, they felled England in their encounter at Chittagong. Bangladesh may have Test status, but it is at International Cricket Council tournaments that they tend to remind the world of their potential.

Or, put another way, the smaller teams have to play out of their skins at the World Cup, beating the obvious odds to defeat a big team, to register their presence. Ireland, having crushed West Indies, eventually lost to India on 10 March, but their 259 was the highest any team had managed against India till then in this World Cup. For these teams, the highest honour will obviously be a win at the World Cup, in the glare of global attention and amid chatter about impeding a big team’s chances.

India are evidently in fine form, and the bowlers’ record of bundling out the opposition is cause for uncommon joy. But I wonder, having held the World Cup trophy four years ago, what would these young men in Dhoni’s squad count as their perfect cricketing day? In what context of bilateral tours and choice opposition, would they place their so-far brilliant cricket?