All for Love’s Sake

All for Love’s Sake • Brain Versus Brawn • The Spendthrift Director 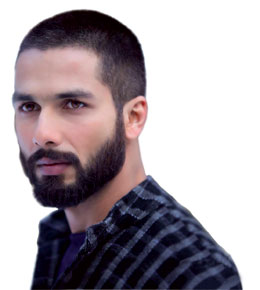 All for Love’s Sake • Brain Versus Brawn • The Spendthrift Director

If Deepika Padukone showed up in Barcelona to hang out with her ‘good friend’ Ranveer Singh while he was filming Zoya Akhtar’s Dil Dhadakne Do with ex Anushka Sharma and others, then Ranveer returned the gesture by landing up in the Mediterranean island of Corsica recently where Deepika is shooting Imtiaz Ali’s Tamaasha with her ex, Ranbir Kapoor.

DP and Ranveer were spotted and even photographed by tourists taking in the sights and sounds of the beautiful island on her day off the sets, but the couple still won’t come out and say they’re a couple.

Meanwhile, Katrina Kaif who’s currently shooting not too far, in London, for Kabir Khan’s Phantom with Saif Ali Khan, is expected to spend her own weekends away from set visiting Ranbir in France. It’s also now no secret that Anushka visited her ‘good friend’ Virat Kohli in England while she had a few days off from Akhtar’s set. The pair was photographed at a local Boots outlet in Nottingham, and didn’t seem to care that virtually the entire Indian population in the area had come out to catch a glimpse of them together.

Shahid Kapoor and the makers of his latest film Haider are gambling on the confidence that enough audiences will choose their film over Hrithik Roshan’s action extravaganza Bang Bang! when both films open the same holiday weekend on 2 October. It’s a big bold move, industry insiders are saying, given that Fox Star India, the studio behind the Hrithik-Katrina starrer, has invested roughly Rs 150 crore in that film and will likely pull out all stops to make sure it’s the Number One choice on opening weekend.

But UTV, the producer of Haider, reportedly intends to position its film as the ‘more cerebral choice’ against the masses-targeted behemoth that Bang Bang! is. While there is no questioning the pedigree of Haider—Vishal Bhardwaj is the film’s director, and it’s an adaptation of Shakespeare’s Hamlet—it’s also no secret that Shahid Kapoor just doesn’t have the box-office clout of Hrithik.

What’s particularly ironic in this case is that Shahid himself was the original choice for Bang Bang!, but the Anjaana Anjaani director Siddharth Anand quickly approached the Krrish star after discussions with Shahid went sour when he allegedly demanded script changes and wanted a say in casting decisions.

A respected filmmaker, currently in pre-production on his next film, has reportedly rubbed multiple studio heads the wrong way with his “arrogant, stubborn attitude”. The producer- director recently took meetings with several honchos about bankrolling his latest project, but came off difficult and inflexible on his demands.

The filmmaker allegedly quoted a budget of Rs 60 crore for the film, and flatly refused to negotiate the number. To be fair, that’s not an astronomical budget these days, but the reason studio bigwigs balked at the price-tag is that the film doesn’t have any bankable star to justify the cost. This is the first time the filmmaker will work with newcomers. And any studio, if it were to get involved, would naturally be required to spend at least another Rs 10 crore on marketing the film, an especially difficult and crucial responsibility when it comes to non-marquee stars. Typical meetings with studio representatives start with the filmmaker stating that he requires Rs 60 crore for the film, and adding that while he’s willing to consider their opinion on everything from locations and music to the supporting cast, the budget is strictly non-negotiable. No wonder he’s been unable to land a deal at any of the major studios and has signed up with a new production outfit floated by a leading industrialist.

The studios were apparently wary of doing business with the filmmaker despite his last film being a bumper hit because they’re aware, of course, that in spite of crossing Rs 100 crore in net collections, the only person who made money on that film was him. It is no secret that the studio that bankrolled the picture made virtually no profit on the project because it was left to pick up the tab after the film went way over-budget, with the producer- director refusing to keep down expenses.