Meera’s story challenges the hypocrisies of the liberal-minded swish set in exactly the same way as Rakhi Sawant’s does. 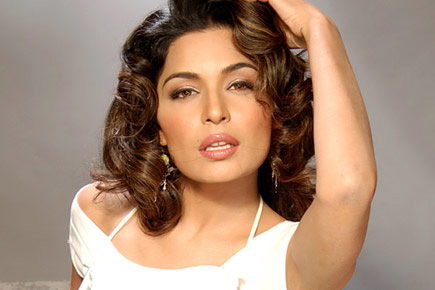 Meera’s story challenges the hypocrisies of the liberal-minded swish set in exactly the same way as Rakhi Sawant’s does.


Meera’s story challenges the hypocrisies of the liberal-minded swish set in exactly the same way as Rakhi Sawant’s does.

News on the drawing room circuit this week revolves around the private life of a local media personality: the statuesque, achingly beautiful actress Meera, who, like Cher, goes by just the one name. Meera is a Lollywood film star, in so much as one can be a Lollywood film star. The Lahore-based Pakistan film industry hasn’t enjoyed anything resembling brisk trade since the ’80s and hasn’t seen quality cinema since the ’70s. Currently, a percentage of their talent is culled from sex workers. In an odd reversal, if you’re going to find successful actors and thoughtful directors, it’s most likely to be on television. Meera’s tried her luck that side of the border (where film sets are paved with milk and honey) but so far it’s come to naught. Well, almost naught. She was picked up by Mahesh Bhatt (for a movie, I hasten to add) in 2005. Her controversial kiss with co-star Ashmit Patel in Soni Razdan’s steamy Nazar made it to the international press due to the now customary death threats from lunatic extremists. While it remains unconfirmed, there are suspicions that some of the threats may have come from film-goers irked at having spent good money on a clumsy remake of The Eyes of Laura Mars.

It doesn’t really matter that the film was a turkey; Meera is not known for her acting and draws a sizeable income from advertising campaigns and personal appearances. She is known by the in-crowd primarily for her novel use of the English language. ‘Meera-isms’ regularly circulate at parties, a running joke being the time when she was asked what her favourite feature was and replied, ‘my ass’, obviously meaning her eyes, Meera announcing she has a headache in her stomach, and so forth. That she largely works in Pakistan and is fluent in both Punjabi and Urdu makes no difference. And if it isn’t bad enough being tittered at by pretentious socialites (many of whom think ‘rocking’ is an adjective), for not having had the opportunity to attend a Grammar School, there’s the most recent scandal that shows up an even uglier quality in society at large.

The rumour, which in itself isn’t terribly interesting, involves a Dubai-based businessman claiming to be Meera’s husband, complete with photographs of what appears to be their nikkah, attempting to take possession of the house she lives in, which he alleges belongs to him. According to Meera, he has threatened her with physical harm. She has responded by swearing up and down that she has never been married and will tell anyone who’ll listen that an opportunistic plot has been cooked up to use her fame to seize her assets.

I don’t particularly care if it’s true or not; like I said, not very interesting. I am however taken aback by the utterly disgraceful treatment meted out to her by the media. She’s presented as comic relief, shown as an exhibit at a zoo, worse yet, a contestant on a reality show. She’s patronised by smirking, smug little news anchors, who appear to forget that they’re not in fact opinion-makers, closer to human teleprompters. She constantly confronts hostile questions, has been filmed secretly having an off-the-record conversation and the footage of her crying at a press conference has been set to a jaunty little tune on YouTube. A particularly nasty blog included the comment, ‘I feel so bad for that man. All these bazaari women marry men for their money.’ Ah yes, as opposed to all those eminently respectable girls from ‘good families’, well, obviously money has never crossed their noble minds, which is why we see so many of them eloping with the milkman for love.

All the liberals (and we have many who wouldn’t be considered broad-minded if there weren’t the Taliban as a point of comparison), fully cognizant of the fact that women are particularly at risk in Pakistan, are too busy sniggering up their sleeves to care. There’s a self-satisfied air in the re-telling of Meera’s misfortune, a sense of justice that an upstart of dodgy origins, who flaunts her new money and her outrageously large Versace glasses, should be brought down a peg. The unsubstantiated suggestion lingers that some of her newly acquired wealth may have come from the world’s oldest profession. Here’s the deal: you create a society where women are neither permitted nor equipped to make a substantial living, a society where, out of sheer politeness, you’re supposed to be born and die on the same social echelon. Then you hate people for finding ways around this.

You’d think a country aged 62, itself a parvenu in the global arena, would be more forgiving, perhaps even encouraging of social mobility. Apparently not.