The ‘Ignorance’ of India

Surveys become talking points and trending topics on social media. Perhaps that is their only purpose, for it is hard to imagine what such findings are useful for 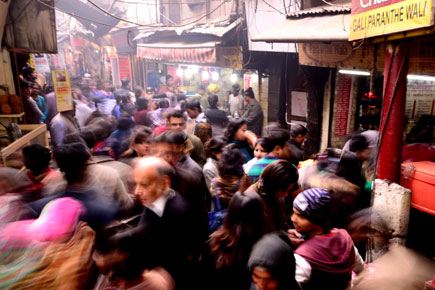 Are we a population of ignoramuses who don’t seem perturbed by our ignorance? According to a survey conducted by London-based market research firm Ipsos MORI, which polled 25,000 people from 33 countries, Indians by and large underestimate several major figures, making us the ‘second most ignorant country’ in the world after Mexico. South Korea turned out to be the most accurately informed about itself, followed by Ireland.

Most Indians underestimate the concentration of wealth among the richest few: the top 1 per cent own 70 per cent of wealth. On matter s of religion, one would imagine Indians are better informed, or at least have a fair idea of how things are. On the contrary, most Indians overestimate the proportion of non- religious people in the country. Those polled put it at about 33 per cent, while India’s official figure is under 1 per cent. Another big gap is on the rural population and internet access. Indians grossly under-cite both these. A not-so-surprising overestimation Indians make is of the representation of women in workplaces and in politics.

Maybe one ought to take the ‘Perils of Perception’ survey, as it’s titled, with a pinch of salt. The questions asked revolve around data—much of it seen as dodgy anyway—and not general knowledge. We don’t know who exactly the respondents were. Their sample size was probably too small for a country of around 1.5 billion.

Such surveys usually become talking points and trending topics on social media. Perhaps that is their only purpose, for it is hard to imagine what such findings are useful for. Maybe it will encourage us to sit back and tell ourselves that ‘ignorance is bliss’.