When Naveen Patnaik called Modi at midnight and sought his help 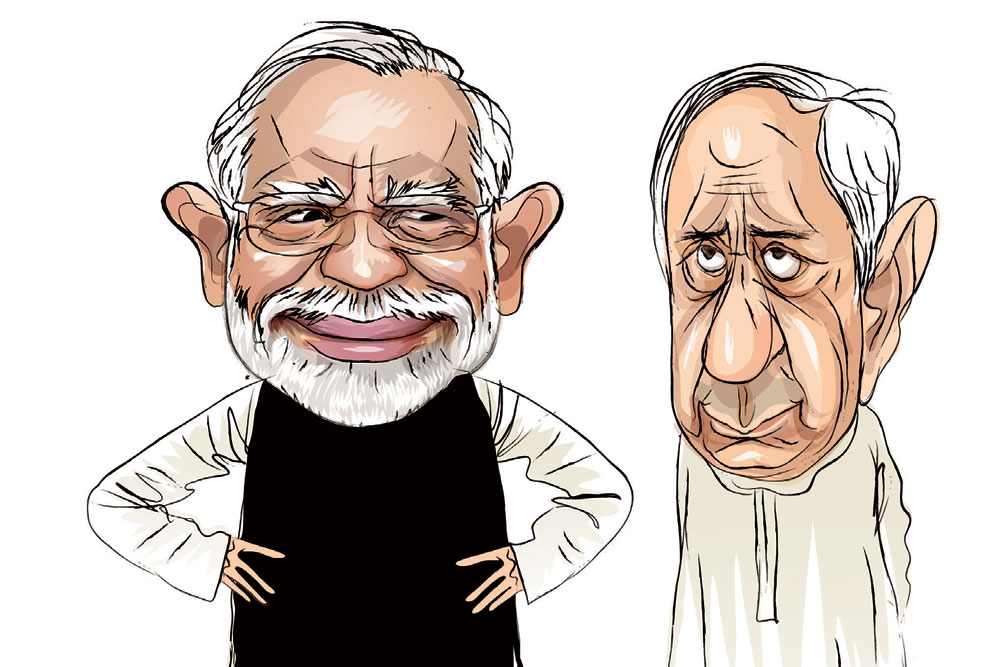 
Prime Minister Narendra Modi and Odisha Chief Minister Naveen Patnaik seem to be getting close. Recently, when there was a crisis in the supply of medical kits for Covid-19 tests in some areas of Odisha, Patnaik called Modi at midnight and sought help. It was immediately organised through the health ministry and the very next day, the supply was made. In the last election, the Bharatiya Janata Party (BJP) was Patnaik’s main political opponent. He had aggressively campaigned against the party, but after the election he changed his strategy to cooperate with the Centre. Even when the Jagannath Rath Yatra case was in the Supreme Court recently, he sought Delhi’s help. A solution was sought together and Odisha got a favourable judgment. Union Petroleum Minister Dharmendra Pradhan had been the BJP’s face for chief ministership but he has also now developed a good working relationship with Patnaik. There are no elections in four years in Odisha and with the Muslim population being negligible in the state, Delhi reportedly thinks the Biju Janata Dal could join the BJP-led National Democratic Alliance in future. Confrontations are thus avoided. Patnaik is a reclusive politician with only a few personal friends and Modi could now be among them.

To Meet or Not to Meet?

Recently, Parliament’s Public Accounts Committee, under the chairmanship of Congress leader Adhir Ranjan Chowdhury, held a meeting that was long overdue because of the lockdown. But afterwards, a few cases of Covid-19 were reported among the parliamentary staff. It has made the Speaker apprehensive. New Rajya Sabha members also took oath in Parliament recently. There is now a discussion on whether the Monsoon Session should take place, even with fewer people and social isolation. The constitutional six-month deadline to hold a succeeding session is fast approaching.

After Madhya Pradesh and Rajasthan, can toppling West Bengal be next on the BJP’s agenda? In a virtual rally this week, Chief Minister Mamata Banerjee alleged that the BJP is spending money to split her party. Rumours put the number of Trinamool Congress MLAs the BJP is in touch with as high as 50. Recently, the state’s governor also met Union Home Minister Amit Shah, adding fuel to the gossip. The governor is supposed to have made a report stating that the law and order situation has deteriorated in Bengal.

Man of the Moment

Gajendra Singh Shekhawat, Union Minister of State and also Member of Parliament from Jodhpur, who recently got tangled in the matter of Sachin Pilot versus Chief Minister Ashok Gehlot, may be the next BJP chief ministerial candidate in Rajasthan, should the party manage the numbers. He is the Jal Shakti Minister, a favourite of Modi, who gives him a number of other political assignments too. Even on Pakistan Day, the Government sent him to the Pakistan High Commission as its representative. But another faction of the BJP in Rajasthan denies that Shekhawat is a choice of Modi and Shah for chief ministership. And that it is Shekhawat himself who is keen on the chair. A whisper campaign against him has started in the party. An audiotape of him talking to several Congress MLAs also went viral. The Congress is demanding his resignation and also raising corruption charges against him. Meanwhile, everybody in the media wants to interview Shekhawat and he is said to be enjoying his sudden importance in Delhi.

The latest headache for External Affairs Minister S Jaishankar is Iran getting close to China and even Pakistan. On its Chabahar port and rail project, where India was supposed to participate, it is now China that is going to be Tehran’s partner. MEA officials are saying India was never a participant, so the question of rejection does not arise. Jaishankar is, however, trying to mend the relationship with Iran because India does not want to lose an old friendship.

With Sachin Pilot’s rebellion in the Congress not succeeding, people are asking what he will do now. Will he join the BJP or return to the Congress? In the midst of such rumours, the Aam Aadmi Party (AAP) surprised everyone by inviting Pilot to join the party. At a press conference in Rajasthan, its leader Raghav Chadha made the public appeal. AAP chief Arvind Kejriwal had earlier tried and failed to expand in Rajasthan and this could be his route to it. Pilot has, however, remained silent on the appeal.

On August 5th, Modi is going to inaugurate the Ram temple construction in Ayodhya. Who else will be present? Union Ministers Rajnath Singh and Amit Shah will be there. Also, Uttar Pradesh Chief Minister Yogi Adityanath. Interestingly, Maharashtra Chief Minister Uddhav Thackeray, who is no longer a BJP ally, may also turn up. The Bihar election is approaching and so Chief Minister Nitish Kumar could be invited. What is not clear is whether BJP leaders like LK Advani, Murli Manohar Joshi, Kalyan Singh, Vinay Katiyar and Uma Bharti, who were all faces of the Ram Mandir movement, will be present.

The late Arun Jaitley’s wife, Sangeeta Jaitley, has set an example by foregoing the parliamentary pension of her late husband for a good cause. She has written a letter to Rajya Sabha Chairman M Venkaiah Naidu, stating that she wants to start a scheme named after Jaitley to provide financial assistance for Group C employees. In her letter, she said that Jaitley’s soul would be happy if she could help needy people.