Possibility of a Return

Sonia Gandhi is still said to be personally warm towards Sachin Pilot and should he wish to return, she could facilitate it 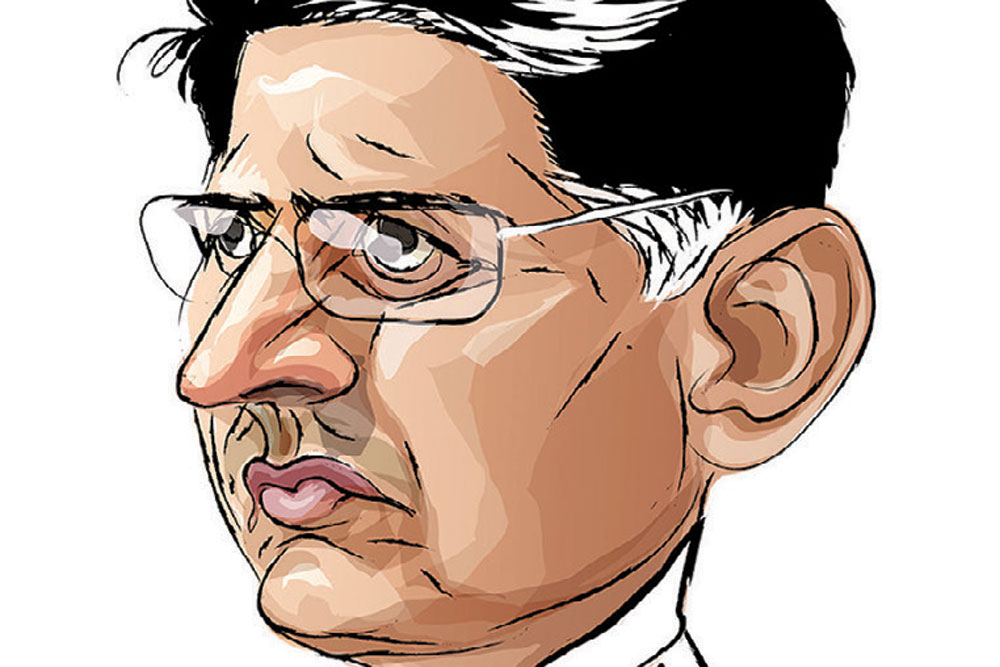 
Many in the Congress think that Sachin Pilot may return to the party. The source of the rumour is said to be a phone call from Sonia Gandhi to Pilot who had enquired about her health after hearing about her hospitalisation. He was assured that it was a just a routine check-up. Pilot also called Rajasthan Congress leader CP Joshi on his birthday. Another development that fuels this rumour is the BJP supposedly telling the speaker of the Assembly informally that it will not bring a no-confidence motion against the Ashok Gehlot government, which had been destabilised by Pilot’s rebellion.

Sonia is still said to be personally warm towards Pilot and should he wish to return, she could facilitate it.

Former Gujarat Chief Minister and Congress leader Shankersinh Vaghela, once upon a time a political guru of Narendra Modi when they were both in the Bharatiya Jana Sangh, has tested positive for Covid-19. He had been hospitalised and Modi called him there to enquire about his health. Vaghela has since returned home. He is working out in his gymnasium daily and has lost weight. Even at 80, Vaghela seems fit and fine.

Rashtriya Swayamsevak Sangh (RSS) chief Mohan Bhagwat recently said at a conference in Madhya Pradesh that the Sangh is not excited about breaking up the Congress or other parties. He said that probably several dissident leaders are interested in joining the BJP because it is in power. Bhagwat advised the party to go slow on this. In Madhya Pradesh, the BJP succeeded. But it failed in Rajasthan to break the ruling Congress. After Bhagwat’s advice, the question is whether the party will try it again in West Bengal, Bihar and Assam.

Congress general secretary and Rahul Gandhi loyalist KC Venugopal, who was recently made a Rajya Sabha MP from Rajasthan, has become a target for some in his party. The complaint is why he had been away when Sachin Pilot tried to break the party in the state. Even as the media was writing about what was going to happen, why didn’t he try to contact Pilot and sort the problems out? If other leaders like Ajay Maken and Randeep Singh Surjewala were firefighting, why not Venugopal? Even when the Congress faced a crisis in Karnataka, a state he was in charge of at the time, Venugopal was in Kerala. He had told the high command then that nobody in the state was keen to see him get involved.

Will Rahul Gandhi start a nationwide tour in January if the pandemic gets over by then? Recently, senior Congress leader Digvijaya Singh met him and proposed such a tour from Kashmir to Kanyakumari. Singh’s argument is that in a vast country like India, despite all its digital advances, physical meetings remain more useful. And that this has been the norm from the days of the freedom struggle with leaders like Mahatma Gandhi. Rahul’s father, Rajiv Gandhi, did it and Digvijaya Singh himself did the same for the Madhya Pradesh elections that the party won. Singh wants Rahul to start in January on Swami Vivekananda’s birth anniversary—and retake the party presidentship after completing the yatra.

A Central Bureau of Investigation (CBI) joint director’s transfer from Kolkata has raised a lot of eyebrows. Pankaj Srivastava has been made CBI additional secretary in Delhi and it was being touted as a routine transfer. But what makes it curious is that he was the key person in the investigations against Trinamool Congress leaders in the chit fund scam. His transfer a year before the Assembly election might be beneficial for the Trinamool. On the other hand, he still retains the additional charge of Kolkata zone. There has been no new officer appointed in his place yet. The state BJP says there is no question of any dilution in the investigation and that Srivastava had been keen to move to Delhi for career reasons, given that high-level CBI posts are to be found there. But some say a new officer is coming soon and it is not possible for him to go to Kolkata frequently for investigation in pandemic times. 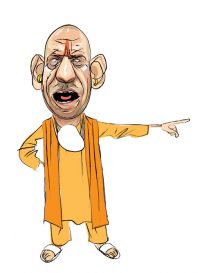 While the Ram temple bhoomipuja ceremony went off flawlessly, the days leading up to it had been a time of stress for Uttar Pradesh Chief Minister Yogi Adityanath. The reason was that a priest of the core group that would conduct the rites became infected with Covid-19. Adityanath immediately took action and sent him for treatment. He then changed the team after talking to the senior sadhus of the temple.

There had earlier been a lot of trolling about how Covid-19 had affected mostly non-BJP leaders. In Maharashtra, for example, it was said that Shiv Sena leaders were infected, not the BJP. Now that Home Minister Amit Shah has been found positive and several BJP leaders are in home quarantine, that campaign has stopped.