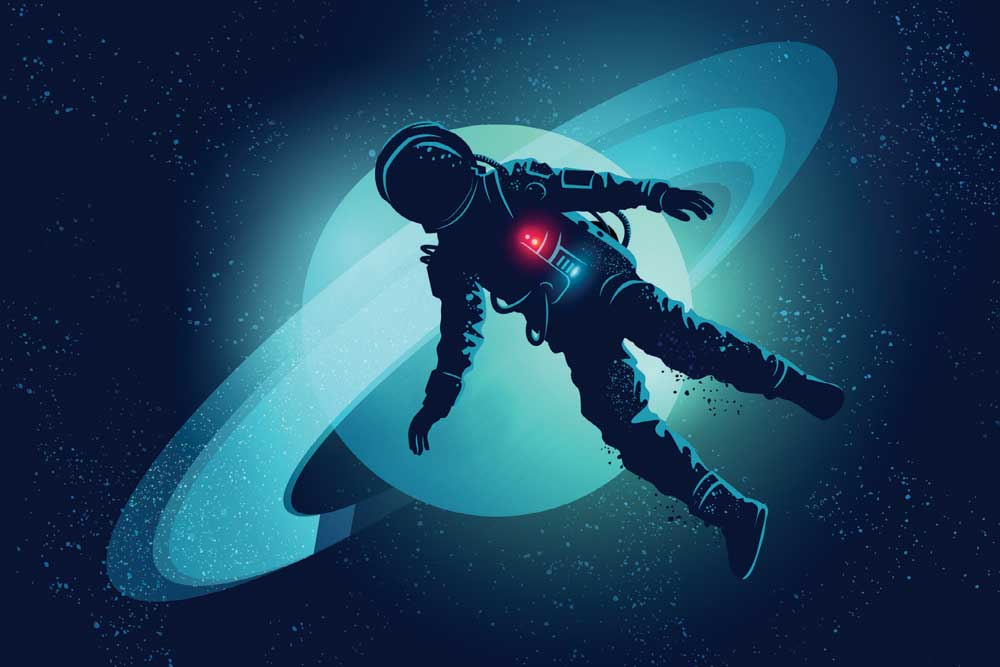 THE LAST MAN to step on the moon was in 1972. The astronaut’s name was Gene Cernan and as he returned to the Apollo 17 spacecraft, he spoke these words, the last on the lunar surface: “….as I take man’s last step from the surface, back home for some time to come—but we believe not too long into the future—I’d like to just [say] what I believe history will record. That America’s challenge of today has forged man’s destiny of tomorrow. And, as we leave the Moon at Taurus-Littrow, we leave as we came and, God willing, as we shall return, with peace and hope for all mankind…”

He knew that manned moon missions would be on hold for some time, Apollo 17 itself having been sanctioned with reluctance. This was because of cost. But it was an activity that could be sold to the American public because there was a space race against the Soviet Union. When the novelty wore off, cost cutting began to creep in, until the plug was pulled. It has been 45 years since the last landing, but on December 11th, US President Donald Trump directed NASA to again send manned missions to the moon for “long-term exploration and use”. The moon would be a first stop to an even more ambitious objective: Mars. As Trump is quoted as saying in the NASA press release, ‘This time, we will not only plant our flag and leave our footprints—we will establish a foundation for an eventual mission to Mars, and perhaps someday, to many worlds beyond.’

Trump is an embattled president at the moment and this is possibly an attempt to foment a legacy. But his critics have also asked how he plans to do this. The costs involved are huge and sometimes there is an inverse correlation between the two destinations—a Moon visits means less funds for Mars and vice versa. The ‘how’ remains unanswered, but the ‘why’ has a simple enough explanation—China.

As the newest superpower, China has a massive space programme in the works. In 2003, it put a man from their country in space in their own vessel, something only the US and Russia had achieved till then. In June, Xinhua, its official news agency, quoted Yang Liwei, deputy director general of China Manned Space Agency, as saying that preliminary preparations were being made for a manned moon mission. Trump’s promise to his voters is the return of America to greatness again and this queers the pitch somewhat.

What makes the space race different this time is that it is not going to be about just two superpowers. A number of private organisations also have their sights on Mars. There is the maverick and visionary entrepreneur Elon Musk, who has said that his company SpaceX would not just be sending humans to Mars but would seek to colonise it. He commented on the Trump directive with a Tweet, ‘It is high time that humanity went beyond Earth. Should have a moon base by now and sent astronauts to Mars. The future needs to inspire.’

SpaceX is already in advanced stages of making spaceships that can make the journey to Mars with humans inside them as early as 2024, seven years away. The company’s website says, ‘On September 29th, 2017, SpaceX CEO and Lead Designer Elon Musk presented an updated vehicle design for what’s currently being referred to as BFR. A key challenge with the original vehicle design was figuring out how to pay for it. The updated design solves this problem by leveraging a slightly smaller vehicle that can service all greater Earth orbit needs as well as the Moon and Mars.’

There is also, among others, Mars One, a non-governmental organisation, which is aspiring to take people to Mars in progressive batches on one-way tickets in the hope that they would be able to settle there. The NGO plans to fund the project with revenues from a reality show made on the process of selecting its space travellers. A few years ago, the organisation sought applications from all over the world and a number of Indians had applied. Mars One has a timeline of its first departure by 2031 and arrival in Mars by 2032.

One of the organisations that seeks to become part of the new space age is our own ISRO, which has a reputation for manufacturing space vessels at a fraction of the price of others. It has reached both the Moon and Mars, but making a spacecraft that can undertake manned missions is a different ballgame. ISRO has successfully tested rockets that can be used for carrying humans into space. It has an Indian Human Spaceflight Programme whose agenda is to place a manned vessel in Low Earth Orbit. UR Rao, a former chairman of ISRO, said in an interview to the webzine Factor Daily that Mars would need the development of even more powerful rockets, but it was essential that the space agency starts working in that direction because “whoever controls valuable resources found in space will control the world”. At present, it seems as if the Chinese are a long way ahead of us.