Music for the Mind

Our favourite songs can reveal the way our brains work 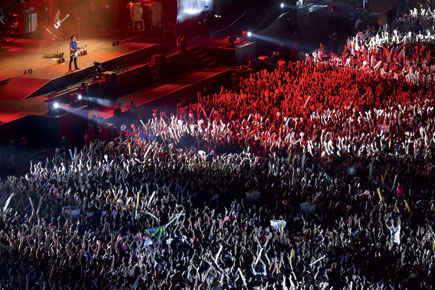 Why are there such varied tastes in music? Why is it that a song we love might be hated by others, while those that we dislike others find enjoyable? An older study, conducted in 2008, had found that music preferences are somewhat linked to individual personalities. They had found that classical music fans were usually shy, while those who preferred heavy metal were gentle and at ease with themselves. According to a new study, it could be all in the brain and how we process information.

The study, conducted by researchers from the University of Cambridge and published in PLOS One, found that our taste in music is associated with the way we think. Individuals who are empathetic prefer mellow and low-energy music, including R&B/soul, adult contemporary and soft rock, while those who are ‘systemisers’—people who seek to analyse patterns in the world—enjoy punk, heavy metal and more complex music overall.

For the study, around 4,000 individuals participated in a series of tests. They were made to complete questionnaires, which were designed to assess whether the participants were ‘empathisers’ or ‘systemisers’. The questions ranged from whether the participant was capable of sensing how others were feeling to whether they were interested in the construction and design of car engines. They were then made to listen to music of various genres and styles and rate them. In all, each individual listened to some 50 pieces of music spanning 26 different styles.

The researchers found that participants who fit the criteria of ‘systemisers’ tended to be drawn to music by heavy metal bands and more complex, avant-garde jazz. Those who were found to highly empathetic tended to like music that fell into R&B, soft rock and folk genres. According to the researchers, they found that even within a given genre, there were differences in the intensity and style of music favoured by each group.

The researchers claim that the findings of their study can be applied to music therapies, clinical interventions, and even computer-based interactive programs designed to teach emotions and mental states via music to individuals on the autistic spectrum.