Ideology is never innocent. Flirting with it is to release forces that may get out of control 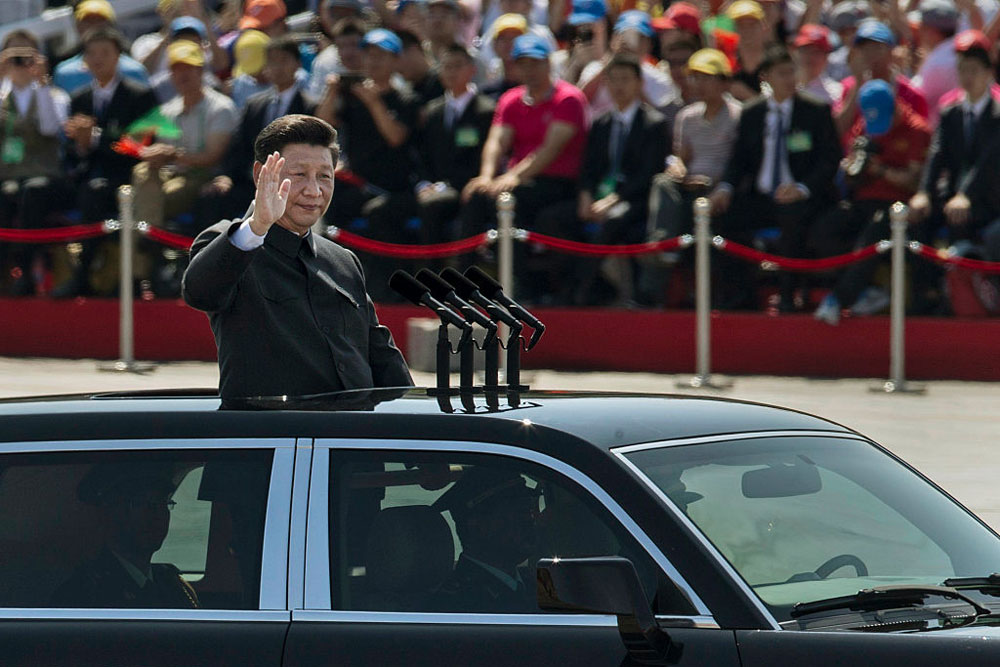 Under the forceful leadership of Xi Jinping, a new China is emerging: more assertive and aggressive. Tensions are building again. The neighbouring countries are the most exposed, as is seen in China’s expansion and base building in the South China Sea.

The two decades between Deng Xiaoping and Xi Jinping were the golden years for the People’s Republic. The economic grew ferociously. The country was at peace. There was hope of liberalisation. “The more we bring China into the world,” said then US President Bill Clinton, “the more the world will bring freedom to China.”

It was also a period of grey, technocratic, collective leadership. That served China well.

Now all is different. Economic growth has slowed to a trickle. China has turned to aggression in its neighbourhood. Rather than political liberalisation, there are ever tighter controls. Instead of collective leadership, there is one-person rule in the hands of the new leader.

The Chinese party-state is exceptionally dependent on its leadership. It was Mao’s absolute power that caused the catastrophes of the Great Leap Forward and the Cultural Revolution. It was thanks to Deng’s authority that China could turn to economic reform.

But these two leaders, although both strong, were radically different. Mao was ideological. Deng was pragmatic. While Mao’s ideology spelled disaster, Deng’s pragmatism was productive and prevailed during the golden years.

Since Xi became general secretary of the party, he has gathered all the reins of power in his own hands. Systematically, step by step, relentlessly he has concentrated power – politically, economically, militarily – in the country to Beijing and in Beijing to the party and himself. He has boosted his own authority with a veneer of person-cult, recently having himself anointed “core leader”.

He is also reverting to ideology. The party-state needs legitimacy. Being less able to rely on economic growth, it become smore dependent on ideology. Xi admonishes cadres to “embrace the spirit of Mao Zedong” and to “make work in the ideological sphere a high priority in your daily agenda.”The grey leaders boasted of economic prowess. The new one peppers his speeches with ideology and discipline.

Ideology is a dangerous force. Political leaders make their own ideologies, but then, when they take hold, become the prisoners of their own creation. Ideologies explain history and destiny in a way that seems truthful to all who are entrapped in them. They become belief-systems and make people, both leaders and the led, believers.

The destructive force of ideology has been seen in Hitlerism, Stalinism and Maoism.The belief in ideological truths justifies the most brutal of means. When powerful leaders turn to ideology, there is always danger and others must pay attention.

Xi’s ideology is not Marxism, which is no longer credible. He is looking back to Chinese history and to its constant theme of national greatness. That is the tradition he has condensed into his slogan of the “China Dream”.

Xi launched the China Dream in November 2012 against the backdrop of the National Rejuvenation exhibition in Beijing’s National Museum, in front of the new Standing Committee of the party. He spoke about Chinese rejuvenation as “the greatest dream of the Chinese nation in recent times” and of how “each person’s future and destiny is closely linked with the future and destiny of the nation.”

That’s the stuff of ideology. Xi is reviving a vision of nationalism, strength and glory that has resonance in Chinese imagination and tradition. In this narrative, nation is everything and people, “each person”, secondary.

The China Dream quickly became the story that all who need or wish to display loyalty pay lip service to. It is everywhere in official policy documents and on official and quasi-official websites. It is the crescendo with which premier Li Keqiang has concluded his recent reports to the National People’s Congress. It was even the heading for this year’s aggressively patriotic New Year’s Gala on national television.

Ideology is never innocent. Flirting with it is to release forces that may get out of control. A sate under one-person ideological leadership is fundamentally different from one under pragmatic and collective leadership. An ideology that puts nation ahead of people is ultra-dangerous.

(The author, a Norwegian political scientist, is emeritus professor at the University of Oxford. His book The Perfect Dictatorship: China in the 21st Century is being published by Hong Kong University Press)