Life on the Line

For villagers living along the border in Jammu, injury and property damage have become routine fears 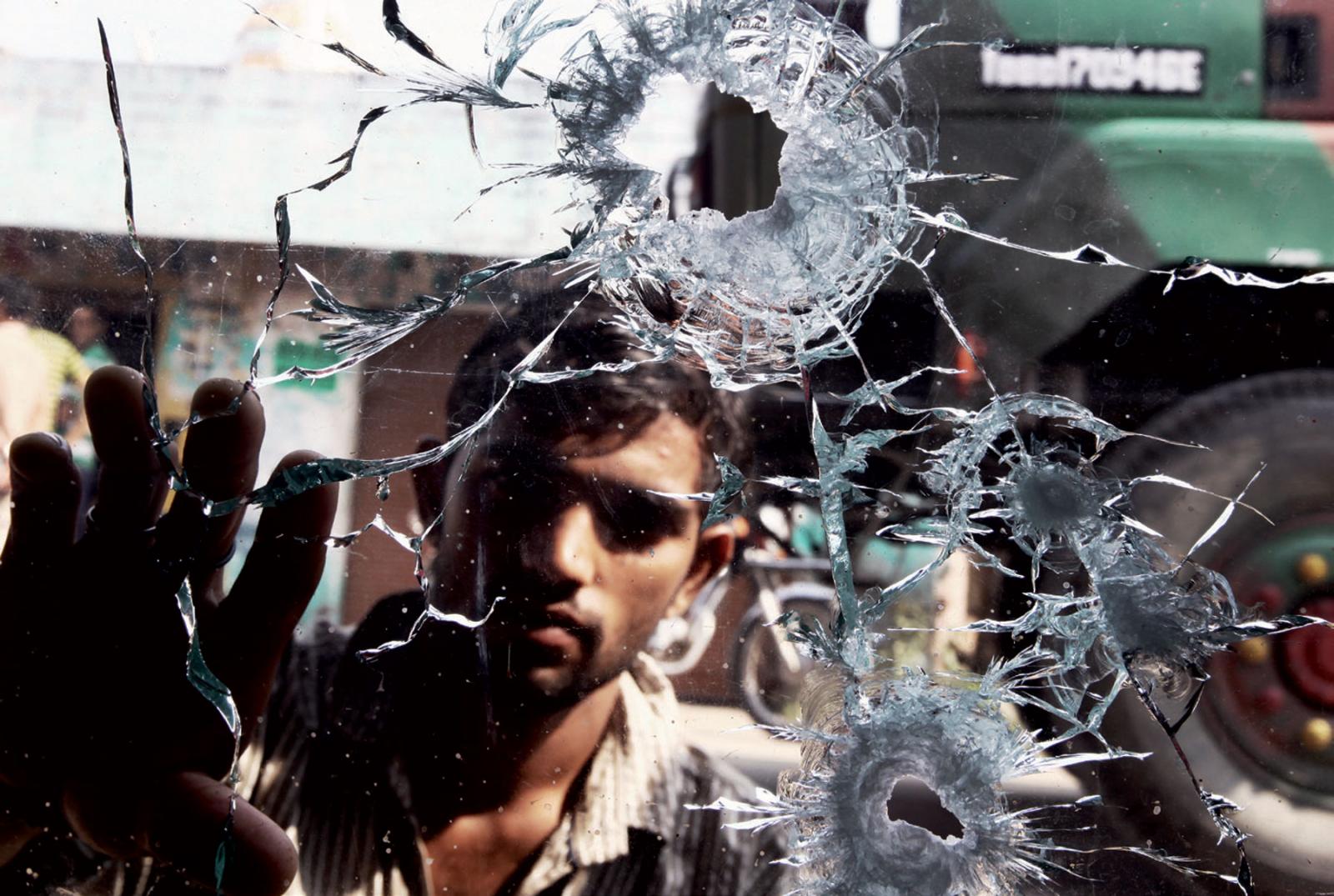 For villagers living along the border in Jammu, injury and property damage have become routine fears


The quiet night was broken by a volley of bullets, followed by mortar shells, triggering panic among residents. “We first thought a gun-battle had broken out, but minutes later the firing stopped,” says 60-year-old Ram Lal, a farmer from Garkhal, a village about 35 kilometres from Jammu, right on the international border with Pakistan. On the night of 24 October, Ram Lal was asleep on a balcony off the room where his wife and children slept. The weather was pleasant. At around 11 pm, he heard gunshots in the distance. “Then there was a thunderous noise just outside, in my yard, and by the time I could get up, I was already in a pool of blood.” He had suffered splinter injuries to the torso and thigh.

Shelling by the Pakistan Army continued through the night, damaging homes, crops and cattle belonging to residents of Garkhal, barely two or three kilometres from the border. Neighbouring villages on the border such as RS Pura, Kanachak, Ramgarh and Pargwal, too, have been affected by recent ceasefire violations. Many people living in the Akhnoor sector were seriously wounded and forced to leave their homes. This is causing a small-scale civilian migration inland from border villages in Jammu, the first since the wars with Pakistan in 1965 and 1971.

Pakistani troops have reportedly violated the bilateral ceasefire agreement signed between the two countries in 2003 more than 120 times this year along the Line of Control and the international border in Jammu. According to villagers in the area, similar damage has been done by Indian troops to Pakistani villages on the other side.

At night, residents of Garkhal say they keep their lights off and sit in dark corners of their homes to avoid being hit by bullets from snipers stationed at sentry posts just across the border, easily visible from the village. The firing has made it difficult for villagers to tend to their crops.

“Earlier, our parents used to work in the fields,” says Sonu, a farmer, “but since the ceasefire breaches have increased, village youth have had to carry out all farming and cattle-rearing chores. If there is another firing, at least we will be able to run for cover and save our lives, but our parents are too old to run and take shelter. ”