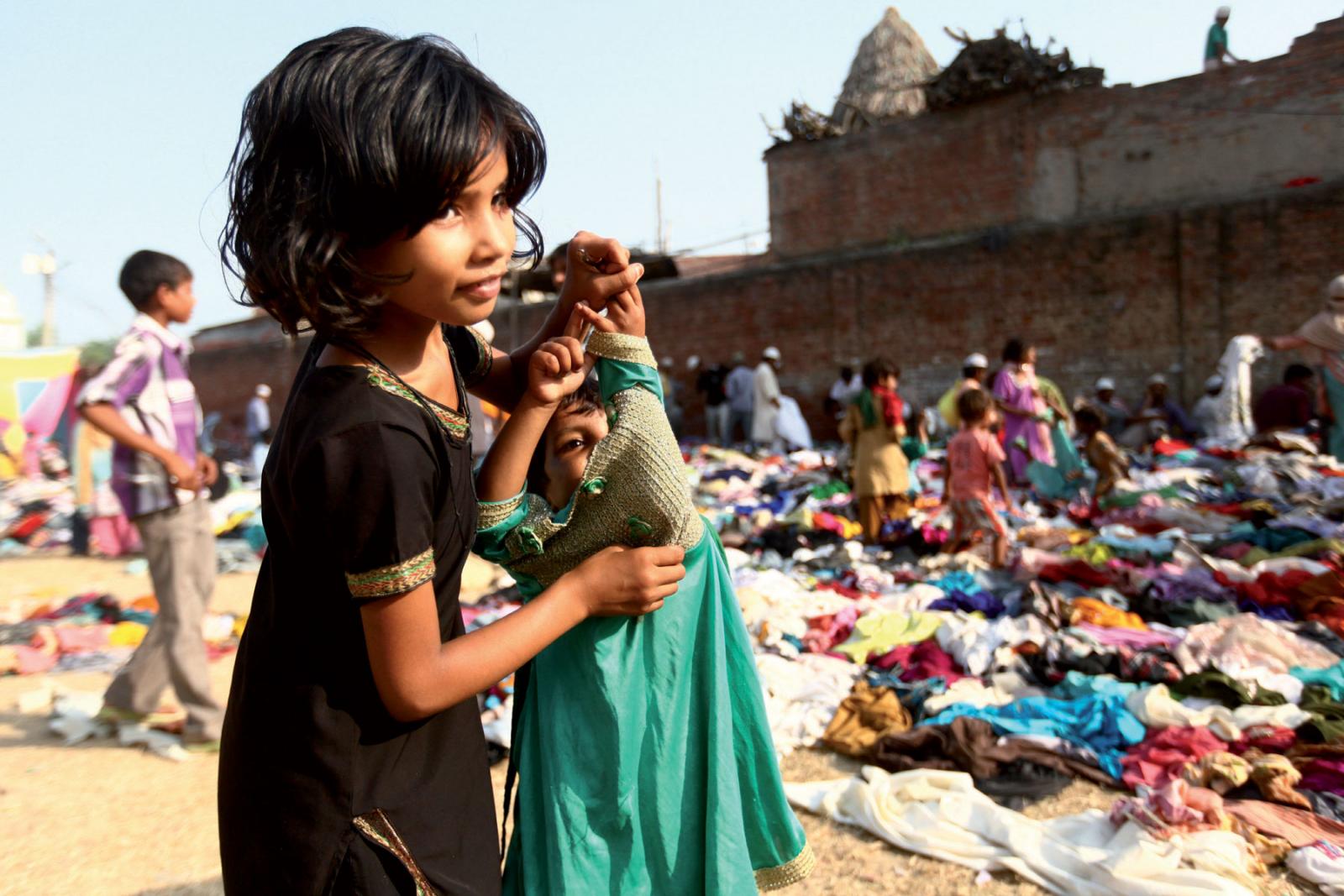 1. A young girl dresses another in donated clothes at a relief camp in Kandla village, also in Shamli

3. Two women and their children at Kairana

4. Children wait to be attended to at a medical relief camp in Kairana village, Shamli district

Sheroon, from Kudba village, has taken refuge in madrassa Ishaa-atul-Islam after losing 12 members of her family in the violence

Mohammed Sabir of Lisad village is still waiting to get access to the bodies of his parents so he can give them a proper burial. Both were burned alive in the riots

Shabnam misses her friends, and has been pressing her mother to tell her when they can return to their home in Tugna village

Shaukat Ali from Tajpur Simalgah says his four-yearold son Aris now sleeps with a nailfile, having witnessed his grandfather’s death at the hands of a mob that attacked the village, stabbing him through the stomach with a sword as he tried to shield another grandchild. Shaukat Ali claims this happened in the presence of the police. As he fled to another village with his family, he says, they were pelted with stones