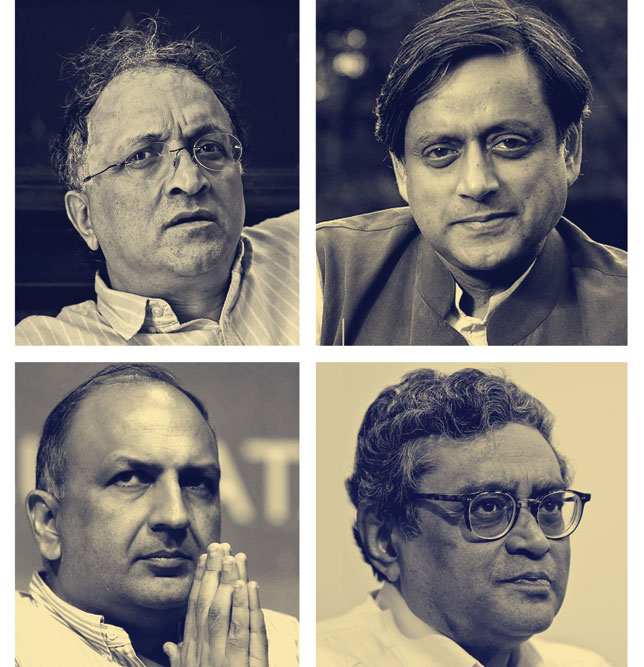 Pratap Bhanu Mehta is, arguably, India’s most famous public intellectual. Loved by many, hated by many others, he is India’s dissenter-in-chief who brandishes his intellectual honesty in word and deed. Recently, his thoughtful speech on liberalism evoked great interest at a time when conservatives are busy announcing its demise the world over. In the days of the UPA Government, his comments were lapped up by right-wingers who, after Modi came to power in 2014 and when Mehta trained his guns at the new dispensation for not adhering to constitutional proprieties, turned his detractors. His columns, full of sharp pronouncements and novelty, are always widely read and discussed. This alumnus of Oxford and Princeton universities has become synonymous with the expression ‘public intellectual’, just as Amartya Sen is with ‘the argumentative Indian’. Mehta, now vice- chancellor of Ashoka University, plays his part to perfection. In an India where intellectualism is despised with gusto, Mehta strives to fulfil what Edward Said had said of an intellectual’s mission in life: to advance human freedom and knowledge.

As an effortless public speaker and prolific writer, Shashi Tharoor has earned a reputation for his finesse and control. With a penchant for bringing lesser known words in the English language into the spotlight, his role as a commentator on politics, foreign policy and culture is something he does by mixing substance with fun. Like Mehta, he, too, provokes his audience as well as readers. For a powerful orator who can take on empires and easily meld with the role of a writer with immense ease, he has relentlessly produced best-selling books and attracted controversies. When it comes to the debates that follow, the lawmaker from Thiruvananthapuram has often had the last laugh.

Swapan Dasgupta knows only too well that he has a tough task cut out for him. While it is okay for conservative politicians to target the educated elite and thrive at it, a conservative intellectual has to walk the tightrope of not yielding to temptations. His columns are proof that he tries, successfully, to resist the coarsening of our cultural space and growing anti-intellectualism. Unlike writers who cash in on their linkages, Dasgupta, a Member of Parliament in the Rajya Sabha, most often refuses to get carried away by rhetoric and puts the spotlight on the merits as well as shortcomings of policy decisions of the Modi Government, be it the Budget or any other announcement. Well-read, articulate and highly educated, this well-known journalist and political commentator lives up to the definition of a conservative intellectual. His recently published book, Awakening Bharat Mata: The Political Beliefs of the Indian Right, provides an intellectual framework to a political tradition.

Ramachandra Guha, like Tharoor and Dasgupta, is active on Twitter and airs his comments on a range of subjects from cricket to environment to Modi and, of course, history, his specialisation. An astute Gandhi scholar and modern Indian historian of repute, he has been the target of vicious attacks by right-wing internet trolls. Guha, who has now joined the Indian Institute of Science as the Satish Dhawan Visiting Professor, had earlier shelved a plan to join a university in Ahmedabad following politically motivated protests. He has remained undeterred in talking about Modi’s politics of ‘self-love’. Guha is a multi-faceted and an influential thinker who has left a mark in Indian political and cultural discourse. His views are as eclectic as they are provocative.