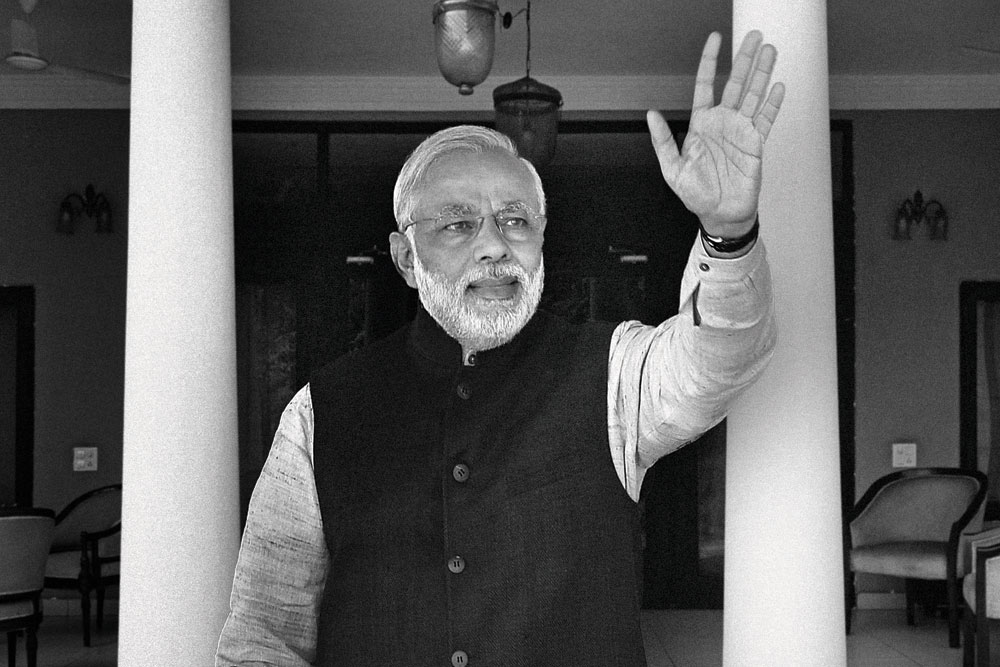 Change is a word made redundant by the banality of politics. Still, there comes a moment in the life of nations when one man, with the breadth of his ideas and the depth of his conviction, breaks the dead certainties of the time. Five summers ago, Narendra Modi, after one of the longest—and even loneliest—campaigns in modern politics, did exactly that: his election as Prime Minister marked a historic rupture and a new beginning. It was his arrival in Delhi in 2014 that heralded the official fin of the Congress siècle. Everything has changed since then: the idea of the nation, the assertion of the political Hindu, the redundancy of liberal ventriloquism and a new moral order in politics. As flamboyant ascetic, 24×7 administrator, moderniser and relentless nationalist, Modi dominates and defines the political arena. With his resounding reassertion in the last General Election, he has become one of the world’s most powerful rulers in a democracy.