Visionary and the First Lady of Mumbai 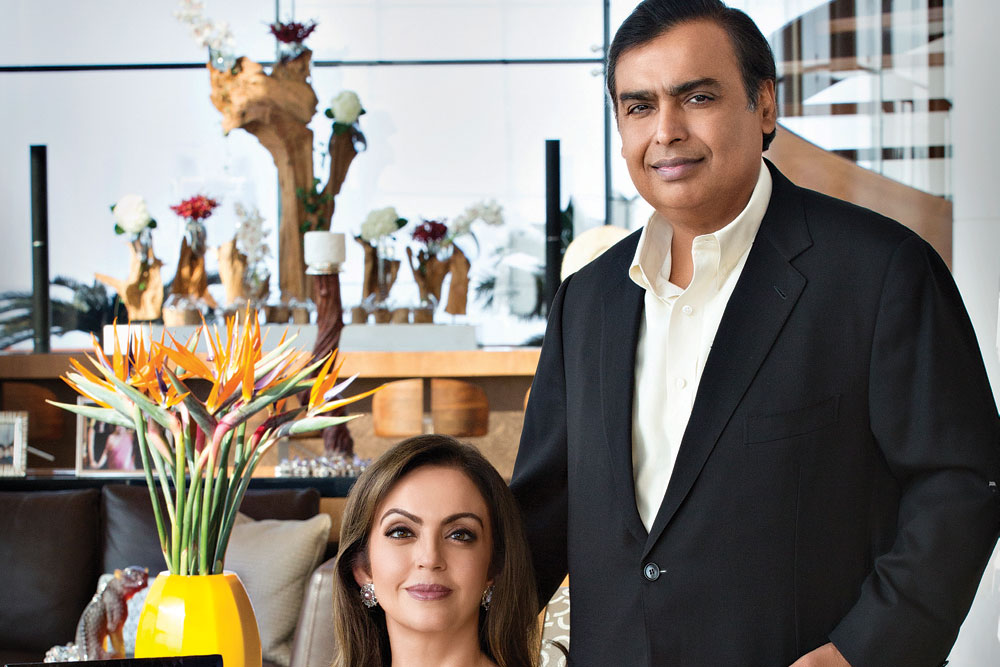 For close to eight years after the 2008 global financial crash, Reliance Industries Chairman Mukesh Ambani remained muted. But that was only the lull before the storm he was about to unleash. The building blocks of Jio were slowly being laid in place as he took his time launching it. Jio is only by label a telecom venture, but Ambani’s grand ambition is evident in the many disparate businesses—from retail to media and entertainment to fintech—that he aspires to bring under it to do a complete ring-fencing of the Indian consumer. He has already upended the telecom industry, making data and calls unbelievably cheap. As Ambani broadens Jio’s horizon, the consumer will be in for further bonanzas in other sectors. If anyone had a question a decade ago on Reliance’s next orbit having achieved its extraordinary size, it has been comprehensively answered. In Ambani’s execution of the future might lie India’s answer to multinational giants like Amazon, Google and Alibaba.

For reinventing the image of the tycoon’s wife from famous spouse to one of the biggest supporters of sport in the country, from owning an IPL team to having a partnership with sports management firm IMG, to being the sole Indian member of the International Olympic Committee. She runs a top-notch school for Mumbai’s best and brightest, and her version of private family celebrations has set new benchmarks in ‘How to Spend in a Sanskari Way’. She chairs the Reliance Foundation and sits on the board of EIH, the company behind the Oberoi luxury hotel chain. But it is her relentless championing of her three children which every mother, rich or poor, relates to. If there ever were a culturally appropriate role model for this era of 21st century social media and 19th century social values, it may well be the devout Birkin-bearing Mumbai Indians’ big boss. Whether it is praying in the clubhouse for her team’s victory or recording a birthday message surrounded by sweet treats, she is the Mother Made in Heaven.